Kishore Kumar: A legend we can never forget 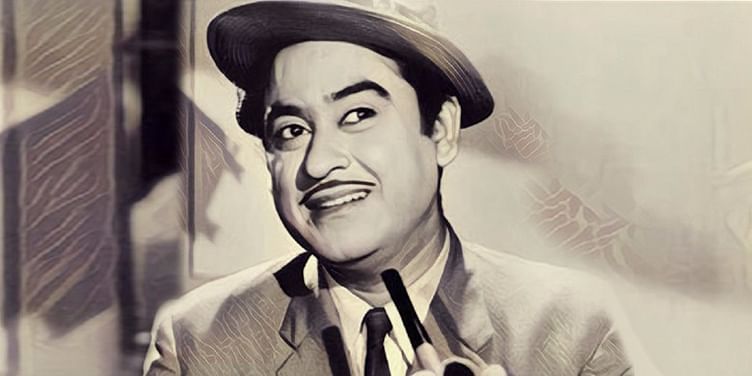 The feeling of nostalgia that comes while listening to this legend is incomparable. On his birthday, although he is not with us today, we remember him with fond memories that his songs and movies have given us.

If you are a kid born in the 90’s, you might remember that big Tape Recorder in the house. Especially if your parents are music lovers, there would be a big cupboard or a shelf filled with cassettes. Many of which would have songs as old as our grandfathers’.

When I was young, we had a good collection of cassettes that my father had brought with him when he relocated from Rajkot to Bangalore. These cassettes held the memory of his youth and all the songs that had touched his heart in some way. He would be out on tours most of my childhood but the times he was there, he would spend with us.

During these times he would take out his favorite cassettes and we would listen to a medley of artists that were extremely old or fairly new, depending on my parent’s mood at the time. In one of those long relaxing sessions that I spent with them, I developed a liking for old songs. Now don’t get me wrong, I love new and upbeat songs. But listening to a Lata Mangeshkar or Kishore Kumar would remind me of the time I spent with my parents in that little house of ours.

It brought a sense of nostalgia. I think that one of the first songs of Kishore da that I fell in love with was ‘Kehna hai aaj tumse pehli baar’. Since then I started listening to a lot of his songs. His voice and his style of singing were completely different from the rest. And it was not only the songs that were amazing, his movies were also full of magic. 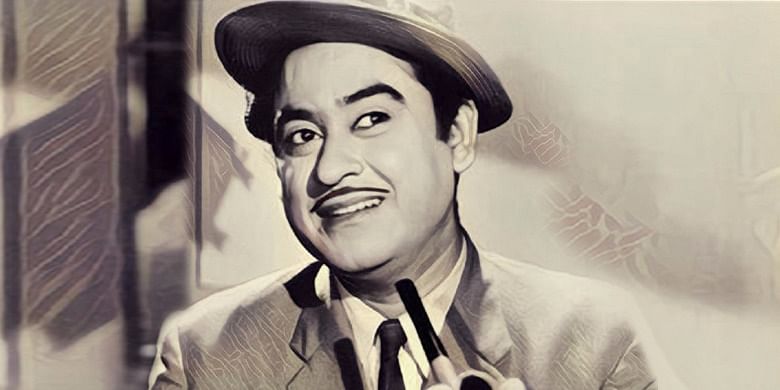 Today is his birthday. Although he is not there with us, there are many life lessons to be learned from his journey in Bollywood. Some which I would like to share with everyone. Although most of you who have been there during his reign as one of the most sought after singers would know most of it.

Hailing from a small village called Khandwa, he was introduced to Bollywood by his elder brother, Ashok Kumar. In his first movie, he was working with Ashok as the lead actor. Although he repeatedly told his brother that acting was not something he liked. His brother kept pushing him to do more movies and excel as an actor. He did not give up on his wish to sing, although he did as his brother had asked and acted in movies.

His brother wasn’t happy with his decision to take up singing. He would try and get Kishore back into acting but it did not work out. Due to this, there was a lot of tiffs between the two brothers. Nonetheless, Kishore da was known to be an eccentric man. He tried his best at bad acting to make sure the director would kick him out of the movie.

It was not easy for him to get into the music industry as he had no formal vocal training like many of the singers of his time, it was harder for him to get a break. Music producer S.D. Burman was said to have discovered him as a singer and gave him the advice to create his own signature singing style. He was so serious about making it as a singer, that he followed Burmanji’s advice. He introduced yodeling into his songs and it turned out to be true a Kishore Kumar style that no one could beat.

Once he had formed his own style there was no stopping him in taking over the music industry. His voice was so amazing that it was said to have fit the personality of many actors from that era. There were times when he actually made the lyrics of the song while singing it in the recording room. And another when he sang in the voice of both male and female voices. This is a true example of his passion and talent when it came to music.

He ruled the music industry. He sang for many actors like Rajesh Khanna, Amitabh Bachchan, Dharmendra etc. Won the Lata Mangeshkar Award, in fact, later an award by the name of National Kishore Kumar Award was introduced. He has also won close to 8 Filmfare Award for the best playback singer male. He was also a Director, Lyricist, Actor and Producer for few films. A gifted and multi-talented human being.

Like I mentioned earlier, he was a very eccentric man. He had a policy that he would not work without a full payment before he actually comes on board. And he has said to have lost his mind and done something completely different and weird every time someone forgot to pay him money. He also had a board on the door of his flat that said “Beware of Kishore” and is rumored to have bitten a producer when he extended his hand for a handshake after he had paid Kishore his dues.

Although he sounds like a stingy person he was actually quite helpful. He financially supported a friend with his film. And sent regular money to the family of another friend who had passed away.

It is true when people say there can be only one Kishore Kumar in the world. Even though he is no longer among us, he has left his mark in the music industry. He is a legend like no other.