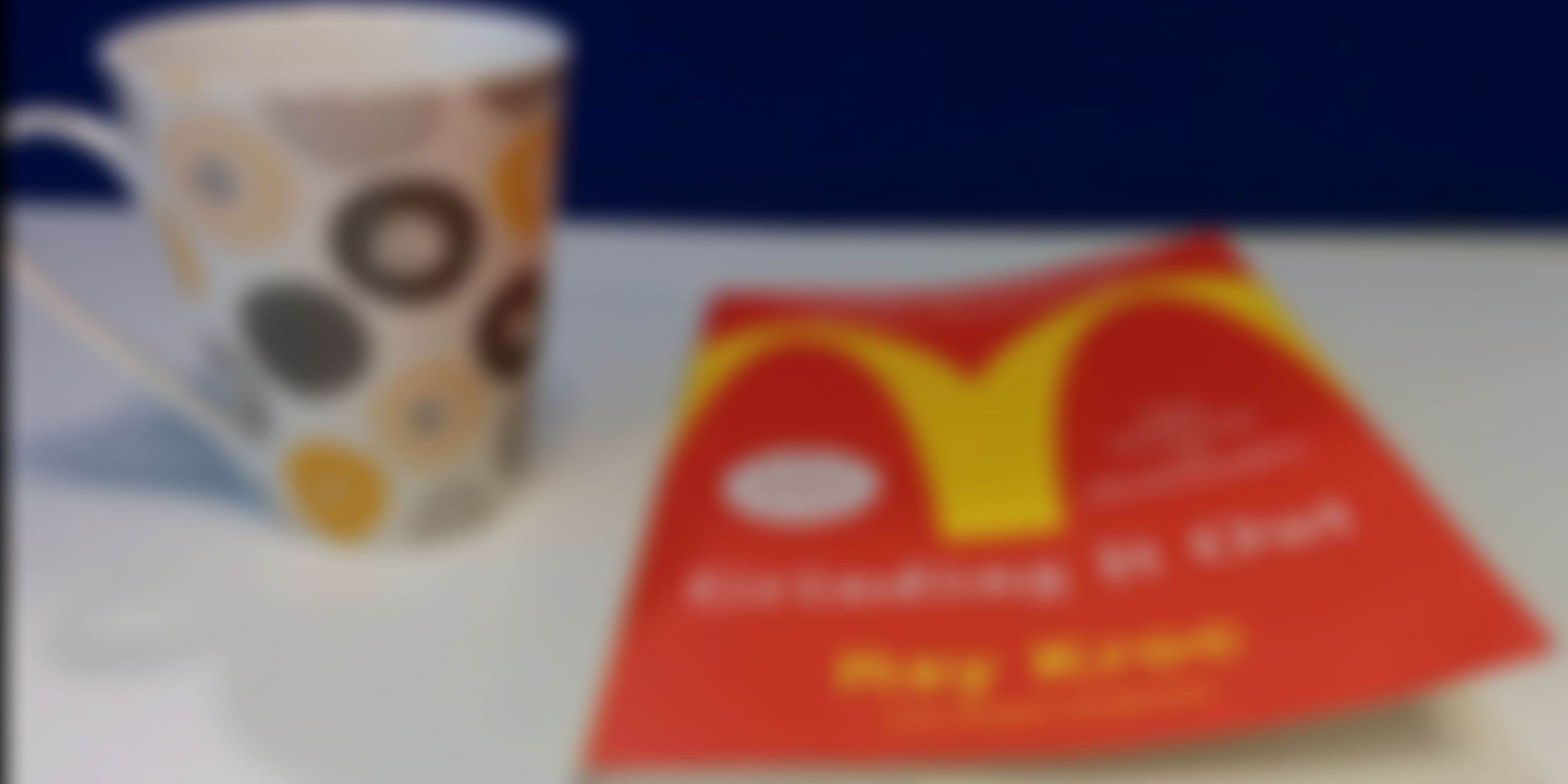 Lessons from the Autobiography of Ray Kroc - "Grinding It Out"

Recently, I caught a movie about a 52-year-old diabetic man, who is suffering from incipient arthritis. He has lost his gall bladder & thyroid gland to previous business battles and is struggling to sell a multispindle milkshake mixer (Multimixer) to restaurant owners across America in the 1950's.

His name was Ray Kroc and he was the creator of what we know today as the omnipresent McDonald's.

Although the movie was not well-received it was really interesting to watch the not sugar coated biopic. The movie got me interested in knowing more about this 'Founder'

There had to be more to the story of the Godfather of the fast food business. So, I got my hands on his autobiography "Grinding It Out" and without a doubt, it is one of the best books that I have read.

It is a must read for budding entrepreneurs and professionals alike. 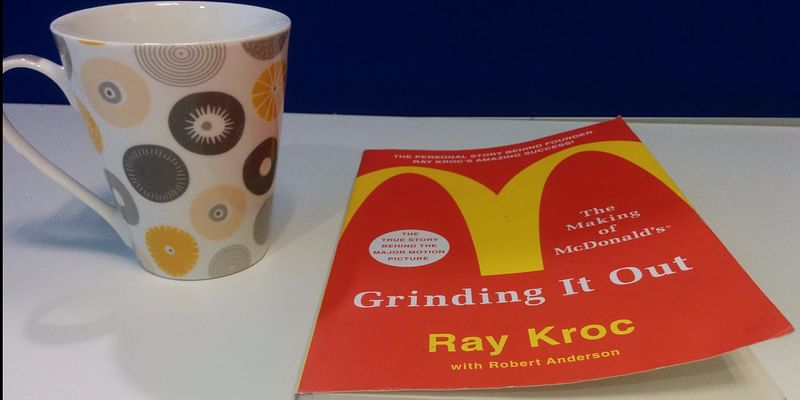 Here are 6 powerful lessons that you can learn from Ray Kroc's life and career :

Ray Kroc always believed that it was sheer hardwork and unrelenting perseverance that leads to success.

" Nothing in the world can take place of persistence. Talent will not; nothing is more common than unsuccessful men with talent. Genius will not; unrewarded genius is almost a proverb. Education will not; the world is full of educated derelicts. Persistence and determination alone are omnipotent. "

Persistence also includes your unwavering faith in your moral belief system. Ray Kroc said that his philosophy was one helping his customers, and if he couldn't sell them by helping them improve their own sales, then he wasn't doing his job. This philosophy is was carried on by Kroc is what drove the symbiotic relationship between McDonald's corporate and the franchisees.

A lot of budding entrepreneurs and professionals want instant success and get frustrated when things don't turn out the way that they had planned. Ray Kroc was not highly educated, but Grinded it out in the field, juggling multiple jobs as a salesman and a piano player. He grabbed opportunity wherever he could and was happy working hard day and night. Each and every phase in his life prepared him for what was going to be a once a lifetime opportunity. Age didn't matter to him. He kept on working even when McDonald's had become a success story and he was finding it difficult to walk. He went on to buy a baseball team "San Diego Padres" at the age of 72 and became a philanthropist.

His success story is an example of how opportunity can come knocking at your door any time. All one has to do is to see it and be ready to take advantage. Life is a roller coaster ride. Success is not an end goal, but an eventuality of the journey itself.

Life is not fair

Ray Kroc had tried and failed on multiple occasions. He was successful salesman, whether it was selling real estate, paper cups or a weird looking milkshake makers. But he never could really taste success. Whether it was because the collapse of the real estate market or the bad deals that he was forced to make. Ray Kroc's first wife Ethel was supportive initially but was flabbergasted at his decision to go all in for McDonald's. Sometimes in your life you will be the only person who believes in something and life will not be easy - Don't loose sight of your goal.

" We are not in the Hamburger business, we are in the Real Estate business "

They also continuously adapted to changes. One unique thing was how Ray Kroc and his team took ideas from franchisees across the country to create new menu items. The famous Filet-O-Fish, the Big Mac, Egg McMuffin are ideas that came from the franchisees and are served in almost every McDonald's in the world.

Maurice "Mac" & Richard "Dick" McDonald's where the original founders of McDonald's. But they were content with their original restaurant and afraid of franchising. They were also very conservative in their approach to changes in business. Ray Kroc saw the potential of the speedy service and family-oriented model of the McDonald's brothers. But he was saddled with an unfair agreement. After years of negotiating with the brothers unsuccessfully, Kroc took a drastic step to outwit them by gaining control of leasing agreements of all McDonald's franchises. The McDonald brothers lost control of their corporation and had to settle for $2.7 million.

Although this can be characterized as being nasty, after reading his book I felt that his moves were dictated by his previous unfair agreement with his boss at Lily Cup when Kroc was forced to share his profits on the Multimixer sales with him. This led to the downfall of his last business venture and Kroc never wanted to repeat the mistake. Also, $2.7 million in the 1960's was a lot of money and I feel that he was fair in this deal. In the end it was best for the business. As Ray Kroc himself said -

" I believe in God, family, and McDonald's - and in the office, that order is reversed "

Ray Kroc once fired a member of his staff because he didn't wear the right kind of hat and didn't keep his shoes shined. He agreed that this kind of decision seemed arbitrary, but it was based on his years of experience in the field. He explains that an astute judgment can seem arbitrary to everyone but the man who makes it. A lot of his big decisions including the one to go all out and mortgage his home for the McDonald's franchisee business was based on Gut feeling about an idea. Random & unstructured they might be, but do not ignore your gut feelings.