What should you know about cloud computing? 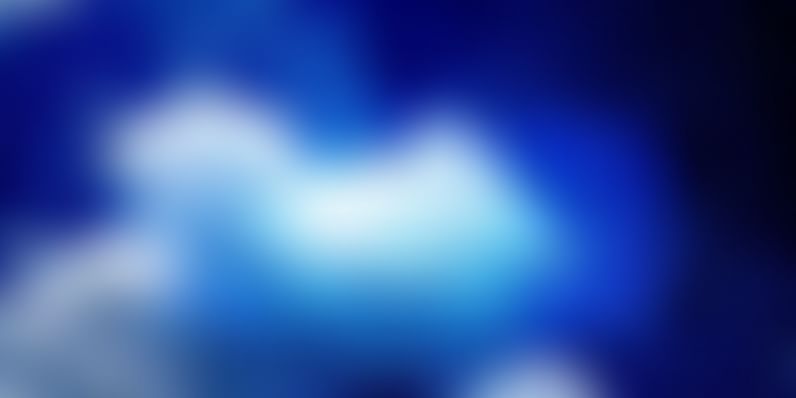 Get all the information you need at one place before embracing it.

Technology has played a vital role in evolving our world. Now we have numerous efficient ways of conducting our work. One such innovation, which has made our data and business secure is cloud computing. Today it is not just about cloud computing basics such as PaaS, SaaS and IaaS offerings, it has developed beyond it and now act as an engine of innovation in enterprise technology. 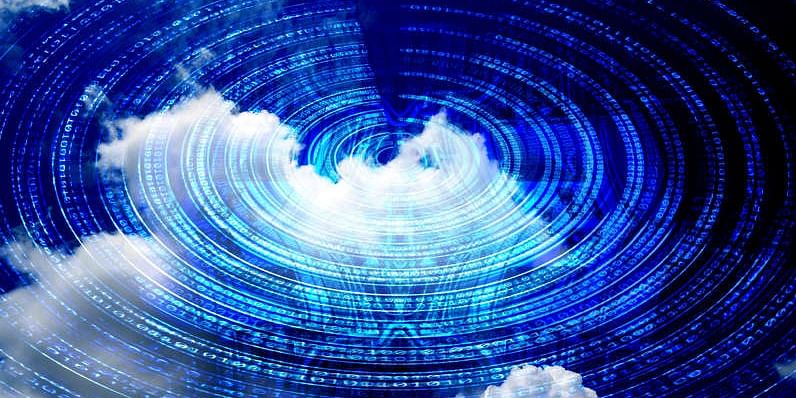 Why do we call it a cloud? The habit of drawing a cloud in network diagrams by developers while indicating internet gave it the name of cloud computing. It is the on-demand delivery of computing power, applications, database storage, and other IT resources through a cloud services platform with the help of internet for a fixed price. In simple words, it relates to operating workloads over the internet in a data centre which is known as “public cloud". Few famous examples of cloud computing services providers are Google Cloud Platform, Salesforce’s CRM and AWS (Amazon Web Services).

Now the first question which pops up in everyone's mind is how public cloud owners run their operations. It can be described in a single line, and that is the central management and virtualization of data centre resources as software-defined pools.

It is more like a technical explanation of cloud computing. But from a user viewpoint, a public cloud presents you a way out of gaining new capabilities. With cloud computing, you don’t have to make massive investments in hardware as well as software and spend a significant amount of time on managing it. Alternatively, you can get the right size and type of computing resources on demand for your business or IT department. It gives you the power of instant access from anywhere by just paying for what you utilize.

By filling up few web forms, you can create an account with your choice of service partner. Once you are done with account generation, then you can provision new applications and much more as per your wish. It also provides a feature of auto-scaling which helps you in adding computing resources or more users. It observes the applications and then automatically adjusts capacity to maintain predictable and steady performance at minimum cost.

Following, we have discussed the types of cloud services from which you can choose as per your requirement. It will provide you insights for better decision making for your business.

What sort of variety can you get in could services?

There are several alternatives present in the industry, but below we have described some options from which you can select:

Software as a service (SaaS)

It is a software distribution model under which a third-party service provider hosts applications and present them to consumers via the internet. Google’s G Suite, Microsoft’s Office 365 and Salesforce are some of the examples of such services. Almost every firm applications like Oracle ERP suites and SAP work on SaaS model only. With it, you don't have to install and run applications on your systems or data centres. Saas helps you in reducing the expenses which incur on hardware acquisition, installation, maintenance, software licensing, provisioning, and support. It provides extensive configuration possibilities and development environments which empower users to implement their additions and modifications.

IaaS (infrastructure as a service)

Amazon Web Services is the first one who offered IaaS. Now players like Google (Cloud Platform), Microsoft Azure, and IBM (Cloud) are also providing this service. IaaS is an instant computing infrastructure which is managed and provisioned over the Internet. Under this model, you get computing and storage services on "pay per use" basis. The advantages of IaaS are that it is faster and more cost-efficient to run a workload without having to manage, buy and support infrastructure.

PaaS (platform as a service)

Platform as a service is another model of cloud computing under which a third-party provider offers software and hardware tools needed for application development over the internet. In this, the service provider hosts the tools on its infrastructure which in return gives freedom to a consumer from investing in installing in-house software and hardware to develop a new application.

It provides numerous services for developers which helps in accelerating the development, and deployment of all applications. Force.com and Salesforce’s Heroku are some of the leading examples of PaaS. For mobile apps, MBaaS (mobile backend as a service) is used by developers which is a tailored version of PaaS.

FaaS (framework as a service)

Framework as a service is a server-less computing model which adds a layer of abstraction to PaaS. It is a blend of SaaS (software as a service) and PaaS (platform as a service). In this, a service provider presents a software framework which can be customized to meet business needs by providing the foundation on which one can develop an application or system quickly. Instead of wasting time with containers and virtual servers, as well as application runtimes, developers can upload blocks of code and set a trigger which will set off only when some event such as upload of file or form submission takes place. Due to this, it does not consume IaaS resources until and unless an event occurs which helps in reducing pay-per-use fees. There are several leading brands which offer FaaS like Azure Functions, AWS Lambda, IBM, Google Cloud Functions, and OpenWhisk etc. from which you can choose.

Private cloud presents you similar advantages just like a public cloud which includes scalability and self-service but through a proprietary architecture. Public clouds cater to multiple organizations whereas a private cloud is dedicated to fulfilling needs of a single company. It downsizes the technologies used to run IaaS into software that can be operated and deployed in the customer’s data center. It helps in minimizing management as well as manual provisioning. VMware’s "Software Defined Data Center stack" is the most famous software of commercial private cloud and OpenStack is one of the open source leaders.

It is a computing environment which combines a private cloud and a public cloud. Hybrid cloud computing enables a company to seamlessly scale their on-premises infrastructure up to the public cloud to handle any overflow when computing and processing demand fluctuates. It does not give access to the third party data centres for data safety. With a hybrid cloud, firms gain the computing power and flexibility of the public cloud for non-sensitive and basic computing tasks, while keeping applications and data safely behind an organization's firewall.

It offers application functionality that can be utilized by anyone. An API is a software intermediary through which application programs can interact and share data. For instance, if you are developing an application and wish to integrate it with social media, then you will call APIs which are maintained by Facebook, Twitter, or LinkedIn which is shared by many users. One such company who has used public API's brilliantly is Twilio. It has built a thriving business of delivering messaging and telephony services through public APIs.

iPaaS (integration platform as a service)

"Integration platform as a service" is a set of tools for connecting software applications that are deployed in different environments. It is frequently used by large companies which operate on business-to-business (B2B) model and need to integrate on-premises applications and data with cloud applications. An IPaaS platform offers business rules, pre-built connectors, transformations and maps which expedite the development of integration flows and API management. Some providers also give custom development kits for linking mobile and social applications with legacy applications.

IDaaS (identity as a service)

It is an authentication infrastructure which is hosted, built, and managed by a third-party service provider. It is more like a single sign-on (SSO) for the cloud. Usually, enterprises purchase it as a subscription-based managed service. One of the challenging security issues related to cloud computing is the administration of consumer identity and its rights as well as permissions. iDaaS service providers keep a record of user profiles that verifies users and only provide access to security policies, individual privileges, and user groups. Okta is the leading brand in offering IDaaS followed by Microsoft, Centrify, CA, IBM, Oracle, and Ping.

With the help of platforms like Microsoft Teams, Slack, and HipChat now you can communicate with peers without any hassle. A collaboration platform is a section of business software which offers broad social networking capabilities to work processes. These solutions are SaaS applications which support chat messaging and also allows file sharing such as audio as well as video communication.

It is a cloud computing model which is designed for a specific industry or sector such as healthcare, financial services, retail, and life sciences. Key players such as Microsoft, IBM and Google provide PaaS clouds to empower customers to build vertical applications that target API-accessible and industry-specific services. It is capable of accelerating domain-specific B-to-B integrations.

What are the advantages of cloud computing

A significant advantage of cloud computing is the reduction in the time to market the applications which need to scale. Developers are increasingly getting aligned with cloud due to plenty of new and advanced features that can be fused into applications.

Although sometimes for reducing data centre resource requirements, companies sometimes move legacy applications to the public or commercial cloud. The real advantages are to the new applications which take benefit of “cloud native” attributes and cloud services. Microservices architecture, container management solutions such as Kubernetes and Linux containers to enhance application portability compose container-based services which come under "cloud native" attributes only. Following we have summarized the advantages of cloud computing so that you can have a better insight.

• Pay only for what you are using

Now you don't have to invest in data centres and servers as with cloud computing, you have to pay for computing resources which you have utilized.

You can achieve a lower variable cost with cloud computing solutions as compared to on your own. For example, Amazon Web Services can achieve higher economies of scale because it has a huge user base which translates into lower cost.

When you access the capacity before deploying an application, it is possible that you may end up with expensive idle resources or limited capacity. With cloud computing, you can eliminate such issues as you can access as much or as little you need.

Due to easy availability of such infrastructure now you don't have to wait for days as IT resources are only a click away, which reduces the time it takes to make those resources available.

One of the major concerns which are faced by users is cloud security, although the renowned brands have shown that they are capable of providing better safety of data from attacks than the common enterprise data centre. Here identity management, as well as an integration of security policy among customers and public cloud providers, play a vital role. Government regulation may also inhibit users from allowing critical data off the premises which somehow discourages consumers. Risk of the long-term operational costs and outages are also the factors which users contemplate before choosing cloud computing. 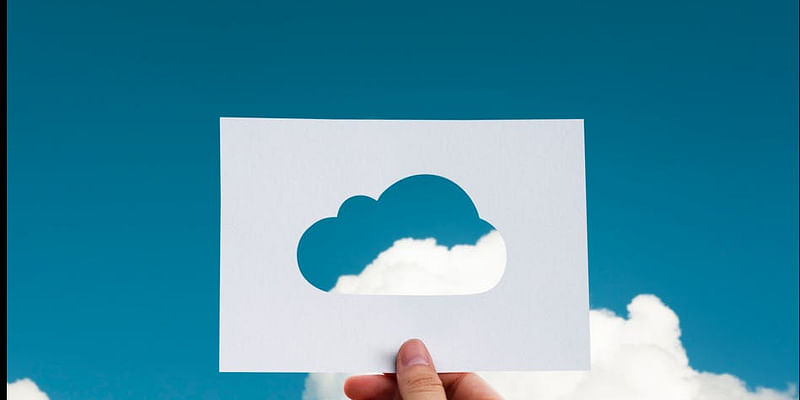