Social Media- nothing social about it! 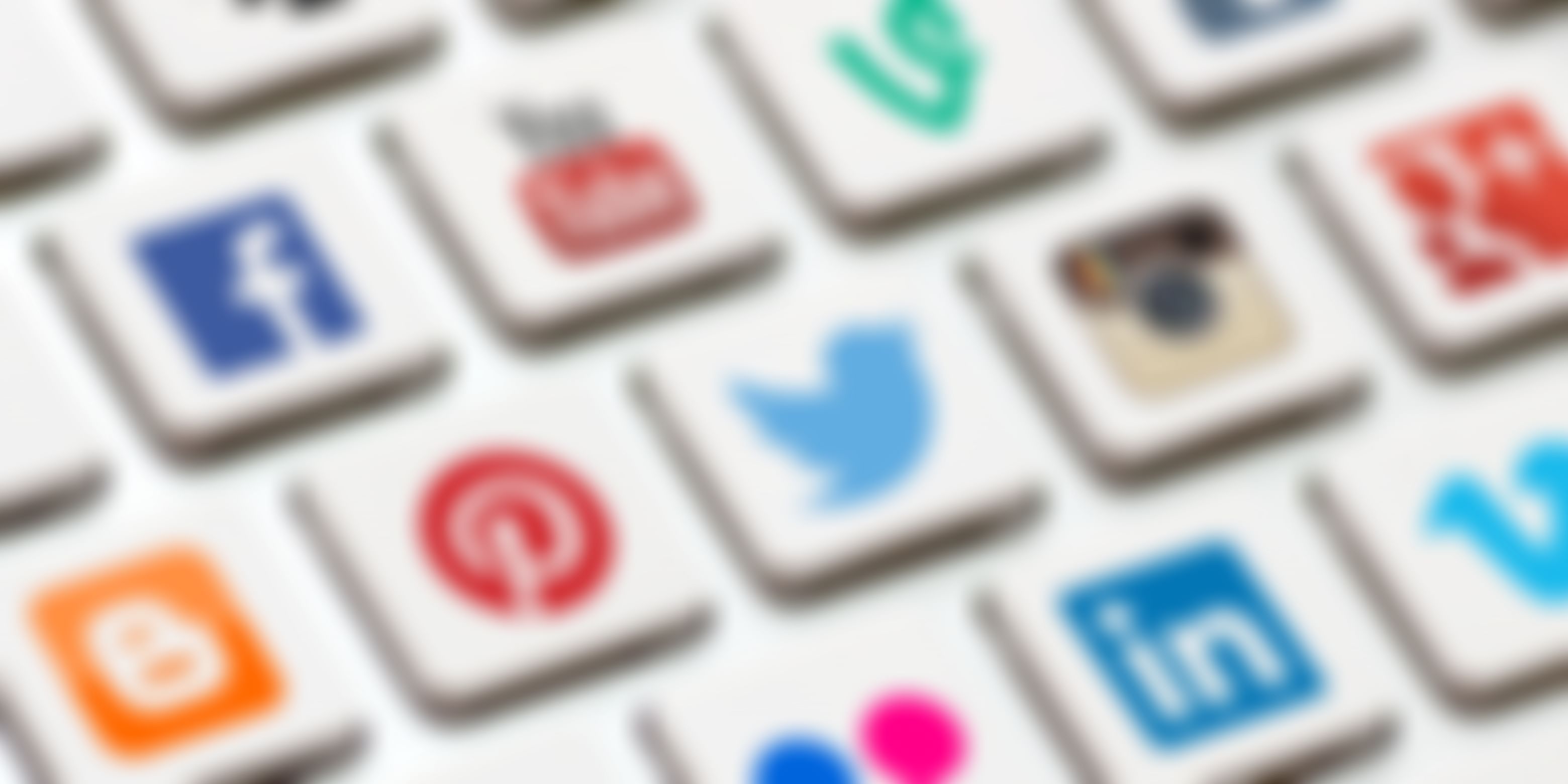 Imagine a scene of a typical day at Starbucks Coffee (country agnostic!) when many a footfalls clear the venerable inventory with an aura of showmanship! But that's not what is important. The most interesting thing about the place is that it gives you a glimpse of a collective mania of the recent proliferation of social networking sites at its zenith. Where young boys and girls to men and women with mature years to their fame congregate to converse over social media while sitting across each other at the table! 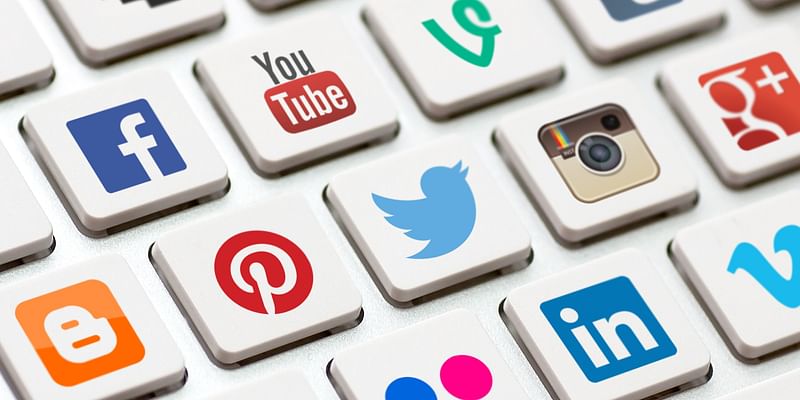 There was a time when people used to visit coffee shops to meet people for a tête-à-tête and perhaps intellectual conversations sitting right across each other with no other medium to distract or grasp their attention - other than, of course, loud voices of fellow humans nearby, twittering. They were able to enjoy the camaraderie and heart-warming day-to-day gossips without any entity like Facebook or the likes of it, to aid their efforts.

They never complained in an abstract, but in presence so that the person receiving could relate to their feelings. They never shared their joy or sorrow in absentia for they could not fathom the reception of it in genuine condition. They prided in speaking in full sentences and enjoying the other's banter of its mockery! They were patient for an answer, and to answer, vis-à-vis any query, giving thoughtfulness a chance to take a wise dig at the subject in consideration. They were kind to people in person. Their craving for affection was not manifested and satiated by "online one-liners". They laughed at each other without using lexicons as LOL and hugged each other in person without using XOXO. They are a breed fast diminishing for better or for worse.

Think about it ... Facebook is nothing but "gossip has gone worldly-wild!" as one wise person once put it; Twitter is nothing but "gossip or pseudo-truth shared with acute expectation of impromptu responses without due deliberation"; Instagram is nothing but "I'll show you what I got and you show me what you got!" as if the world is interested in your wardrobe with unabated breath! Shall I say, “idiosyncrasy gone wild”~!

The other day, while I was sipping my morning brew at Starbucks Coffee in Mumbai, I happened to eavesdrop at a conversation being carried out by two young neophytes - a healthy boy and very pretty lass. Though, they were bubbling with enthusiasm, which for sure was contagious to make my mature year's tingle - for there is no sight so pretty as the sight of a young love! - their conversation stirred an element of anxiety in my raw consciousness.

They were conversing about their career plans. For them “coding” was the ultimate career as prescribed by the new leaders, especially the new avatars of Silicon Valley! Corporates across the world had convinced them that if they want to succeed in this world of business and work, they need to learn/know "coding".

They, in their innocent incipiency of maturity, could not figure out what they could be or are good at, and that "coding" is just one of the ways humans engage in work. But the new age leaders have drilled into them via their megaphones/speeches that to survive in the next world, to become a coder. What a pity!

It may just be possible that the boy and/or girl as referenced above could be good at any other art and craft that has nothing to do with computers and/or coding, but can still make the world a more interesting place for humans to live. Unfortunately, they seemed to be brainwashed by our new-age leaders from Silicon Valley or other such places.

Sure, if they feel that they are good at, and really want to be a "coder", then nothing wrong with it. But the generalization of "coding' as a skill to be-all and end-all of survival in today's and/or the future world is not only harmful to the young minds but also kills the other more humane and creative aspects of humans.

But I may have digressed a bit from our original subject, so let’s get back to social media, shall we …

Various arguments laid out in favor of the new medium of communication bears a sympathetic consideration. For example, one can reach many humans in distant places, in the virtual world, which was not possible before; one can make friends (what kind is debatable!) with people far and beyond ones’ reach before (read: Facebook); one can share ones’ life’s joys and sorrows with many at the same time; politicians can use the medium to communicate with their constituency directly (read:Twitter & Facebook) … and the list goes on!

So, the question is: At what cost?

One may have noticed that the users of such fancy and presto mediums, created to make societies more social, ostensibly! have removed depth out of our society’s conversations to the extent that one may not even detect the depletion in ones’ capabilities to give a mindful deliberation a chance before spewing out a response.

One may also have noticed the new generation, the carriers of our proud species, hooked to a medium which eats away their precious clock-time out of their life-spans without their ever realizing that they are addicted, and that clock-time can be used for more useful purposes.

Their speech has become Twitter-based while using Twitter or not; their attention span has been reduced to few seconds of screen-time on FB; they are more glued to their screens than be social outside in physical world (read: Nature); They are learning to live in the virtual world 24x7. For them “unrestrained speed of any activity” has become more important than “slowness of paused reflection”.

Is this what the FBs and Twitter’s of the world set out to propagate? Perhaps not, for the writer cannot imagine the honorable creators of such mediums had any idea what their creation can unleash – wise or otherwise!

O! My honorable reader let it be known that the writer is not against technology, but in favor of meaningful technology that can augment human life experience in a progressive way. A way in which there is less of an intrusion and more of an aid available for humans to express their creativity, and let humans be humans!

Technology that cannot serve humans in its proper perspective is doomed to be ultimately destructive. Unfortunately, we have entered that era of destruction lest we wake up to the not-so-visible effects of these new (or dare I say old now!) platforms collectively called Social Media. Albeit, its use has been widespread, it, to a humble human like me has made life more superficial.

Though superficiality was always there in any society, and perhaps, added to its charm and gusto to some extent, the kind of superficiality that these social networking sites encourage crosses all limits of human decency. Nay, its ways of keeping its users is totally based on addictive patterns of human behavior that may be observed nakedly in other common drugs of human consumption.

These sites thrive and make money on the human vulnerability of addictiveness. And when this addiction captures the young minds, which it has managed to a large extent I’m afraid, the ludicrous nature of these platforms add a new dimension of destructiveness.

This reminds me of the famous song by the legendary folk singer Pete Seeger, which contains these profound fabled lines –

“Where have all the people gone, long time passing ….

The writer encourages the honorable readers to use their own intelligence and reflect on the subject matter … for the views expressed here are personal …!