Python is known as the most dynamic, object-oriented and high-level programming language. The built-in data structures of Python combine dynamic binding with dynamic typing to make it attractive for Rapid Application Development. Python is also used as a glue language to connect existing components together. Developers prefer this language over others due to several reasons such as it is easy to learn, the syntax emphasizes readability, thereby reducing the cost of program maintenance.

The best part is it supports modules and packages due to which developers can use the code again and again. The way Python enables developers to enhance their productivity using the edit-test-debug cycle and source level debugger is commendable. There are a number of obvious reasons to choose Python over other programming languages, however, it is advisable to hire offshore python developers to get the best results. Let’s discuss.

Having a quality code is of extreme. For that to happen, developers need to focus on writing code to simplify maintenance and updates. When it comes to writing code in Python, the syntax rules. Unlike other programming languages, the emphasis of Python is on code readability. Hence, custom applications can be built using Python without writing additional code. Cleaner code helps you to maintain and update the software without investing extra time and efforts.

3. Compatible with Major Platforms and Systems

Python supports many operating systems. This means that Python can also be used to run codes on specific tools. As the Python is an interpreted language, it allows developers to run the same code on multiple platforms with any recompilations. Hence, there is no need to recompile the code for making alternations and checking the impact of changes made to the code soon after the applicable modification.

4. Many Open Source Frameworks and Tools

Due to the open-source nature of Python, it helps in delivering cost-effective software solutions. Python frameworks, libraries, and developmental tools can also be used to cut the software development time without increasing the development cost. You can simplify and speed up the web application development process by using Python frameworks such as  Pyramid, Django, Cherrypy, Bottle, and Flask.

The large and robust standard library of Python makes it advanced and precise. You can choose modules as per your requirements. While creating an application using Python, you can make use of specific modules to perform string operations, implement web services, manage operating system interface, and work with internet protocols. Information can also be gathered by browsing through the Python Standard Library documentation.

Once you get to know the benefits of Python you won’t feel the need of using any other programming language. However, to get the best results, it is advisable to hire offshore Python developers who can help you develop fast and high-performing software applications in less time and efforts. 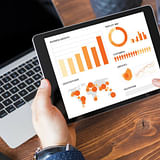 Cinderella and lessons on COVID-19 Pandemic 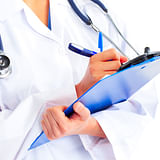 Factors to Consider Before Selecting HIS & EHR for Your Hospital