Electronic dance music is a well-liked music intended for dance in clubs. The music has repetitive beat and synthesized backtrack. Since the beginning of music, many people have been listening to various types of them. The varieties are due to traditions, hustle, musical instruments, pitch loudness and other parameters. Different music types have their periods through which they flourish and become most eminent. Initially, fashion affected only one or few societies or nations, but today music and fashion are common internationally. Here are the different types of EDM.

Techno is a kind of an electronic dance music that started in Detroit in the U.S during the late 1980s.The first use of the word techno was in 1988, and it used to refer to a certain genre. Since then many techno styles have come in existence. However, Detroit techno is seen as the basis on which some subgenres have been built.

Trance music is an electronic dance music genre that came into being in the early 1990s in Germany and India. The music is distinguished by a tempo that lies between one hundred and one hundred and twenty-five beats per second. Although this music genre is on its own, it can incorporate influence from other music styles like techno. Trance means a state of being hypnotized with heightened consciousness, for which is depicted in this music genre by a mix of layers that foreshadow the build up and release.

The trap is a music subgenre that began in the 1990s in southern U.S. This music is characterized by sounds and lyrics that incorporate triple time division or double Hits hats. The word trap initially referred to as a place where drug dealing took place. Recently this music has been combined with EDM by artists who’ve remixed it and made its songs of more EDM like aspects.

A glitch hop is an electronic music genre that started in the late 1990s.The source materials of this music are usually the abused or the malfunctioning digital electronics or audio recording devices such as software bugs, CD skipping, digital distortion, electric hum, etc.

Industrial music is an electronic music genre that draws on new or transgressive themes and sounds. The mid-1970s is when this name was coined by members of Monte Cazzaza and throbbing gristle. During the launch of the industrial records on the debut album, “second annual report” of Throbbing Gristles, a slogan on “industrial music for industrial people" was coined. This music style is challenging, harsh and the music itself is defined as most aggressive and abrasive fusion of electronic music and rock.

Drum and base is a genre of electronic music that started from jungle and rave scenes in the UK in the early 1990s.Fast breakbeats characterize its styles. Its typical beat is between one hundred and sixty to one hundred and eighty beats per minute with heavy sub basslines and bass. The popularity of this music at its commercial peak ran parallel to dance styles of other homegrown beats in the UK including hard house and the big beat. Its subgenre includes hardstep, breakcore techstep, Dark step, neuro funk and ragga jungle. The music has influenced other genres like techno, rock, dubstep, trip-hop, house and pop.

The chillout music sometimes called chill-out is an electronic music subgenre and umbrella term for electronic music characterized by mid-tempo and mellow style beats. The music started in the mid-1990s at dance club chill rooms where a relaxing music could be played to allow a dancer to chill out from a fast tempo music that played on the dance floor. Some of this music’s notable artists include Moonbotica, Moby, Paul Kalbrener, and air. The genres associated with this music are ambient, down tempo and nujazz.

House music is electronic music that was created by music producers, and club DJs in 1980s in Chicago. Initially, this music was characterized by rhythms that were mainly provided by machines. While it displayed numerous characteristics that were the same to disco music it was more minimalistic and electronic. In 1984 this music genre became well liked in Chicago clubs. Figures like Franklin's knuckles, Kym Mazelle and Phuture pioneered it. It quickly spread to other U.S cities like Baltimore, Detroit Newark, and New York all of which grew their local scenes. In the late 1980s, it became well liked in Europe and other major cities in Australia and South America.

Deep house music started in the 1980s when it initially fused Chicago house elements with jazz funk of 1980s.This music track has a tempo of between one hundred and twenty and one hundred and twenty-five beats per minute. Beatport an online music store is ascribed with driving the popularity of this music. The music is known for the use of muted bassline, percussion elements, soft keyboard sounds, etc.

Dubstep is an EDM genre that started in South London in the late 1980s.It materialized as an evolution of related styles music genres like the broken beat, techno, dub, reggae, drum, and base. In the UK the origins of this music can be traced back to party scenes growth of Jamaican sound systems. In the early 1980s, the music featured percussion patterns, syncopated drums, sparse among others. First releases of this music date back to 1998 where the single release of B-sides of two-step garage was featured.

It is electronic dance genre music with hardcore and hard techno mixed influence. The music consists of hard kick drums sounding a reverse baseline or intense faded accompanying the beat. Many of these music artists create its track as well as new tracks written in compound time.

The above are some of the different types of EDM. One thing to note here is that EDM music involves the quality and character of music that is more synthetic. Additionally, the creation and manipulation of this music are by electronic instead of acoustic instrument performance. The music began in 1942 and continued even today. 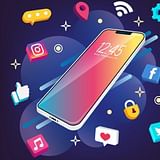 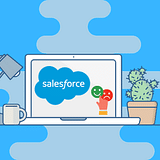