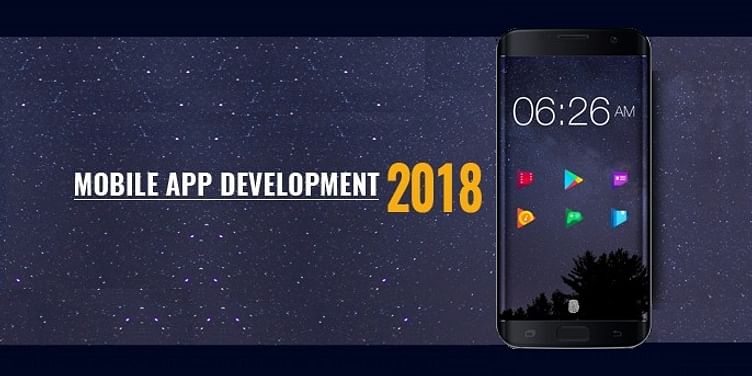 Mobile apps first made its presence in the year 2008. While it is not even a decade since the evolution of apps, they have grown to an extent where every mobile user now uses an array of apps in everyday routine. Be it booking a cab to reach workplace, ordering lunch or reserving a table at restaurant, mobile app can do it all. In fact, mobile app development company is constantly receiving demands for building apps in different categories.

Mobile apps are addictive in nature that keeps users glued to them for long period of time. Have a look at following statistics that show growth of time spent on mobile apps in different categories:

As of now, mobile app development companies are experiencing a large inflow of demand for building Social Media apps (clone of Twitter, Facebook, Instagram, YouTube), gaming and online service booking. Some companies are even developing apps to account for easy reachability with customers, improve engagement, marketing and promotion purposes.

The reason for success of mobile app market is its quick adoption and integration of advanced technologies to offer next-level experience to users. Let’s know more about it with the help of following pointers:

The technologies of AR and VR are quite popular in the gaming world. While Pokémon Go game was a super hit with exceptionally large number of downloads, VR devices of Google Cardboard, Samsung Gear VR, and Oculus Rift became hot favourite among audience to enter a virtually real world.

Several industries such as furniture store, retail and real estate are exploring options of growth through development of AR based mobile app.

Apps Based on Internet of Things (IoT) Concept

Gartner predicts that till 2020, 26 billion devices will be connected to each other through Internet of Things ecosystem. Right from LED bulb lights, home appliances and power sockets, every device can be integrated to each other and controlled through mobile app. Companies are now demanding for such apps that operate a number of devices connected in IoT ecosystem.

On a Concluding Note…

Mobile app development market is on a constant rise and does seem to halt at any stage. Hunger of people for exploring different types of mobile apps that serve their purpose is never dying. If you are looking forward to target mobile audience or build a mobile app to connect with customers and promote your products or services through it, contact Hidden Brains professionals today!