Why demonetization can do wonders for our country

By Shreya Bhardwaj|23rd Nov 2016
This article talks about how demonetization will take India towards a high growth trajectory.

Everyday you come across many articles criticizing Modi for his move. But this article talks about how demonetization can prove to be a boon for the country.

Before we go ahead, we need to understand why is there a need for our country to move towards a cashless economy.

All cash transactions are non-traceable which is a major factor in promoting corruption. Have you heard someone accepting or paying bribe through cheque? No right? This is because all transactions are tracked if it involves the banking system.

The reason why Modi chose to ban the old 500 and 1000 notes is because the notes of higher denominations make transactions in cash easier since you require only a few notes to make high valued transactions. Imagine making transactions worth crores in cash using the Rs 50 or Rs 100 notes. Sounds impractical right?

Some of you might now question that what did Modi achieve by introducing notes of even higher denomination i.e the 2000 rupees notes.To understand this, one needs to know that in India, transactions worth 86% of the country’s GDP takes place in cash. So, if you withdraw 86% of the cash from the country, our economy will collapse. Therefore, the injection of Rs2000 notes was done to prevent our economy from collapsing without having to print a lot of notes. It has been speculated that once we attain stability, these 2000 rupees notes will also be demonetized.

As discussed above, the notes of larger denominations make cash transactions easier. Therefore, it disincentivizes people to make use of the banking system. This, in turn, leads to poor credit and capital formation because of which our GDP growth slows down.

Cheap credit : Till now, banks in our country encouraged the inflow of money into the banking system by providing high interest rates on deposits. Since banks attracted deposits at very high rates, they provided credit at even higher rates. Due to demonetization, banks will now be able to attract deposits at 0% and hence provide credit at 2-3% which is the globally competitive interest rate.

Better social security schemes: Since the entire system is now made transparent and tax evasion is checked, the government revenue will increase. Thus, the government will now spend more on education, health, infrastructure etc. More and more subsidies will also be made available in sectors which require it the most.

Inflation checked due to reduced tax rates: Increase in tax base will lead to reduction in tax rates. Thus, the prices of most commodities will come down. For example: The price of petrol is Rs 27 per litre actually which has been inflated to Rs 66 per litre by adding taxes. Thus, if all the citizens pay taxes sincerely and if all the black money is checked, the tax rates will definitely come down, in turn, reducing the prices.

Fake currency curbed : The cost of printing a note is around 39 rupees which is almost the same for notes of all denominations. Therefore, if the high denomination notes are banned, the circulators of high denomination currencies won’t benefit much. It would no longer be profitable to print fake notes anymore.

More employment opportunities: A large number of people graduate each year but many don’t find good jobs for themselves. Availability of cheap credit will give a boost to trade and new industries. This will thus increase employment opportunities in the country not only for young graduates looking for jobs but also for the farmers in the agriculture sector who want to shift to the service sector but are unable to, due to lack of opportunities.

Unproductive cash brought to use: The cash stashed at home is unproductive cash. Such a move will bring all the currency in circulation through the banking system.

Although people are facing many problems such as long queues outside the ATM, limit on the amount which can be withdrawn from the banks everyday etc. but these are short term disadvantages people are facing. In the long run, this move will benefit everyone. All we need to do is give the government some time. 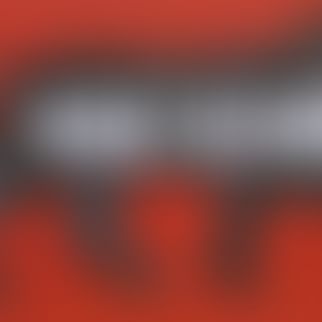