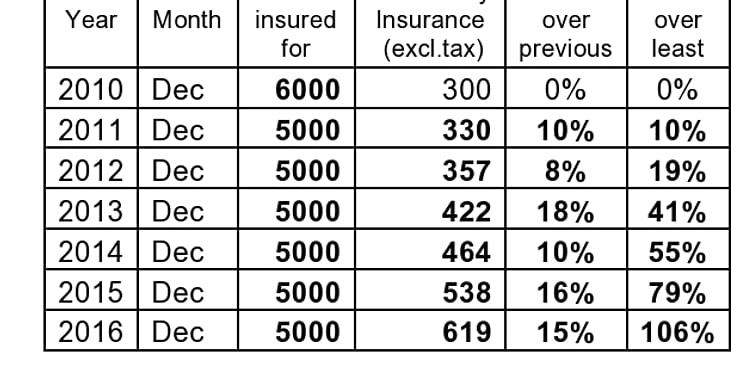 The motor vehicle insurance premiums have been rising every year for an unpleasant reason and my attempt to highlight in newspapers were in vain. This is a genuine problem to be debated as can be seen from the article. My own premiums are taken as case study.

Is your annual vehicle insurance increasing every year inspite of nil accidents/claims from your side? Brace yourself to learn the main factor for it.

Instead of decreasing or remaining stagnant, I observed over the past six years that my bike’s annual insurance premiums were increasing rapidly. Even if it were the rises in taxes, it was still quite high. Was it the deregulation of the motor vehicle insurance rates (except third-party cover) by the regulatory authority IRDAI (Insurance Regulatory and Development Authority of India), in 2007-08? So, cursing the Insurance Companies for exploiting deregulation, I took some time out to go into the details.

What was shocking was that while there was no increase at all in the deregulated portion of the premiums, significant annual increase was found in the only IRDAI regulated premium – Third party cover - as per the table below; 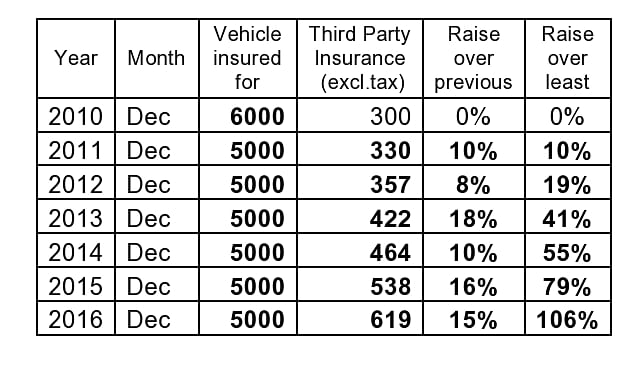 It is learnt that this annual revision by IRDAI is due to increase in these “no limit” claims (including fake ones) and other parameters like inflation etc, resulting in losses to insurance companies. In plain words, these raises are to cover the Insurance Companies’ losses. Surprisingly, vehicle insurance is exempted for Govt. vehicles, and, for accidents involving them, I wonder what sort of compensation and where from it is paid to the victim/s. In a train accident, the victim is paid a fixed amount, decided by the Railways, though, recently, the option of accident insurance (disguised as a less scary and nice sounding term as “travel insurance”) is introduced.

Also, since third party injury/fatality is insensitive to the class/value of, say, cars, small and big cars may all be paying a standard amount. IRDAI should furnish these regulated rates on its website for transparency. Moreover, it is understood that all IRDA regulated Insurance companies’ third party premium collected is pooled into one escrow account called Indian Motor Third Party Pool (to share losses?!!). The recent news says that inspite of the increases, the Insurance Companies’ losses due to third party claims will be offset only to some extent, meaning there is no end to the rise in premium or the losses which will keep ballooning.

On one hand, it looks like silent, licensed looting, safeguarding Insurance Companies. On the other, it vaguely and inadequately justifies the increases. All the same, it leaves a bad taste in the mouth. Why should we pay more for driving safely? Something should be done as the inflation, etc. will keep increasing. One small mercy can be the Govt. not taxing this element of the premium. Or should we go back to the regime when there was no third party insurance? Such issues should be highlighted and debated by the media as it is a genuine, perennial problem. My efforts to highlight and write in newspapers were in vain. I feel even if my article presentation is lacking, the point I made is crystal clear and cannot be disregarded. Over to IRDAI and the insurance premium payers. 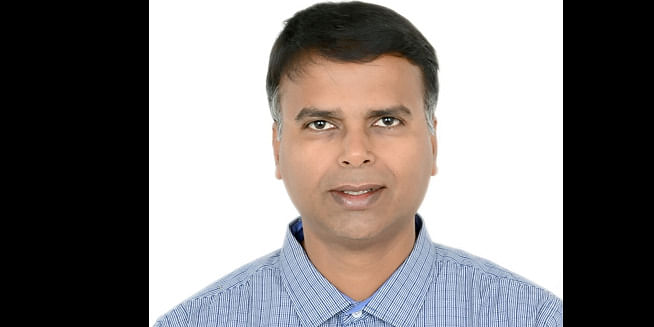 Retired Office Superintendent from Indian Railways, Author of "And So I Lived" - Aim to create awareness in avoidable problems, inefficiency in Govt. offices to unlock its vast, stifled potential.