Certainly, GST itself is a fruitful thing to carry...!!! On & On, crawl with the meaning || history || division (parts) || benefits || drawbacks || character (future) of the goods and services, here...

Before all, let me help you with the searching of GST Fruit.

In order to have the GST fruit, visit the button mentioned and start applying...

Let's start with the meaning of GST:

GST is one of the biggest indirect tax, collected on the supply of goods and services in India. GST upgrade the economic growth of the nation. This tax is an all-inclusive and destination-based tax reforms by the state where the goods are consumed.

It have involved almost all the taxes except the few taxes. In simple words, GST is the indirect tax for the whole country. Due to GST, many indirect taxes had been removed.

GST slabs - The GST council has shaped over 1300 goods and 500 services under four tax slab of 5%, 12%, 18% and 28% under GST. Although electricity, alcoholic drinks,  and petroleum products are not taxed under GST.

History and Launch of GST in India

HISTORY -- The idea of GST adoption was firstly suggested by our former president  Atal Bihari Vajpayee Government in 2000 to improve the tax structure. In 2004 their government set up a committee to draft GST law, and in 2006 the finance minister proposes GST introduction from  1 April 2010 in 2011 the constitution amendment bill to enable GST law introduced.

Then in 2014 GST bill has been reintroduced by the finance minister in parliament. In 2015 GST bill had passed in Lok sabha but not passed in Rajya sabha. In 2016 GSTN goes live and GST law passes in both the houses.

GSTN (Goods and service tax network) -- It is a non-government, nonprofit organization that handles the entire its system of the GST.

Launch -- On in 2017 four additional supplementary GST bills passed in Lok Sabha and approved by the cabinet and then Rajya sabha passes four supplementary  GST bills. Then finally the GST had launched on July 1, 2017.

CGST will be applied for all the goods and services in which consideration is their and proceeds would be divided between the central and state governments.

SGST is charged by the state governments through a statute on all the deals of supply of goods and services. And the amount will be paid to the accounts of the particular State Government.

In 2014 Arvind Subramanian helped to design the country's goods and services tax(GST) and in July 2017 GST restore the assortment of value-added, excise taxes and sales impose by 29 states and the federal government.

1. Due to GST, there is the elimination of cascading effects of taxes.

2. Due to GST, there is a composition scheme for small businesses.

3. Due to GST, the number of compliances is lesser.

4. Due to GST, there is a defined treatment for E-commerce operators.

5. Due to GST, the efficiency of logistics become improved.

6. Due to GST, the unorganized sector is regulated.

7. Due to GST, the registration and filing return made simple as everything is done online.

8. Due to GST, the number of indirect taxes reduces.

9. Due to GST, it allows the transparent and corruption-free tax administration.

10.  Due to GST, it aimed at reducing corruption and sales without receipts.

2. It is an online taxation system.

3. GST creates SMEs(Small and Medium Enterprises) will have a higher tax burden.

5. GST faces criticism for being called a "Disability Tax".

6. The transaction fees of GST become more expensive within the financial sector from 15% to 18%.

The character of GST in the Indian Economy

Goods and service tax having an important character in the Indian economy. The main reason for introducing GST in India is to remove the cascading of taxes in India. Cascading of tax is nothing but forced on already taxed products. So due to this, there is a huge burden on people in terms of prices of products. So GST main focus is to eliminate this cascading of tax.

Due to GST our economy becomes one step closer to the common market as like free movement of capital and services. After GST doing business has become easier and trouble-free. Due to GST introduction, it hardens the country supply chain. It facilitates transparency and dealers can track their shipments proved itself as a game-changer for the Indian economy.

To this post, I explained the outcomes of the GST. Really, it was a fruitful guide by the government of GST (Goods and Services Tax).

After all, this guide contained the all most all fruitful information of the GST.

Hope, this guide will help you with the overall GST issues, and will find worthy sharing. 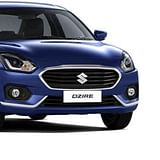