Of Invisible Heroes and Unsung Heroes 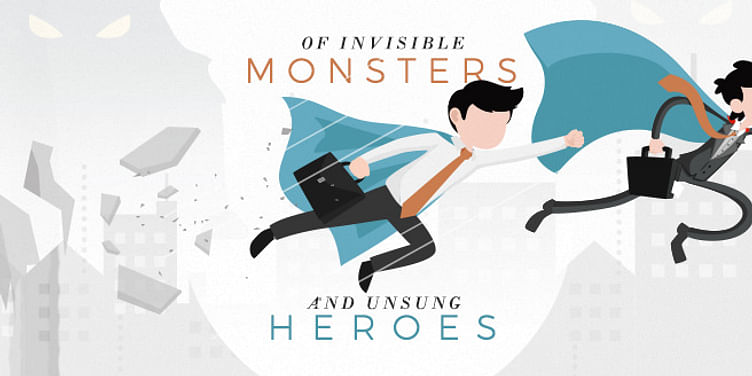 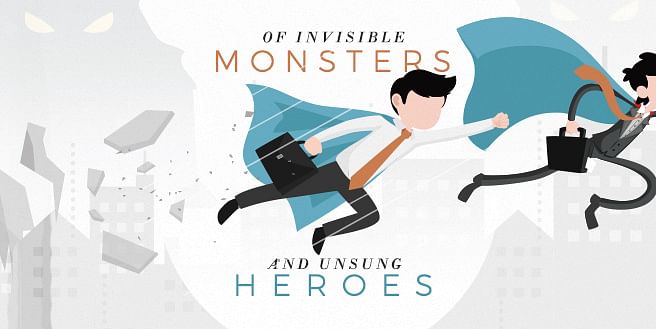 Would anyone believe you if you say that there are invisible monsters hidden behind success? No, not the kind of monsters that are hungry for wealth or market shares. But the one that has an unending appetite for destroying everything you’ve worked hard on anytime it pleases. The kind of monsters that feed off of a person’s self-esteem and sanity.

How can we believe in something we can’t see? How do you fight something you can’t touch? Just imagine, a hero fighting an invisible war against an intangible monster.

It’s the reality some entrepreneurs have to face. Conquering war after war of isolation and emptiness, telling their selves to live for another day – to breathe and breathe until the violence in their heads have subsided. If they’re lucky, they reach success without suffering mind wars. If not, every step they take towards their goal, is one step closer to darkness.

The Invisible Monsters Inside

We know entrepreneurs to be brilliant individuals, they create new jobs and prosperity, introduce services and products that improve our daily lives and even help economies grow. And it only makes sense that most of us assume that all of them are living the dream. Yet unbeknownst to us is a dark side startups have – one that they are most likely familiar with.

In a 2015 study conducted by UCSF clinical professor Dr. Michael Freeman, he linked high rates of mental issues to entrepreneurship. Surveying 242 entrepreneurs, 49% of them reported having a mental-health condition. Depression was present in 30% of all the participants and is also the number one reported condition, shortly followed by ADHD and anxiety problems. Another study suggests that authority can be linked to depression, and that entrepreneurs or CEOs may be depressed more than double the rate of the general masses. Popular articles have also claimed that success comes with numerous strings to them and can possibly pull a person down.

The quiet war between startups and depression have been going around for so long that they’ve already lost several members of their community. It’s a war that no one sees or no one talk about.

The problem isn’t new, according to experts. It was something that successful people struggle with for most of their adult life. Yet at the same time, it is something they continue to fail to talk about. Afraid that it will be taken as a sign of their weakness, entrepreneurs hide their pain away – only for things to go for the worse in the long run. Running a business itself can be quite a stressor to a person’s emotional well-being. The risk of failure is too high to ignore. Moreover, Harvard Business School lecturer Shikhar Ghosh have said in a study that three out of four startups fail. Hence, they are exposed to traumatic events along the way. And with habits such as eating too much or too little as well as lack of sleep and physical exercise, it’s not much of a surprise that entrepreneurs are more susceptible to anxiety and despair than most people.

Research have also said that the innate character traits many entrepreneurs share make them vulnerable to strong emotional states. And though psychological makeup differs from one person to another, significant setbacks in the business can knock anyone to the ground. Numerous successful people in history have gone through a silent battle against the incapacitating depression in their heads. Throughout this unending war, there are some who have won and sadly, there are those who lost.

At the same time, there are still those who continue to fight on a daily basis. They inhabit their own little ways of keeping their selves in check. They make more time for themselves and their loved ones by acquiring coworking spaces membership. Instead of staying in one dull office, they move around these communal areas to interact and for creativity to flow. More importantly, they try to admit their vulnerability to those around them. Though it may be hard, they strive to be more emotionally honest and connect deeply with their family and friends. In addition to this is gathering up the courage to ask for help.

These invisible monsters lurking in the day do not pick their victims by wealth or social status. That being said, all around us are hundreds of unsung heroes going through their own battles silently asking for help.

Give them a hand and be a little nicer to everyone. Any amount of kindness can lead to someone’s happiness.

Why Financial Intelligence is Important