What I learnt as an entrepreneur from my friends in corporate 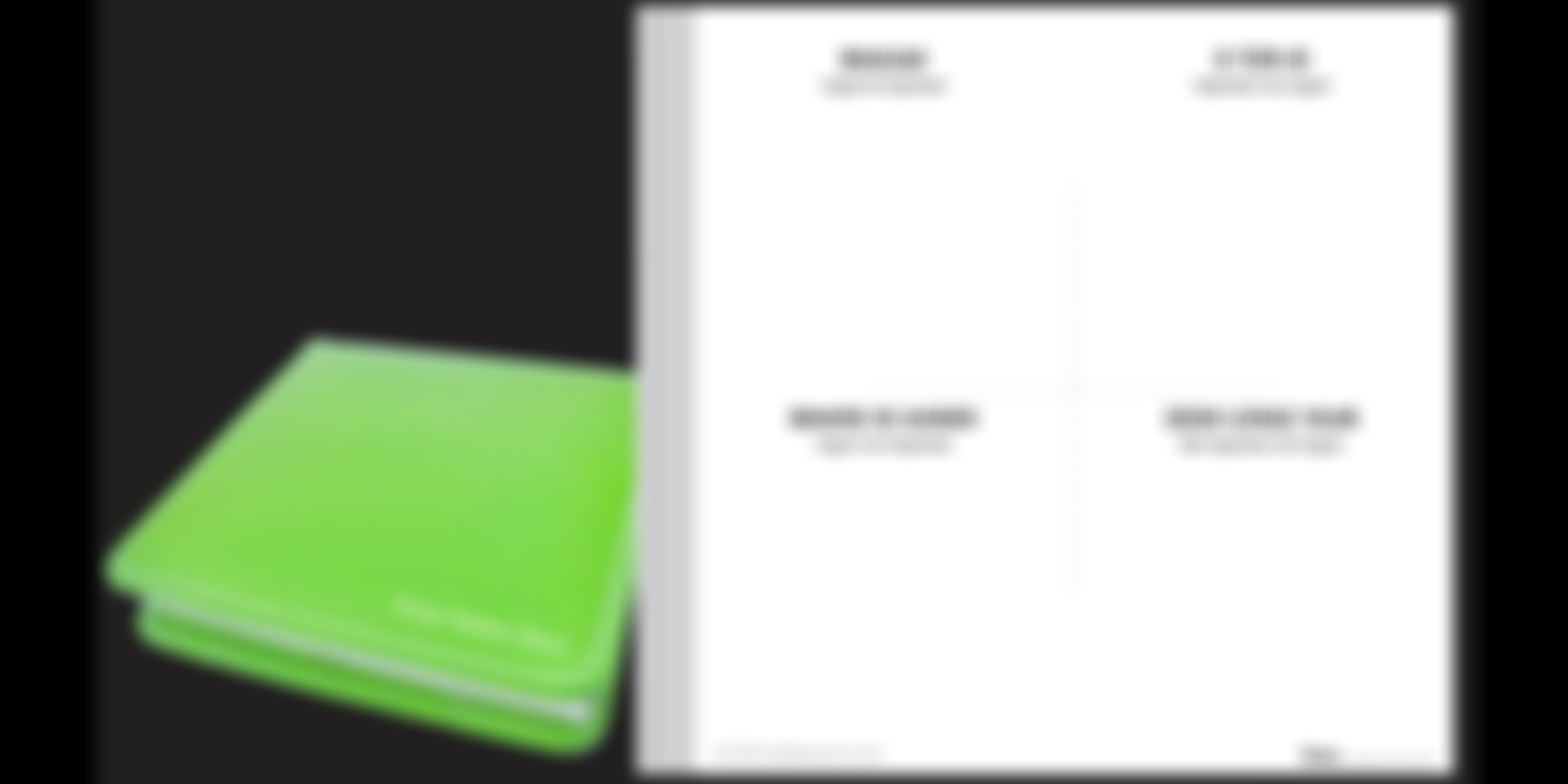 How I learned the one most important lesson of my entrepreneurial journey that helped me go from a wantrepreneur to an entrepreneur.

Even though I am surrounded by corporate turks I have always been from the entrepreneurial breed dropping out of the prestigious NIT Rourkela to start my first venture when I was 21. And I can say that it’s true there isn’t much helpful stuff that an entrepreneur can learn from the corporates but there is something that I have picked up from the corporate friends around me. Especially the sales guys who I can bet will fill a major gap for entrepreneurs.

While entrepreneurs are innovators, problem solvers and early adopters there is one thing that they really lack- DEADLINES.

And as is mostly the case, I learned from my failure in one of my ventures.

But we do have deadlines, don’t we? The point is they are not really deadlines if they are flexible and I am yet to find a startup that has never been flexible with its deadlines. And while the general perception is that it’s because of the entrepreneurs’ dedication to quality and perfection more often than not, it’s because of procrastination.

Going back to when I was starting my first venture in food-tech. It was to be called FoodPingu I had used my contacts and persuasive skills and we had gotten to taste from the holy grail of funding, I had procured $10K from an angel investor even before we got going, but in the hind-sight I can tell that it was a big mistake. Can you imagine we burnt up all that money and 3 months on perfecting the packaging in which the food was to be delivered and as a result we burnt out even before my “perfect packaging” was ready. And the startup never really took off. We still have a landing page and the facebook page that keeps reminding me of the disastrous mistake that we made.

In fact, even a research conducted by MIT Professor in behavioural economics and social psychology Dan Ariely concludes (in his book Predictably Irrational) that imposed deadlines not only lead people to following schedule but also improve the quality of work that they do because they do not have an option to procrastinate.

So how did this learning help me?

I wouldn’t say I have become extremely successful, but today (just one year after my epic failure with FoodPingu) my list verse blog has an average organic search traffic of 25,877/month. I have met, networked and now know many pros in the content industry, I am not working on any far fetched venture and I just launched my first product on crowd-funding platform 2 weeks ago. Just by religiously following the idea of deadlines. And I’d be lying if I said it was easy. In-fact creating a self imposed deadline and following it was so tough that I created my first product to make it easy. Now available as The Bhasad Day Planner on crowdfunding platform desired wings, It’s something that I have used for the last 11 months. Initially it was just a day planner based on Stephen R. Covey’ 4 quadrants.

Even the decision to launch it as a mass market product was a tussle, because even though there are deadlines that can not shift in corporates, getting people to follow those deadlines has always been a tough task for managers and replicating the deadline model in a casual startup environment without hampering the creative forces is a tricky goal to achieve.

And the best way to do it without being dictatorial about it (which is not an option for startups as that will kill the creativity in the environment) is to let people impose a deadline upon themselves.

So there was a problem waiting to be solved and I had a solution that has worked for me and I was sure it would work for pretty much anyone. But since it was boring and no corporate or startup employees would ever be excited to use it. It took a little innovation and improvisation to forge it into a day planner that people would be excited to use and more importantly pay to buy. And here’s how it looks 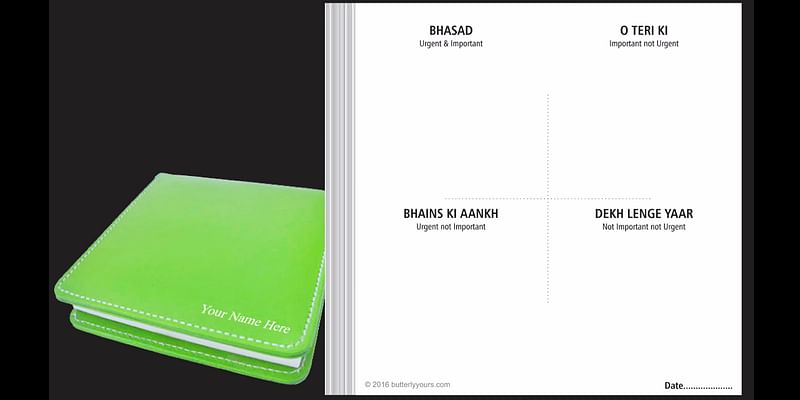 The Bhasad Day Planner as it looks today.

We have launched it on a crowdfunding platform and offering it at exclusive early bird prices to first few backers. This is a product for anyone who understands the idea and usefulness of deadlines and wants to use them in a quirky fun filled way, so that when you tell your team that you need deadlines they will not be all strange and smirky faces about it.

Sorry that I had to hard sell for a paragraph, but the lesson still remains. Do reflect and use the concept of deadlines to your advantage. And if you are really intrigued check out the Crowdfunding campaign of the Bhasad Day Planner.