Upcoming smartphone features we will see in 2018 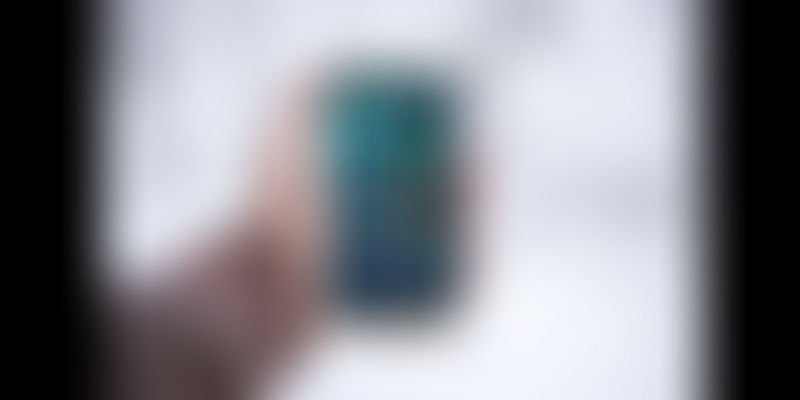 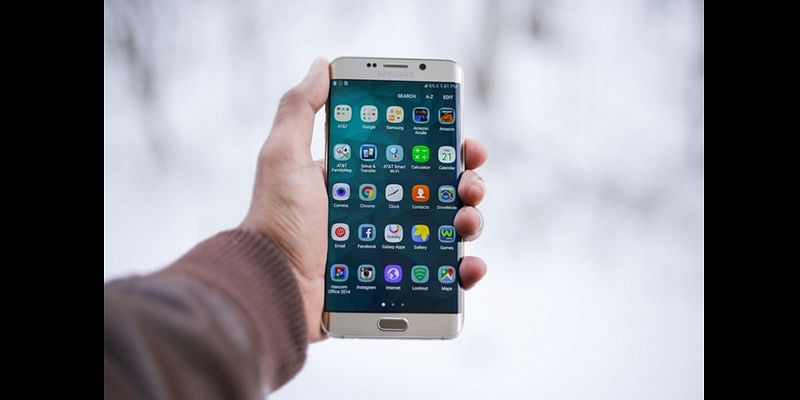 With the rapid progress of smartphone evolution changing so fast, there has been constantly something waiting in the wings.

No sooner have you got the glimpse of the latest device, then there is an expectation of something else, the next big thing!

Every new smartphone has a hidden design that attracts attention.

Either it is security, wireless charging, or perhaps eye-tracking, there is always an incredible feature we "just can't live without".

But to be honest, the truth is that we can actually live without most of those features.

Smartphone manufacturers always pick up on some unusual methods to enhance their designs and become distinct.

Further, we have been enjoying the features of smartphones for the last few years now, but the future is far more interesting.

There has always been a question, “which features do we require in our toolbox” and “which are just the icing on the cake”?

Let’s find out the answers to the same.

As we begin our new year, we look ahead to something much better than the last year and more determination to progress with our New Year's resolutions.

And the leading Smartphones are already hitting the store shelves.

Furthermore, we contemplate where these smartphones dare to take us in the future.

Will they actually read our minds?

Will they foresee the future?

Certainly not for the next few months.

Instead, we can have the glimpse of what they can actually accomplish within this year, and by the looks indeed it is an interesting year.

If the Smartphone makers want to be competitive then they need to contribute to the finest processor to qualify their leading devices.

The Qualcomm company just announced the new processor, the Snapdragon 845.

Earlier in 2017, Qualcomm released Snapdragon 835 processor, which is a predecessor of Snapdragon 845.

Accordingly, this brand-new processor will be more dominant and will give prominence to a powerful new unified Adreno 630 Graphics Processing Unit(GPU) along with an enhanced DSP to manage the assignments relevant to Artificial Intelligence.

The Snapdragon 845 will take care of Qualcomm Quick Charge 4 and 4+ technology for speed charging.

In 2018, the Snapdragon 845 will be found in all leading devices with the exclusion of major manufacturers such as Samsung, Apple, and Huawei who build their very own processors. 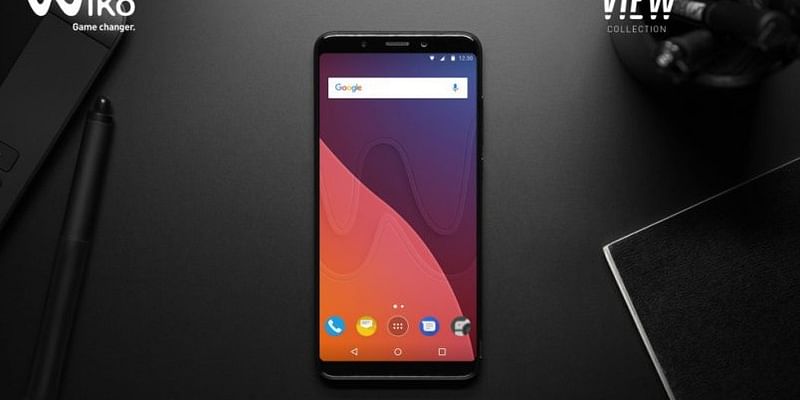 The huge change in smartphone designs was the debut of the new Bezel-less or 18:9 display format, which has been followed by nearly every company in 2017.

The bezel-less format, where the makers of smartphone cut down the borders all over a phone screen, is far from over.

It also means that the manufacturers are embracing the 18 by 9 ratio screen compared to the classic 16:9 one, which signifies that we can see extra room for multi-tasking in split-screen mode along with further content in vertical-scrolling apps.

In 2016, the Xiaomi Mi Mix was launched with no bezel format and from then on the trend was started.

And, further, the world’s beloved Apple accommodated it by enlarging the size of the iPhone X screen by trimming the borders over the screen.

Even more affordable phones are accepting the ratio feature, which suggests that we can anticipate the craze of bezel-less and this is only stretching to improve in 2018 as others make an effort to sustain.

And, further, we can see 18:9 becoming more conventional across the market next year.

This year, we anticipate seeing every phone launching with some kind of highlight Artificial Intelligence feature determined to enhance the smartphone experience.

LG has the more internal cache and is also comes with artificial intelligence.

LG’s A.I. enhancements especially cover the camera App, where it can recognize the scenes and put some bright colors to accomplish a photograph.

Further, Samsung is prospering with Bixby, proposing some of the new camera-relevant A.I. features to Bixby Vision.

Although Google and Apple have formerly integrated A.I. into their respective operating systems, still we need to watch any significant enhancements like what they have done.

Next year, we may actually see some very intriguing games and Apps depending on Apple's AR Kit.

Further, Google too is overtaking this market with its very own Android framework known as AR Core.

In the near future, Apps like Google Lens will be capable to provide real-time information regarding your surroundings, and also help you in everyday life by doing things like identifying addresses and phone numbers in photos.

Let’s dream up every smartphone in 2018 will have its own individual category dedicated to AR. 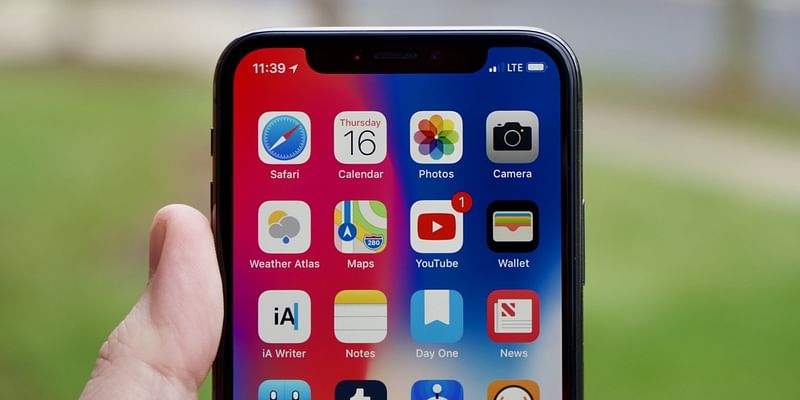 However, there is one more display relevant trend that won’t be retiring shortly: The Notch.

If you notice the iPhone X, at the top you can see a notch-like cut out sticking to the screen.

The Notch accommodates the True Depth cameras and sensors that aids in creating Face ID and Animojis work.

The notch was not well-received, yet partly it’s packed with a great deal of tech powering heap of new features.

Rather than using a black stripe similar to Samsung, the manufacturers are appending notches to their phones in order to copy Apple. 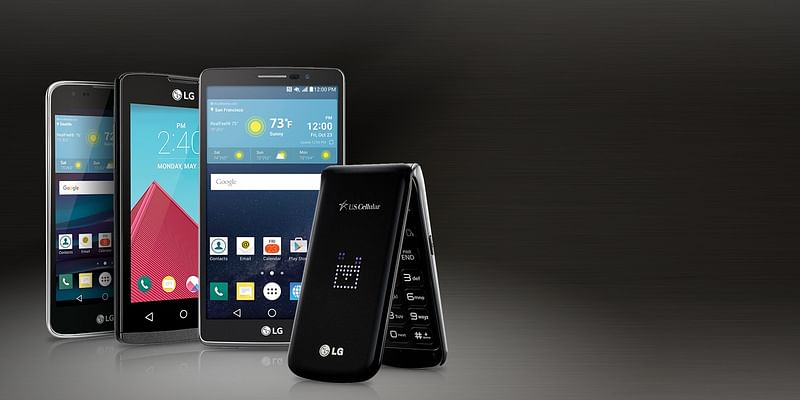 This year, even low-priced phones are getting better.

The technology found in high-priced phones, like the bezel-less display is rapidly crawling down to their affordable mates.

Further, the dim-witted phones may also see some enhancements.

The phones which cost under $100, such as Nokia 1, are able to provide a strong smartphone experience for very less money.

We assume they determine well-known, and there are loads of other low allowance smartphones to arrive, which will ensure us to raise the question regarding the price tag.

The aim of fifth generation network is to bring rapid internet connectivity speeds, which offers benefits for a number of services and industries.

Although in India, the network carriers are further moderately getting acquainted by the necessary 4G services, the world is getting ready to adopt 5G as the latest standard for smartphones and IoT communication.

Simultaneously with 5G, the goal is to reduce abeyance in data transfers in comparison with 4G networks, while lowering the battery drain.

The 5G will be speedier than our current networks and is anticipated to permit millions of latest devices to be connected to the Internet. 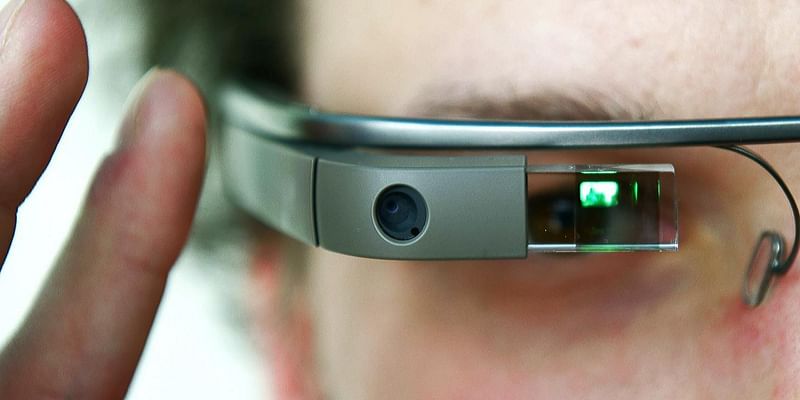 We saw the launch of Smartwatch until last year.

This year none of the major manufacturers made the announcement of the smartwatch.

Still, there are firms currently displaying wearables, although apart from the collection of fitness trackers, hybrid watches or freakish wearables, we almost saw any leading edge in this category.

The wearables are not completely dead, as an affirmation to Fitbit and Apple Watch, yet the competitors are not providing any fascinating reason to purchase them.

As we can notice that this year smartphones are getting more exciting, it’s an excellent time for those who are planning to get a brand-new smartphone.

Yet, it’s better to wait until the second half of the year as we may see more changes in the smartphone industry.

Whatever the result may be, we have to agree that every year the smartphones are getting much better, with additional features, extended durable bodies, and a lot of attractive designs.