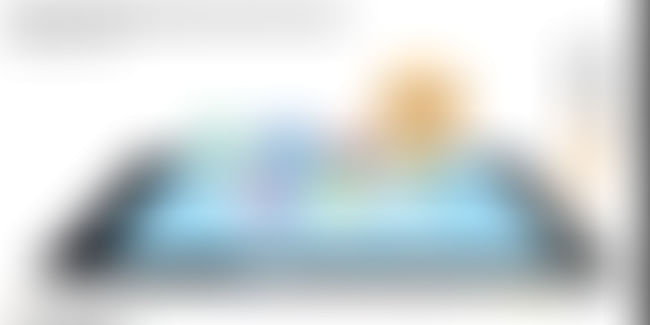 When tablets first came into the market, pundits viewed them as an ideal alternative to PCs. A sleek portable smart device coming as a replacement for bulky laptops and desktops. Of late, the craze for tablets amongst consumers seems to have dried up. Demand for tablets fell sharply in 2016 as compared to the previous year, while smartphone shipments managed to grow at a modest pace.

Sudden Market Slump Over the Past Two Years

Up till the end 2014, sales of tablets were scaling at a remarkable rate, alluring plenty of tech giants to venture into the tablet market. While iPad continues to be the most sold tablet across the globe, the Cupertino-based company registered sluggish sales of its tablet devices last years. Limitation in utility and the arrival of sleeker and more efficient notebooks have played a major role in dampening the surging spirit of the global tablet market. 2016 marked the second consecutive year of slander for the entire tablet market.

It has been observed that users are quite unsatisfied with the functionalities available in most tablets. “Slate” tablets with high-definition displays work excellent when it comes to viewing images and videos, however, gets extremely complex for the users to carry out any post-processing task on them. The absence of a dedicated keyboard also makes it more difficult for users to perform various tasks at work. Further, the introduction of compact workstations has reduced the prospect of robust tablet adoption in organization and enterprises. Smartphone manufacturers are adding versatility in their product line by introducing various sizes of smartphones and phablets that are capable of rendering large files and software making the need for a tablet irrelevant.

Competition Continues to Remain Stiff in the Market

Amidst declining sales, some manufacturers continue to imagine the lucrativeness of the product. Apple and Samsung being the two largest stakeholders of the global tablet market are focusing on further product innovation to meet consumer expectations. For instance, Samsung is rumored to unveil a prototype of a bendable touch screen technology in its tablet series in the upcoming months.

Demand for android OS tablets is expected to gain traction over the next couple of years. As per a report published by Future Market Insights (FMI), android based tablets will witness a compound annual growth rate (CAGR) of over ten percent in term of volume between 2016 and 2026.

The fondness of tablet business continues to prevail in consumer electronics industry despite the declining popularity of the product. Rumors suggest that Huawei is planning to launch its latest flagship tablet at the forthcoming mobile world congress. Similarly, Lenovo’s ultra slim tablet “Yoga A12” that comes with a large touch-panel keyboard has been acknowledged by many in the tech world. Lenovo and Huawei account for considerable shares in the global market for tablets. In terms of sales, Microsoft’s windows-powered productivity driven surface tablets have been performing moderately in the market as well.

In terms of value, the global market for tablets will ride on 20.6% CAGR between 2016 and 2026, as per Futu projection. Robust adoption of e-commerce as a prominent distribution channel and growing popularity of tablets powered by android OS are primarily linked with the growth.