The start-up experimentation in India is now reaching a point where its results are getting increasingly obvious to us all. Start-up format, with all its great success stories and institutional support is no longer looking like a way forward for the young entrepreneur desirous of striking out.

Looking at the massive scale of Indian market and its economy, it is really surprising that many rationally structured business ideas have not sustained even after real hard work put in by young and optimistic founders who have tried driving them earnestly and honestly.

This glaring and almost counterintuitive failure in start-ups is more obvious in service sector that used IT platform for providing access to various services. Most App-driven start-ups could muster initial users but failed in converting users into real earning. Even though these platforms offered increase in comfort of accessing and availing services, they have failed to turn profitable.

Looking at the fate of these businesses, we are forced to draw one simple conclusion about our economy, and that is, Indian customers simply lack buying power for purchasing service convenience. Indian user-numbers may have impressed gullible VCs from west initially, it is no doubt that they are now becoming aware of an India-specific reality that these user-numbers have very limited monetising potential.

So, is the seeming tight-fistedness of Indians stemming from a historically weak economic environment going to destroy the start-up dream that we are desperately hoping to convert to reality?

The answer that I have is a resounding NO.

Start-up domain is full of potential, provided that we plant the seeds in another dimension of our economy.

While young promoters are desperately trying to convince urban middle-class to get services through them and failing, they are not noticing that India is availing various services that a different entity is paying for. There exits a opportunity goldmine, provided it is recognised by entrepreneurs.

If we look at Indian economy, it is the state that is the biggest player in it's every dimension. Government remains the largest (by a fair margin) buyer and provider of goods and services. India has a massive economy, but it is unlike that of West. We still have a massive state-dominance in every sector.

The most interesting part of the state-dominated economy is that it is highly structured and thus fairly predictable if we start cognising it as an opportunity area.

What youth of India needs to realise is that buying or selling services in open market is targeting an almost non-existent part of our economy. But, if you make a small shift in thinking and start looking at government as your market, scale and potential is really massive.

Though India has abysmally low per capita income, Indian state is surely getting richer by the day. It has tremendous buying power and is keen to improve its service-providing capabilities as it has huge political mileage.

If we reorient the start-up sector government-wards, it will be a win-win situation for both sides, as government has money and wants to spend it in giving better services for its gain, while start-ups have desire and ability to improve what government has been offering as services till now.

Even though the opportunity is not difficult to see, why has it not been discovered or capitalised-on till date?

The possible reason is the bad branding of government in public mind. We have developed a massive stigma for our own government and it is now almost a cultural understanding that is passed on to Indian youth.

Young people are under a strong impression that working with government is all about tackling corruption and inefficiency. Strangely, from my interactions with youth, I have also found that it is not the moral dimension of corruption that is preventing youth from considering government domain for business, it is the imagined uncertainty of payment and red tape that is keeping them away.

The reality is, Indian state has matured considerably. It doesn't mean that corruption is done-away with, but there is substantial realisation in political class that giving better services to people reaps great dividends. The mostly-unaccountable cadres still remain more focused on corruption, but the political leaders are developing great amount of social orientation as they are now becoming more and more accountable to people and are likely to face public anger for bad governance.

The net result is, Indian state is opening up to technologies and services that can ride on them. So, if you are a young tech-savvy entrepreneur ready to work hard on giving good service to people, government is in the right mood and position to benefit from it, and, in turn, provide you with an opportunity to convert it into a business opportunity.

If we take a simple example, there are a number of start-ups focusing on aggregating various dimensions of healthcare services for urban masses. Sincere efforts are being made to help find doctors or get drugs delivered at home, but monetisation is a rare phenomenon. High level of management skills or strong marketing are also not yielding the desired profitability.

What is the same level of skills were offered in improving the healthcare that state is providing to masses? We have a massive healthcare delivery system starting from rural PHCs to civil hospitals in city centres. What if they are better managed using new technologies and data analytics? So, if start-ups engage with the state, the services they provide remain same but the payer changes. State, with its massive buying power is a consolidated customer easy to work with and easy to monetise.

If you study the actual numbers and scale of state operations, there are a huge number of start-up spawning grounds in every dimension of state function. All that we need is to connect skills, enthusiasm and drive of start-ups with needs of the state, and in turn, needs of our nation.

Entrepreneurs need to dispel fear of working with government and engage. One route for this engagement is completely human, i.e. reaching out proactively to political system and explain ideas. Entrepreneurs from prestigious institutes are not aware how keen politicians are getting new ideas from them that can improve government functioning and, in turn, their image. But, there is yet another route that interests me a lot.

As our academic institutions are also mandated to encourage entrepreneurship now, they need to become a conduit of connect. If academic institutions take up their well-recognised and much-needed role of knowledge sharing with government through consultancy seriously and reach out to government for problem statements, same may allow students to work up-close and personally with government. This will remove the ignorance and fear from the minds of youth and also allow them to develop contact with state machinery.

While working on such assignments students will discover opportunities and take them up as part of their start-up initiative.

We need start-ups to galvanise our economy and we also need better services from the state. If this convergence is achieved, it can really transform Indian economy as well as quality of life of the citizens.

Let us realise that the prosperity of west that impresses us is actually from the same connect between state and entrepreneurs. It was the world wars that forced governments to look for private sector vigour in manufacturing sector in both US and Europe. Most of the major companies that we see today are born from government contracts earned by entrepreneurs in this period.

India is not at war in literal sense, but our economic situation is just as desperate. The only way out is to engage and revive. 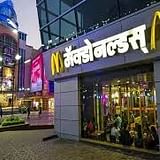