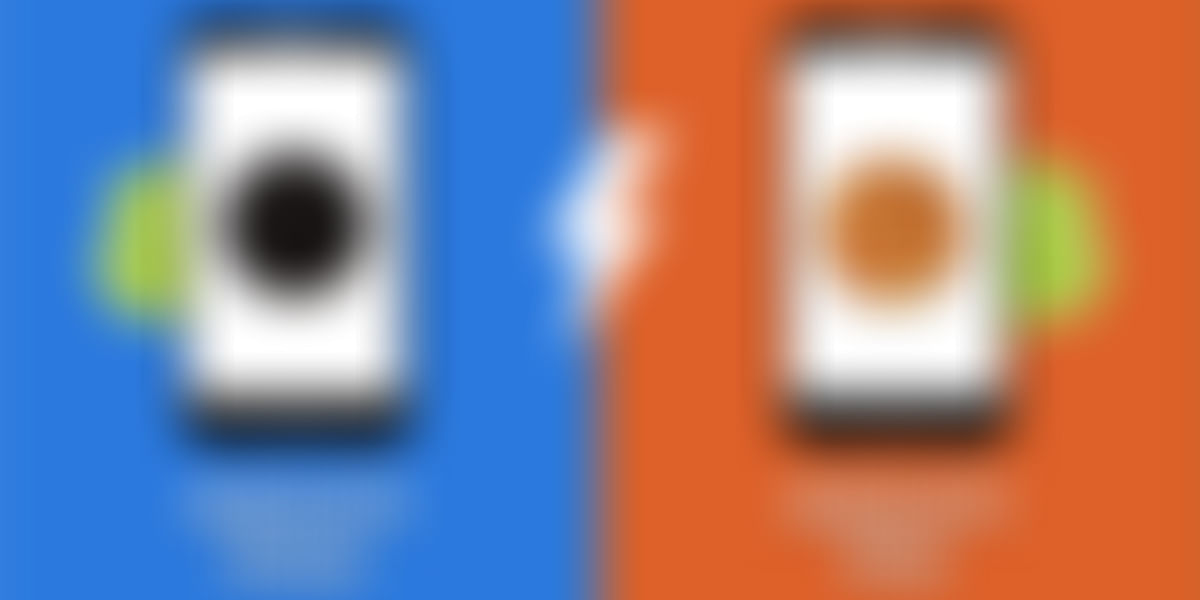 Android 9 vs Android 8 topic has been a matter of interest since the launch of Android Pie. The focal points of this latest Android version are its intelligence, simplicity, and a heap of new, advanced and convenient features.

By means of Android 9.0 Pie, a revolutionary innovation of a new system of navigation has come to surface. It could be interesting if you see below the whole list of Android operating system list:

The latest version 9.0 Pie comes with attention-grabbing gestures, which make possible navigation straight from the home screen. The launch of this latest Android version, which will add more to Google’s Pixel lineup and Essential Phone.

Now the questions and expectations arise are:

You may have more questions and expectation from this latest Android 9.0 Pie. Let’s move further to seek such information:

The difference between Android 9 Pie and Android 8 Oreo:

1) Aesthetic difference between Pie and Oreo

Comparing to the one in 2014, Android is more stripped-back now. It makes Google’s own Pixel cell phones seem a little conservative or stiff if compared other ones with custom interfaces.

The latest Android Pie is more colourful, with more curves, to the system. It’s not a completely new look due to having only few edges made softer.

For instance, the Setting menu is with more colourful icons. Moreover, the drop-down Quick Setting bar has blue circles instead of plain icons.

And, the notification drop-down seems to be a rounded-off digital Post-it, instead of only a white plain sheet filling the entire screen, as in Oreo.

You can become familiar with this new look only in nearly five minutes. However, it pushes Android’s default look nearer to the more comfortable style of the skins Samsung, Huawei and others use their cell phones.

You are not any longer required to use a different key combination to have a screenshot.

With the use of Android P, you will have an added screenshot option. You just need to long-press power on/off button. This new option is just below power off and restart option.

The new Android P update will allow you to long-press and drag to select a phrase to see its magnified version. It is similar to the iPhone feature.

Android Oreo introduced some neat text selection features, however, it’s been made much better.

It is another smart feature of Android Pie. similar to surveillance on us, the OS has allowed us to control how much we use particular apps.

Application times are given in Android 9.0 P, which Android 8.0 was lacking.

These apps allow you to fix each app allowance. When your time is about to be over, a reminder will come and notify you about its being over.

The app icon will become grey to tell you directly about your finished time.

In Android 8.0, the brightness adaptation was as per the light outside. The external lights played a huge role in the intensity of the brightness of your phone to adjust to impose the least pressure on the eyes.

However, it used to happen earlier that some people were unwillingly manually adjusting the brightness to their convenience level.

Android 9.0 has adopted Machine learning for this. The phone adjustable brightness will adapt according to the user habits.

In Oreo, the night mode removing the blue light out and only orange and red shades were left, which makes it convenient for eyes making it simpler to sleep.

Android Pie has made it much better and now as you get closer to your already fixed time, the screen will change into grayscale and automatically activate ‘do not disturb’ mode.

7) Security difference between Pie and Oreo

According to Google, the latest Android Pie has a better security system than the Android Oreo, which has made it the first choice of innumerable

Moreover, the OS will let users know when a background app is using a camera or microphone through a notification. Additionally, Pie has an alert tone for call recording.

It is easier for Google to notify its users with an alert tone after a span of every 15 seconds. It will allow the user to know about their call recording.

Furthermore, Android backups will be kept safe with PIN, pattern or password for better security.

When pressing the volume keys in Android Oreo, the function will change as per the context, whereas, with Android Pie, the volume buttons control media volume as a better functionality.

There is a button control in the Android 9.0 between silent, normal and vibration-only notification modes in the volume interface.

9) Difference in battery management in Android 9 and 8

Management of battery in Pie is not like a replacement for Battery saver, in fact, it brings about relatively better longevity in, application packed phones.

Google has moved to reducing the battery use of the phones in the last few updates in Android.

Between Android Pie and Oreo, the background power usage control becomes more visible in Android Pie owing to a system ‘adaptive battery’ mode, which designs itself as per the way an app is used.

Android 8.0 displays a 3d stack of cards for Recent Applications with each card showing an app used recently.

While, Android 9.0 has a multitasking staple that seems like the app switching interface of iPhones.

App previews come up in flat cards side by side rather than in a position of top of each other.

After having a thorough comparison between Android 9.0 and 8.0, it’s clear why to choose Android 9.0 over 8.0

Why is Android Pie better than Android Oreo? The answer to this question lies in this article, wherein each and every point is explained clearly.

So,  if you want to hire a professional app developer to get a mobile app built, then Pie is an ideal operating system to satisfy your needs.

Android 9.0 Pie has the following beneficial and comfortable points to enhance the experience of users, which make it an ideal platform for mobile app development: