From potter's Family to NYA 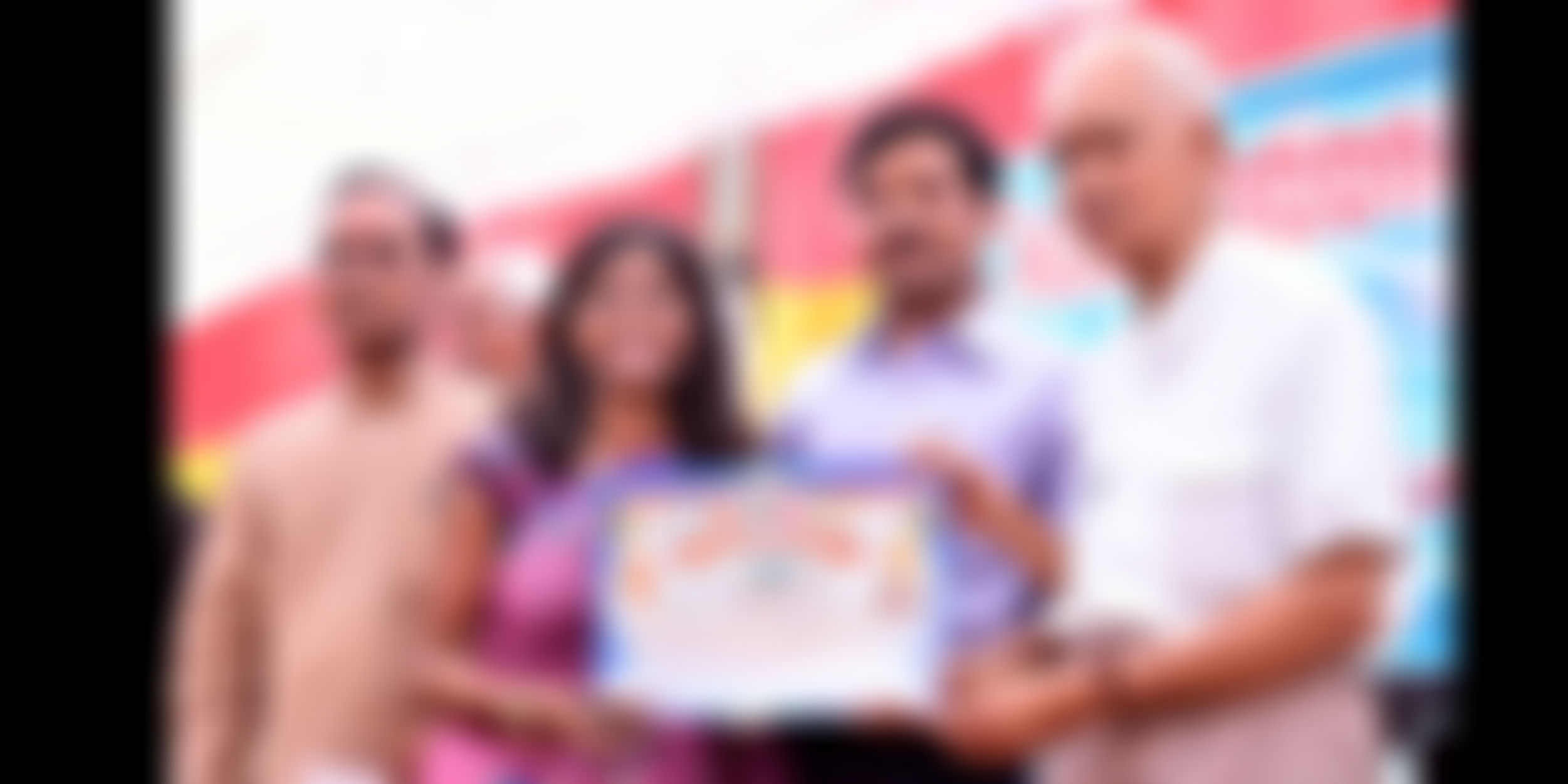 Nidhi Prajapati- A research scholar pursuing Ph.D. in education from VMOU, Kota with this have qualified NET twice in education and SET, completed MA in History, Education & Gandhi and Peace, B.Ed., M.Ed. PG Diploma in Guidance and Counseling & DCA. It was the result of my unconditional social work that on 12, January 2016, I received the India's Highest Youth Award - ‘National Youth Award’ on first position for my contribution in society which is followed by series of awards but the journey was full of struggle and challenges.

Time of Struggle and Foundation: "A self-made girl". I had taken birth in a low class family and fourth girl out of 5 brothers and sisters and my all family members were not at all happy by my birth. After 12th standard I did my studies by self-earning. Most of the time in early age I was listen the tags and sentences that I am the most unlucky girl on this earth, I am curse for family because when I born my mother’s whole jewellery was unfortunately sold out. So in early age only I decided that I’ll do something different for my parents so that they can proud on me and will establish my name because of this reason only I never demanded anything from my parents. This oath motivated me a lot. I believe in hard work and ‘Do For Nation, Die For Nation’ that is why when I met Dr. S.N. Subbarao in 2003 I decided to serve for nation. 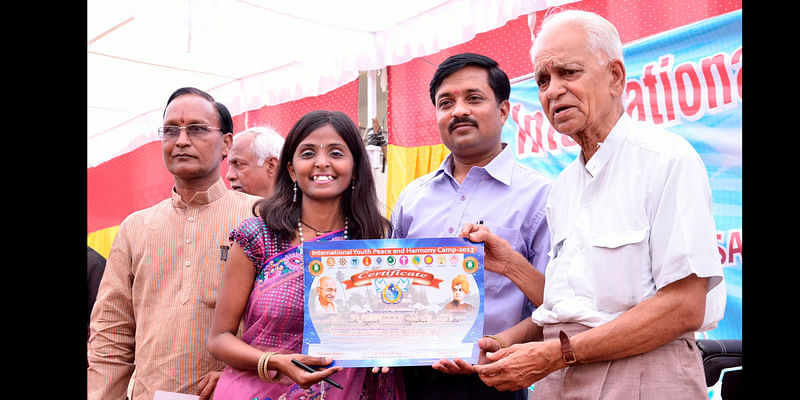 " />With this passion and burning fire in the core of the heart I started my teaching profession along with social work in 2008 as a mother teacher of HKG class with the salary of 2250. Initially so many family problem occurred in my social service journey but finally my family understood that I am made for society not for household or family work. After that I wanted to study more and current salary was insufficient that is why in 2009 I changed my job which was 16 km far from my house I used to go there by changing of two public transportation. Later on to fulfill my dreams to become an educationist I wanted to do M.Ed. so again to earn more in 2011 I joined a CBSE school which was 89 km far from my house at 10,000/- per month salary where without taking lunch, water bottle and 6 hour up-down journey with 7 hour working when I was coming to my home I used to fainted but after taking rest of 30 minutes I was going to take home tuition to 2 children. In 2012 became lecture in College. With my dedication and administrative qualities in education sector I became Principal of St. Joseph's Public School in 2013. At present an Assistant Professor in Sarvodaya Teacher’s Training College. 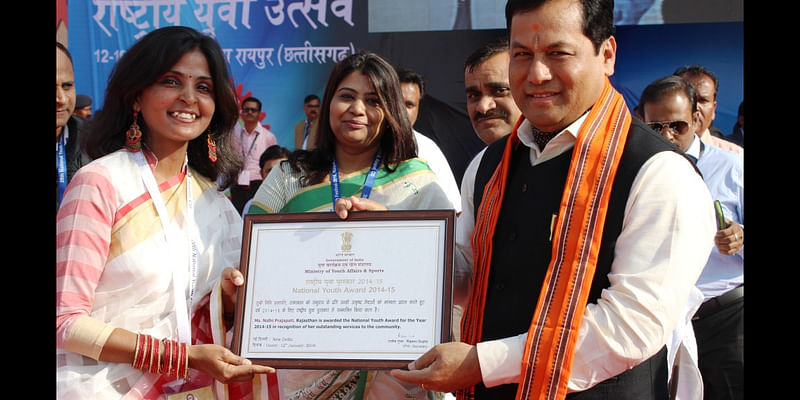 Steps for Social Work: But all the struggle and hard works were just like as those thing are making me diamond in the coal mine. Slowly and gradually I made my identity in the society. As I was inspired by Dr. S. N. Subbarao so under his spiritual and motivational guidance I started work in 2003 in Gandhian Sector, peace and harmony, Creative and constructive India, art & cultural preservation, menstrual hygiene, blood donation, plantation, HIV/ AIDS Awareness, All Religion Prayer, Sharmdan, Pulse Polio, Universal Adult Franchise or Voting rights, Enhanced Nationalism in orphans etc. I used to take workshops and seminar on Mahatma Gandhi’s 11 varts, menstrual hygiene, personality development, motivation, HIV/ AIDS Awareness etc. In 2015 registered my own NGO Society Has Eve International Charitable Trust.

Under this trust these steps have been taken.• ‘Menstruation Hygiene Workshops’ and ‘Awareness Programme’ in schools and colleges (4 in a week, 16867 females were benefited).• Running a School ‘Vidhya Nidhi Shala’ in Ramganj Mandi for underprivileged/Gadiya-Luhar children since last one year.• 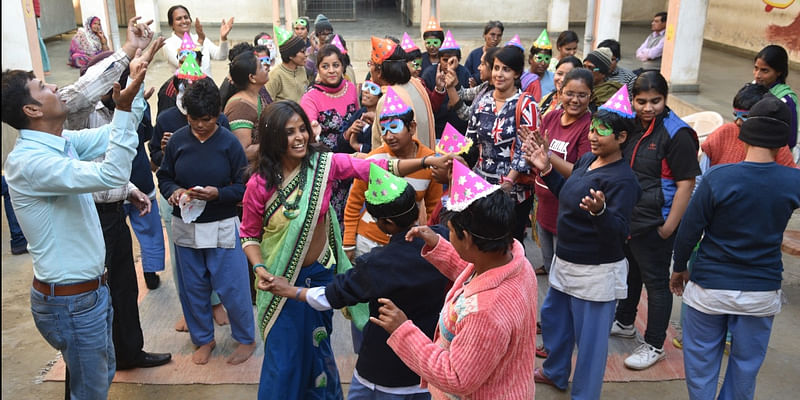 DANCE AND MUSICAL PROGRAMME IN

" />Raising funds for HIV+ /AIDS children and mentally retired females known as Prabhu Ji (Divyang) since 2014 those are living in APNA GHAR.• Organizing Dance and musical programme in the Sanskaar and APNA GHAR -2015.• Looking after 5000 Plants.• AIDS/HIV, Blood Donation, Plantation, awareness programmes.• Skill Development of Women and Girls through personality development classes and Computer training since January, 2015.• Taking classes on Gandhi’s 11 Varts for maintaining peace and harmony in schools, colleges and special camps of NYKS and NYP.• Developing a barren land into forest in Kota, DIST. 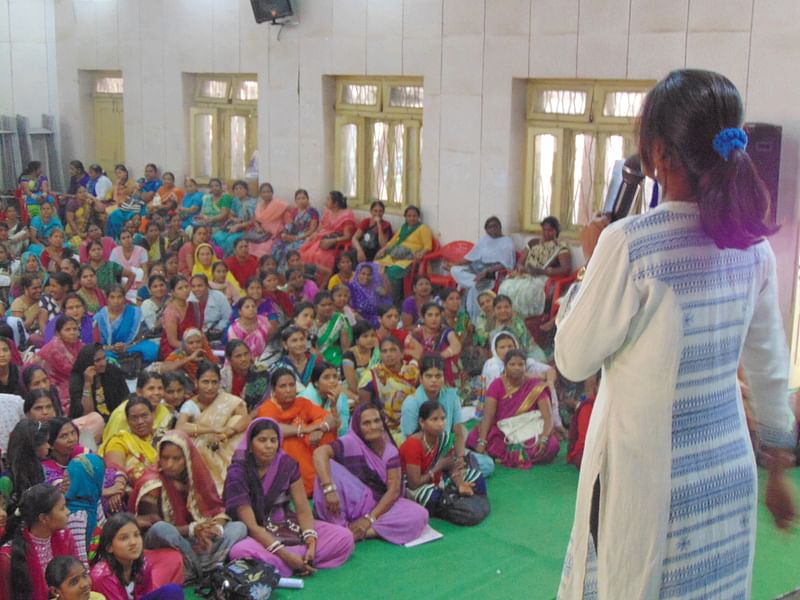 WORKSHOP OF 1000 LADIES ON MENSTRUAL HYGIENE ON INTERNATIONAL WOMEN DAY

As a Educationist: For peace literacy is required because education is the builder of children and nation and now technology is highly involved in education system. That’s why as a research scholar I have written many research papers on Hi-Tech educational era like e-Learning, M-Learning, Tablet Education, LRS, RMS, LMS in Education, Juvenile Delinquency, Environmental Education, OER (Open Educational Resources) etc. 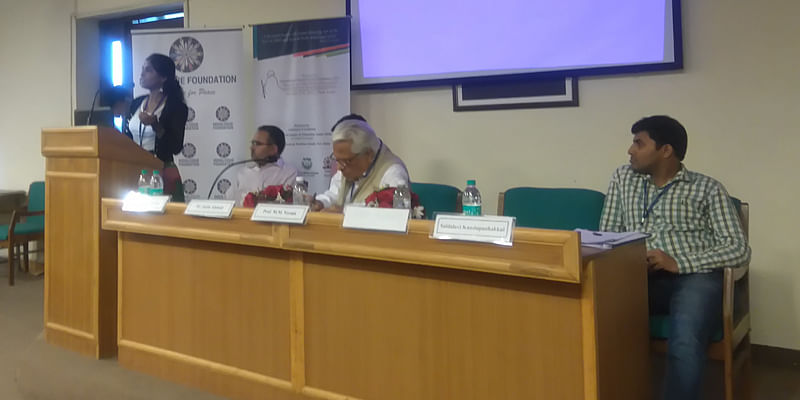 " />National and International Journey: Peace, harmony and culture are the soul of Country. Without these human civilization can’t exists in the world. That’s why I have selected these field for the development of nation and fully dedicated through my heart and soul for the message of peace and communal harmony since 2004 to till now. As a folk dancer I myself performed Rajasthani Kalbeliya and Ghoomar folk Dance at International level in Maldives, Srilanka, Nepal, Bangladesh and Bhutan. In India I have performed in Pune (Maharashtra), Morgaon (Goa), Agra (Uttar Pradesh), Ratlam (Madhya Pradesh), Jaipur (Rajasthan), Kavarati (Lakshadeep), Chennai (Tamil Nadu), Varanasi (Uttar Pradesh), Changlang (Arunachal Pradesh), Kurukshetra (Hariyana) etc. Above mentioned all performances were in Government of India's Youth exchange Programme and National Youth Integration and Leadership Camps. 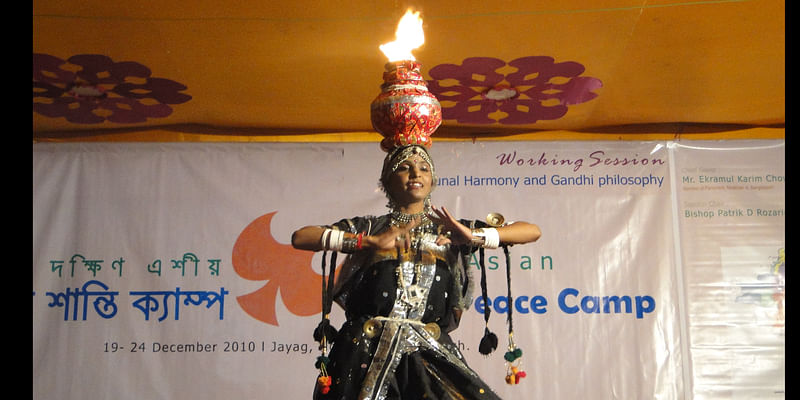 Through peace, harmony and creative work related to youth and children, I have brought the change in the mind set. Conducted many awareness programmes under the Spiritual Guidance and Philosophy of Mahatma Gandhi and Swami Vivekananda. With the divine blessings of Mahatma Gandhi and Swami Vivekananda I organised a 7 day residential camp IYPHC-2013 (International Youth Peace & harmony .Camp-2013) for National and International Integration, Peace and Harmony at Kota, Rajasthan from 22nd April 2013 to 28th April 2013 in which 350 delegates came from across India, Srilanka, Nepal and Bangladesh which was directed by Dr. S.N. Subbarao. Since 2013 on the birth anniversary of Mahatma Gandhi and Swami Vivekananda used to conduct 7 day programme including PPT presentation, Rangoli, Poem, Drama, Debate, Speech, Slogan, Essay, Poster and Drawing competition. 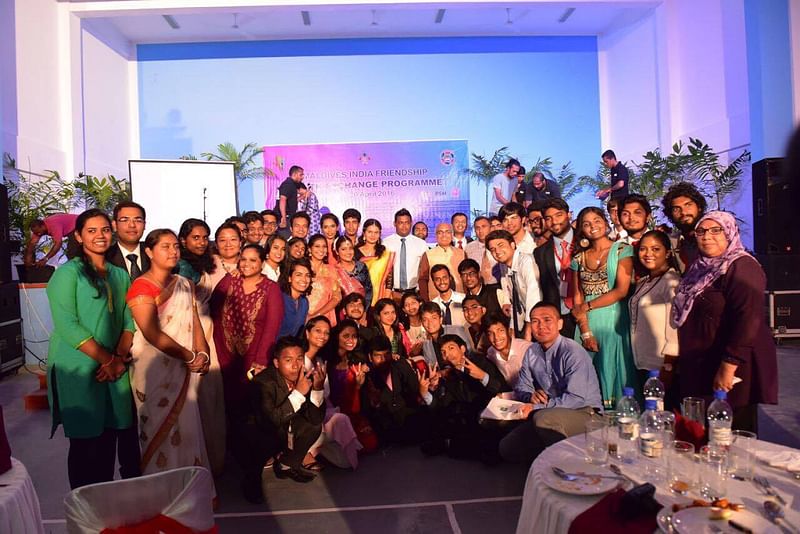 "Laugh and let the people laugh. Happiness is the right of each and every human being."In the last would like to say that I want to become a good human being in healthy, prosperous and peaceful nation and will serve my services for humanity and peace at 24x7 in the welfare of society, country. I would like to quote the words of Swami Vivekananda that “Time of young age is not for wasting by making chatting community, but youths should make community for solving social problems of India. Youths must have high vision and high aim for development of country. They can develop the skills for making good community”.

2. Awarded by scout and Guide for contribution in Divisional Youth Talent Search Programme as a Judge and organizer 2016.

3. Awarded by Times of India and Career Point University on teachers day as Best Teacher of Kota 11th September, 2016.

8. Awarded by Rajasthan Patrika on their Sthapana Diwas 11th March, 2016.

14. Awarded by Microsoft - world’s number one software company for education. Microsoft declared me as ‘Microsoft Innovative Educator’ on 4th November 2015.

15. Awarded by International Multidisciplinary Research Foundation and UNESCO for my research paper on Suicides of students in Kota.

16. Awarded by Member of Parliament Mr. Om Birla for Social Service and Teaching on 5th September, 2015.

21. Awarded by District Administration for social work on the occasion of National Voters Day on 25th January 2015.

23. ‘Appreciation Award’ by ‘District Administration’ on Independence Day for outstanding performance in social work, academics, co-curriculum activities at state, national and international level by District Collector and Urban Development Minister of Rajasthan in 2013.

27. Group Leader of Rajasthan from 2003 till dated for various 19 National Youth Project, Camps.