It wasn’t until only a few decades ago that the idea of e-commerce had even appeared, but the thought of living without the same seems unthinkable right now. By the very definition of it, e-commerce is all about buying and selling of products and services online.

E-commerce has actually inspired or is making way to the new boy in town, pCommerce, what is this pCommerce? The People-commerce sounds bit obscure in the first place, but we can’t turn our eyes and ears from this new buzzword. pCommerce is going to hit the world by storm, revolutionizing the way we looked at people as resource or a capital.

Let’s step into the shoes of Daniel, who has recently assumed the mantle of the senior talent acquisition manager in a multibillion dollar company. The company is diversifying its operations globally and realised India as their next target market. Now, Daniel has a task ahead, to shop for his company and it isn’t as easy as it sounds because he is supposed to shop for talents that too in a country rich with talents.

He had made up his mind and jotted down a list of talents he would love to have in his shopping-cart, starting from the receptionist in the front office to the senior level executives in all the core functions of the organisation. Now the big question would be, is there any platform for the same, where he can catch hold of all what he wants? And the answer would be a big YES. Think of a space where the people are the products and their specifications would be their academic qualifications, achievements and experience in the work life, skillsets and talents.

People like Daniel would be in dire need of such a platform, where he can buy a talent or service he wants from his favourite brand (let’s say the institution he studied or the company he worked for) with all the specifications he is looking for let’s say, a digital marketer with 3 years exposure in a leading advertising firm, who is a premium B School graduate. 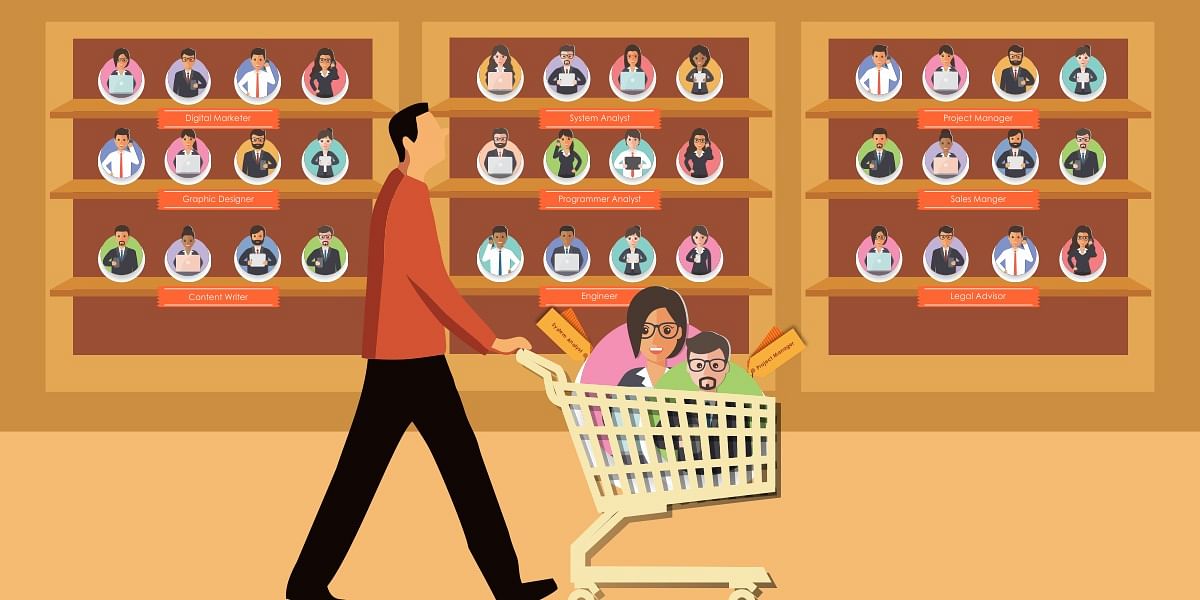 So now is the best time to give that impetus to the pCommerce which it has been lacking. Bringing in technology into the foray would be the largest boost to this trade.

Anything and everything which is being sold in an e-commerce platform is their product, In pCommerce the same thing boils down to the people, as the ultimate product being the employable youth, their specifications being their talents, skillsets they possess and the polishing of those done through the repeated practice of the same.

Who all will be the stakeholders in the pCommerce ecosystem, apart from the talented youth in the offering? All those institutions and establishments which prepares this pool of talent would be on the supplier side, the way they fare with unique branding. The demand side would be the industries and employers who would absorb these talent in the end.

Rachit Jain, CEO of Youth4work, “What helped e-commerce platform to leapfrog the ‘brick and mortar’ stores is obviously the convenience and kind of experience it delivers to user, bringing everything to your fingertips through few mouse clicks. If the same thing emulated pCommerce would be the next big thing, bringing technology to the forefront. Showcasing the product (the people) to the needy in the most convenient way they demand, putting data intelligence to practice would be one thing which can push this industry to leaps and bounds.”

1. The age of pCommerce begins

2. pCommerce- The Global Perspective of ‘People’ in India