By Sreeram Ramakrishnan|28th Jun 2017
What can we do to make our workspaces safer for everyone?

Shortly after the round of complaints of sexual harassment that came out against Mahesh Murthy in March 2017, I started looking into the processes that are in place to protect victims of such harassment. The Vishaka guidelines and the Sexual Harassment of Women at Workplace (Prevention, Prohibition and Redressal) Act, 2013, seemed well-meaning and rather more comprehensive and better thought-out than other laws of the time, although there are some provisions (not to mention the dependence on an enforcement system that is compromised from the very outset) that weaken it.

* The Law is aimed at protecting women, specifically, and not men or transgenders who may themselves be victims in some cases.

* In the event that a complainant is found guilty of making false allegations, she (because the Act does not, as stated above, believe that anyone else could have reason to complain) can be prosecuted. Since an act of sexual harassment is almost always between two people who share an unequal power balance, it is likely that the complainant might always feel that her case may not hold water – which may then be construed as proof of a false complaint, resulting in her being punished again.

* Also, given the unequal power balance, if the (alleged) perpetrator is someone the employer deems of significant value to the organization, there is nothing that discourages the company from overtly/covertly stacking the odds against the victim. The worst penalty a company might face for interference is a slap on the wrist.

A few weeks ago, the Minister for Women and Child Development Ms Maneka Gandhi announced the setting up of an e-portal through which female employees of the Central Government of India could seek redressal for such crimes. That’s a big step because, by eliminating the need to physically complain, the move will encourage more victims to come forward and speak up. However, details about the process flow within the portal are still sketchy.

I’d put together a list of tweaks on the policy front a couple of months ago, but it’s only now that I’m actually setting it down here on the blog. Take a look, and let me know what you think.

1) Definition for sexual harassment: Eliminate the gender bias because an SH case could have just about any possible combination of perpetrator and victim. While the 2013 Act clearly defines what constitutes an act that can be construed as sexual harassment, in light of the new-age amorphous relationships (such as between a mentor or funder, and someone seeking his/her inputs), I’d change the definition to include any such act between people who have a professional relationship (client, colleague) Or between two people who do not have an official, professional relationship but may have a personal relationship where there is evidence that the transgression wasn’t solicited or welcomed

2) Where possible, the victim should have conveyed in writing (whatsapp, SMS or paper, with proof of receipt) that the transgression was unwelcome. The perpetrators’ next exchange of any form (oral or written) must be an acceptable apology (deliberate or accidental act of omission or commission) and no attempt must be made to lay the blame on the victim. The victim must not, after his/her warning, initiate or continue a conversation on any other matter with the transgressors, nor shall the transgressor. Any communication that can be even interpreted as unprofessional will be considered a repeat offense.

By encouraging women to speak up even at that stage, we may finally break through the psychological barrier where victims might feel vulnerable by doing so. They must be encouraged to put their foot down and know that their stance must be honored. It will also cut down on the “consent by silence” argument that is always put forward by the defendants in such cases.

3) All complaints must be filed online with a National Sexual Crimes Registry. There can be offline/physical helpline or counselling centres who can guide the victim through the trauma until they have the strength to start the fight for justice, but a provision for doing this personally (through written/oral/audio/video submissions] is mandatory. Complainant can choose to make it anonymous. [I thought of this before I knew there was an e-portal going to be put in place]

4) The Registry/portal will forward a complaint to the Chairman, Director or CEO of the company, unless they themselves are among the accused. In that case, either the board or a quasi-judicial authority will own the case.

5) The company, through the office of the CEO, has one working day to constitute a working committee to look into this. The short timeline is essential in reducing the chances of influence being brought to bear on the victim. In most cases, the odds of a successful investigation go down the longer the case is dragged on. Memories blur, creating reasonable doubt; the victim(s) and key witness(es) are subjected to influence, bribery and threats; judicial fatigue itself sets in, and the victim, despairing that justice delayed will result in justice denied, may simply lose the will to stand up and be heard.

If the Committee is not formed, or if it is hindered in any way from function, the CEO (and in his/her absence, the Chairman and the Board of Directors) must be arrested and remanded to Judicial custody, along with the senior-most officer of the company in charge of its Human Resources.

7) The Central Govt must appoint a corps of qualified counsellors (eligibility: honours in psychology) and administrators (senior bureaucrats, retired judges, professionals), drawing from even private enterprise as needed (for instance, Practo can share its rating for psychiatrists and psychologists with the government which will then option the top 5 with 95%+ approval ratings).

8) The administrator will review all complaints in their region/zone every day (automatic reports) and charge companies with dereliction of duty if committee has not been formed, if circumstances have not been created where the committee can meet and freely investigate (hearings must be recorded and uploaded to the portal within an hour of the day’s close of hearing) or if the victim requires a review of the process and personnel bias.

9) The victim can, at any point of time, choose to reveal his/her identity to each level selectively.

10) If any conflict of interest or prior association is discovered between the administrator, the committee and/or the parties involved, the other party can ask for the matter to be handled by recusal of the compromised agent or by escalation to a sitting magistrate who must decide and dispose of the matter in under a day. (Yes/No judgment, erring on the side of the complainant of the charge of conflict of interest)

11) All sittings must be completed within a week and the report prepared within 2 days of final hearing. Minutes of each hearing and discussion must be recorded both in audio and in real-time transcript and uploaded to the Registry for case review.

12) For the duration of this process, all parties must be barred from speaking to the media directly or through intermediary. Identification of the victim or the transgressors before the completion of the process will invite strict action on the media houses and the individuals proven to have made the information public (including anyone who reported it), drawing upon the POSCO Act.

13) Depending on the verdict, the victorious party can choose to make the records of the case public. However, this must be with the counsellors’ and administrator’s approvals.

14) The administrator, counsellor, victim or transgressors can also choose to approach the courts for further action (prosecution, defamation and/or damages) and the court must dispose of the matter within a week based mainly upon the records of the hearing and submissions by legal counsel for both sides. It shall be the calling side’s responsibility to ensure that all the witnesses it seeks to call is available for hearing at a day’s notice, and no leave must be granted beyond a day (over the course of the entire hearing) per side.

Since clearing entire days of a court’s calendar for a single hearing might be difficult in the immediate scheme of things, given the backlog at our judiciary, a special court system comprising for recently-retired jurists, senior advocates (with no cause for conflict of interest), district magistrates or retired IAS/IPS officers may be deputed to preside over the courts on a case-by-case basis.

15) A national fund for the protection of victims must be started. This will be for moving victims to a safe location of their choosing in the event of violent crimes, or if there is reason to believe their life is at risk. The approval for safe harbour must be heard and decided upon by a judge in the same day as representation is made; said representation can either be through lawyer, investigative officer or victim (or, if victim is not in a mental or physical state to make such a plea, a guardian such as a parent, siblings, children or spouse). The expenses for protection (police protection in mufti) can be paid out through the national fund.

16) The Registry will allow victims to file, track, review and offer feedback. It will allow counsellors to add reports that can be kept confidential or selectively accessible. It will send daily reports on delayed committees, incomplete processes; it will identify issues that need follow up. At each higher level of administrative oversight, it will also show whether subordinate admins are acting on the cases within their remit.

17) The registry will also make the offenders’ name publicly available once guilt has been established beyond doubt (i.e., by written acceptance of the charges or by dismissal of the first appeal by a court as set forth in point #14). Any company that then chooses to employ such a person (with at least 3 different verdicts against him/her) must annually contribute a huge sum (minimum of Rs. 10 Crores) to the National Fund.

18) In addition to this, every company must shield the complainant from transfer, demotion, pay cuts and other forms of harassment unless the complaint can be proven, in a court of law, to be false, for a period of at least twelve to fifteen months from the date of the complaint being registered. 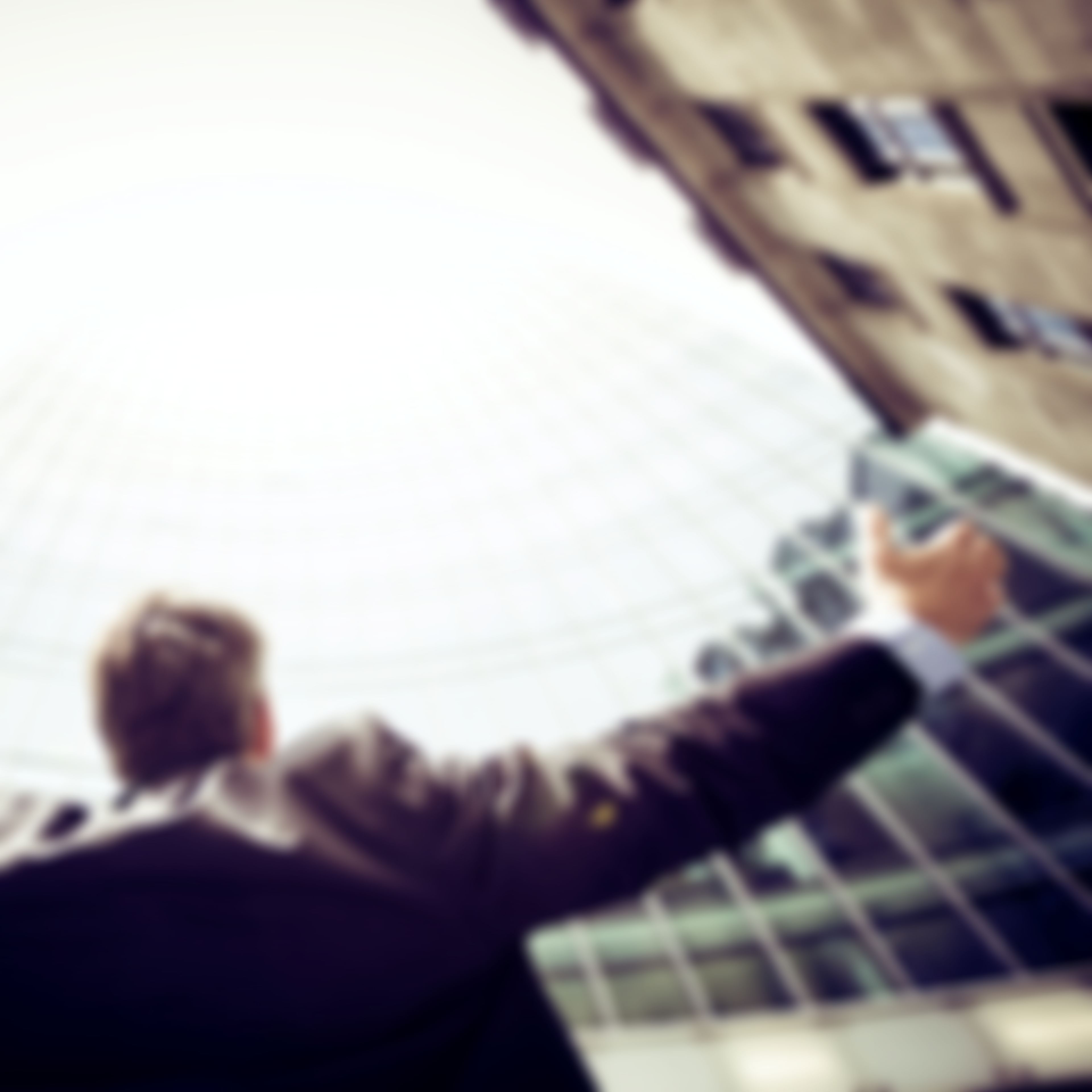 Different types of entrepreneurs that one can become in 2020