I had my school fancy dress competition coming up in the next 2 days, and to be frank, I was just not interested.

I had previously dashed all her hopes by performing poorly in drawing, poem recitation and running race events and

this was her only hope for me to win some prize, as it involved her effort entirely. She had by now almost given up on my abilities entirely

So finally the big day had arrived. I was going to dress up as an Alien, similar to the one we saw in ET and Koi Mil Gaya.

Mom Had painstakingly got the costumes ready, including the large head ,eyes, huge ears, and a long robe

She had in fact taken leave from her office for 2 days, so that i look the perfect alien.

She got me ready and we drove down to school, luckily i didn’t wear the headgear, otherwise i would have got strange looks from people on the road

The stage was set and by 11am the programme began, other children had come equally well prepared with really creative costumes.

Some were dressed as Clock, Fisherwoman, Postman, Soldier, Traffic signal, etc.. but to my Mom’s relief none came dressed as an Alien.

One by one, each participant was called up on stage and they proudly walked down the ramp, their parents loudly cheering them along

When my turn came, Mom was all excited and wished me the best and told me not to mess up.

Mom told me to act stiff, which of course came naturally to me!!

I started walking on the stage….

Meanwhile high up in the sky an alien spacecraft from space was zooming past.

Maybe it lost its way or simply wanted to explore our planet. Whatever the case maybe, they saw me from the distance

I guess i got their attention due to my costume.

The moment they saw me, they thought I am one of them, and may need some help.

So the real aliens decided to land on my school playground and rescue their friend in distress.

I had started walking back after posing to the audience, who seemed really impressed, when suddenly we all saw this huge disk shaped object with colourful lights descend on our playground slowly with a loud noise.

Everyone were panicking and running around, i also was frightened and just froze where i was standing.

As soon as the large spacecraft landed, an automatic door opened and an alien appeared.

You won’t believe it, it looked just like me. How come mom had got the look so right ? I started wondering if she was an alien too. Just kidding !!

The moment the alien came out of the spacecraft, it glanced at me and swiftly flew towards me. Lifted me up and flew back to the spacecraft

I didn’t utter a word, as i was terribly scared, Mom was also frightened and shouted for help.

All my schoolmates and teachers also panicked and were scared.

The moment i entered the alien ship, it took off, vertically upwards. I was surrounded by 10-15 aliens.

But you know something, though they looked strange, they seemed friendly (not like what we see in some scary movies)

What happened next turns out to be really embarrassing for them. When they looked at me closely, they figured out that i was a fake alien

and they confirmed this when they removed my headgear.

It was funny seeing them arguing among themselves after finding my true identity, though i was still scared.

By now the spacecraft had taken off and gone high up.

The Aliens decided to send me back in a parachute. Though i felt scared initially, i later started enjoying floating in the air.

This was the best moment of my life, i felt like a hero, my entire school watching me from below and cheering me. I could see lot of people taking my photographs also.

Finally when i reached the ground, Mom was there to give me a warm hug and then i was immediately surrounded by my admirers

I am so glad to be back.

The next day the newspaper headline read…Brave schoolboy kidnapped by aliens escapes unhurt !!!! 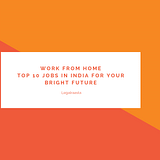 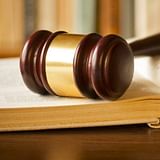 The civil law in India