[Travel Series] Nellore- The land of religious and spiritual legacy 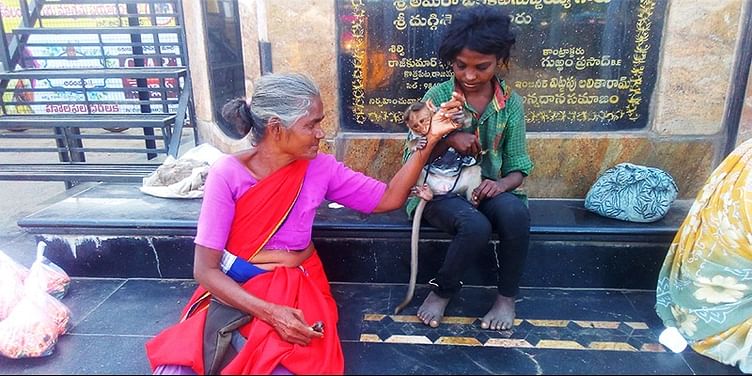 The fourth most populated city of Andhra Pradesh, Nellore is a perfect place to observe and cherish the culture and lifestyle of its people. The city has been ruled by many dynasties of the south and a few of north, the temples and other pilgrim places in Nellore speaks of their impact and belief. The main income in the region is through agriculture and aquaculture.

Nellore is rightly referred to as the rice city. Shrimp culturing can be prominently seen in the region. With calm beaches and stretches of agricultural land, Nellore is a great destination to escape the crowd and relax. In terms of tourism, Nellore isn’t as developed as its neighbouring cities. Nellore is a popular tourist destination among the locals of the state. 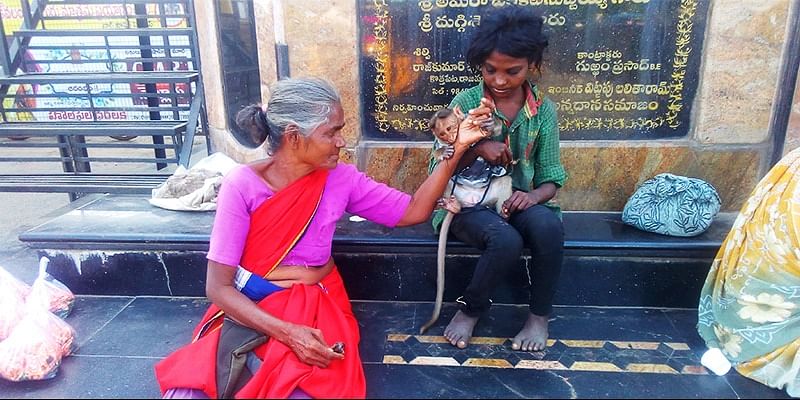 An afternoon at Nellore Bus Stand

As the region can get hot and humid, summers are better avoided. Nellore is best visited in between the months of October and March, Nellore has winter during these months and the climate in the region will be very pleasant and enjoyable.

The best suggestion anyone can give while visiting Nellore is ‘try all the local food you can find’. Nellore, being one of the popular cities of Andhra serves a wide variety of cuisines. There are street food stalls, small restaurants and posh hotels that people can pay a visit to. As an added advantage of the proximity of a sea, fresh and delicious sea food can also be found in the region. However, beaches near Nellore aren’t as commercialized as other beaches of the country, finding food could be harder around these places.

Most of the tourist attractions in Nellore are on the outskirts of the Nellore city. The main attraction of Nellore is its peaceful beaches. As one goes away from the crowded city, they’ll get a chance to explore the secluded beaches and enjoy the peacefulness of villages.

The popular Ranganatha temple is an example of the architectural intellect of the 7th century. Located on the banks of Pennar River, the temple is also called as Talpagiri Ranganathaswami temple or Ranganayakulu. Lord Vishnu is worshiped in the temple as Lord Ranganatha – a sleeping form of Maha Vishnu. The temple is popular for the 70 feet tall Gopuram at the main entrance and the 7 gold ‘Kalasams’ placed on top of it. The temple is less than 3 Km away from Nellore Bus Stand. 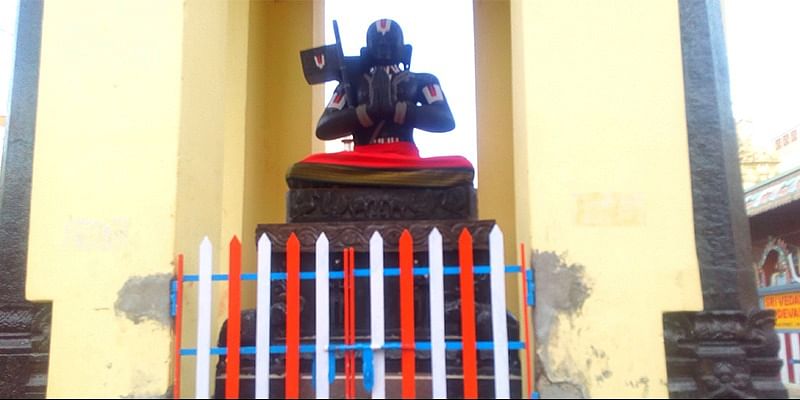 Penchalokana temple and waterfalls are at a distance of just 78 Km from Nellore city. Penchalokana is one of the favourite picnic spot in the region. Penchalokana was earlier called as ‘Penusila’, the name was derived out of a legend regarding Narasimha Swami, a form that Vishnu, the deity worshipped in the Penchalokana Temple. The temple that’s located on the Vedagiri Hills also has a picturesque water fall nearby. There are regular buses to Penchalokana from Nellore.

Pulicat Lake is a perfect spot to enjoy a holiday around Nellore. Located at just 101 Km from the Nellore city is the beautiful lake that has earned the status of a bird sanctuary. The Lake has spread through a great length in both the states of Andhra Pradesh and Tamil Nadu. It attracts many varieties of birds. The main attraction of the Sanctuary is Flamingos that gather around to find their food in the Pulicat Lake. Plenty of buses and trains are available from Nellore to Pulicat Lake.

Mypadu beach is at proximity of just 25 Km from Nellore. Mypadu beach is one of the most secluded beaches of the state. It has a long stretch of gold sand and gentle water. It is a perfect place to get away from the crowd and quietly enjoy the sound of the ocean. Unfortunately, there are no hotels or restaurants in the region. A new temple Jyotirlinga (Shiva) Temple is being constructed on the beach. A few buses and even autos are available for Mypadu from Nellore. 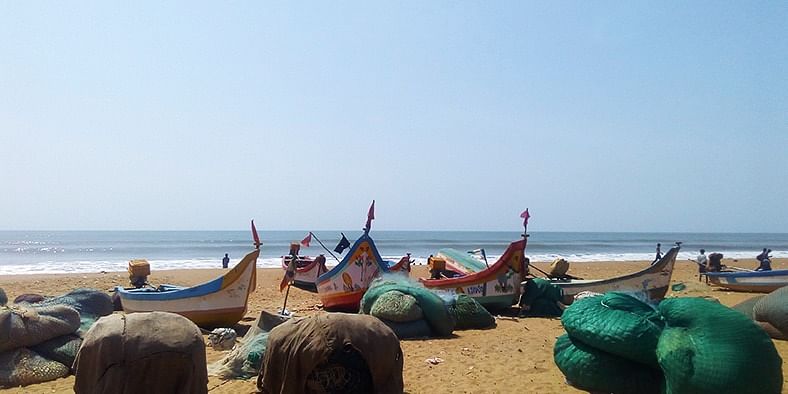 At just around 24 Km from Nellore is the popular Kodur beach. The beach is a famous picnic spot among the locals and many visit mostly during weekends. Situated on the shore of Bay of Bengal, the beach is a perfect place to enjoy swimming in the water and play volleyball on the clear sand. Buses are available from Nellore to Koduru Beach.

There are no hostels in the city but there are other many hotels and lodges. It’s also sad that one can’t find any cottages or guest houses near some of the popular beaches of Nellore. Accommodation can be found in the city. There are both luxurious and budget hotels that provide accommodation for a range of prices.

Hostels: Nellore does not have any hostels.

Train: Nellore railway station (NLR) receives trains from in and around the state throughout the day. The station receives more trains from nearby cities such as Tirupati and Vijayawada.

Road: Nellore has a good road service. Many buses can be found for the nearby and popular cities of Andhra Pradesh. It also has regular buses that travel to the villages that most beaches are situated at.

Air: Tirupati airport is the nearest airport to Nellore city. It is about 121 KM. Nellore airport project has been undertaken by the government and planning for the same has begun.

Local Transport: Most convenient local transport at Nellore is autos and share autos. Even though buses are available for the villages with popular beaches, they have timings that must be clearly enquired and followed as there are not too many buses in the region. 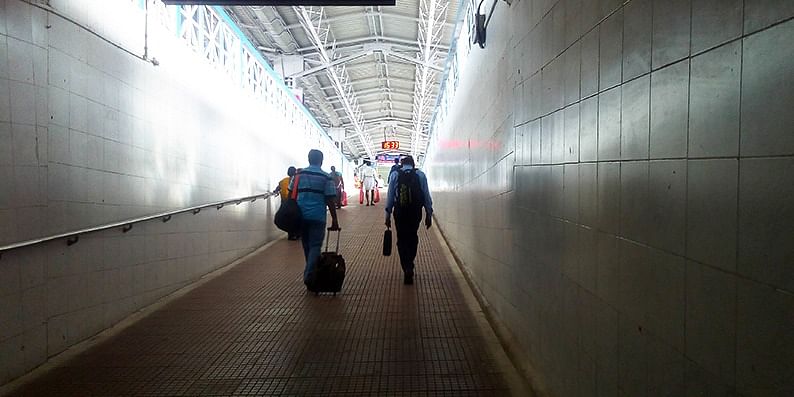 Nellore is not one of the most visited tourist destination. Even though the beaches in this region are secluded and calm, lack of facilities around the place makes it a little hard to settle down in the spot for a long vacation. As it is one of the least explored destinations of the state, it is good to sit down for a thorough research before leaving to Nellore. As most popular tourist destinations are at a distance of a few hours from the city centre, it is good to plan beforehand. Stepping aside from the cautions, Nellore is a great place for those that wish to learn about the local life of the villagers and agriculturists in Andhra Pradesh.

This is an article from the Aao hostel travel fellowship series .