World’s Top 10 Most Expensive Flowers 2017-2018 | Famous Wedding Flowers | Popular Flower list: One among the most exquisite creations of Mother Nature is flowers, which are rich in fragrance, vibrant in colors and also pleasing to everyone’s eyes. They are found to be useful in every stage of human existence, right from birth to death as flowers have become a part of almost all sorts of occasions including bouquets during mother’s day and valentine’s day, decorations at the time of a wedding or just everyday hobby of gardening.

Many common flowers could be developed in home gardens, while some rare flowers will cultured because of their high value. In case that you are wondering about what they are, here is the list of top 10 most expensive flowers in the world.

10. Lisianthus: The Eustoma grandiflorum, which is commonly referred as Lisianthus, is an annual flower that 5 cm in thickness. The flower can able to grow up to 60cm in height. The Lisianthus will come in a wide range of colors from white, pale purple, blue violet and even lavender with wide, delicate and ruffled oval petals. The reason behind its expensiveness is because it will survive just for 2 to 3 weeks before perishing. For each bundle, you will be charged 10 to 35 dollars.

9. Lily of the Valley: The sweetly scented yet also noxious lily of the valley is famous for its delicate & dainty appearance and its bell shaped blooms. This flower usually blooms in the late spring in the Northern Hemisphere after mild winters. It can grow up to 30 cm tall with 10 mm wide. Its lifespan just takes weeks previous to perishing and so, most of the harvesters should be extra careful, since cutting it in the wrong way could further curtail its lifespan. Each bundle costs about 15 to 50 dollars.

8. Hydrangea: Hydrangea is popular for its cluster of tiny flowers, which are unique circular in shape. These are generally shrubs, which grow up to 3 meters tall between early spring and late autumn. Mostly comes in white blooms, whereas some are being noted for blue, light purple, violet and pink colors. Even though it can be easily dropped and wilt, they are still widely utilized in different occasions, particularly in weddings. Each stem costs about 6.5 dollars and considered as the world’s top 10 most expensive flowers 2018.

7. Gloriosa Lily: It has its origin only in Asia and South Africa. The reason why Gloriosa will be highly expensive is that it is a rare variety and also for being unique. The Gloriosa is famous for its showy flowers, which have pronounced and flexed petals whose color is found to be varying from tip to the center. It has long tendrils for supporting Bloom’s weight. They actually come in oranges, deep reds, yellow as well as yellow-green. Each flower costs about 6 to 10 dollars.

6. 17th Century Tulip Bulb: Regardless of commonality and simplicity of the tulip, the high price is for its bubbled bloom. This single layer flower was captivated by the Dutch due to its shape and lush & deep colors. Believe it or not, its color was considered to be stronger as compared to any other flowers during that time. It is very rare too. The price had reached up to ten thousand guilders.

5. Saffron Crocus (Autumn Crocus): These saffron flowers are very popular for being a spice instead of a bloom. However, it is still widely sold as a flower. Purple in color, the rich yellow stamen of the flower is what would make it more unique. There will be a huge demand found for saffron space, yet it will take lots of time as well as skill to cultivate. The cost is about 1200 to 1500 dollars for each pound.

4. Gold of Kinabalu Orchid: The Gold of Kinabalu Orchid will sell at a very high price because of its beauty and rarity. This gem is available only in the Malaysia’s Kinabalu National Park. With its beautiful, long & green petals equipped with red spots, the flower grows from April to May. But, the bloom could take several years prior to it finally appears. Each piece costs about 6000 dollars.

3. Shenzhen Nongke Orchid: It was entirely a man-made flower whose name is derived from the group, which conducted the experiment. The researchers spent eight years to develop the flower. The reason behind its high price is not just for its cultivation, rarity and background, yet also for its appearance. The orchid nearly takes 4 to 5 years to blossom. Each orchid costs about 200,000 dollars and this flower standing at number 3rd position in the list of world’s most expensive flowers 2017.

2. Juliet Rose: The Juliet Rose had taken the globe by storm with its beauty and elegance. David Austin spent nearly 15 years to develop this beautiful flower. The flower is also referred to be 3 million Euro Rose, which will be equivalent to 15.8 million dollars.

1. Kadupul Flower: Tops in Expensive Flowers list: The Kadupul Flower is priceless and the reason why the flower has no price tag is that it is rare and it’s also a flower which could be picked devoid of causing damage to it. Further, it will die before dawn. It just blossoms during the night and emits a calming and lovely fragrance. It will be the flower, which cannot be bought. 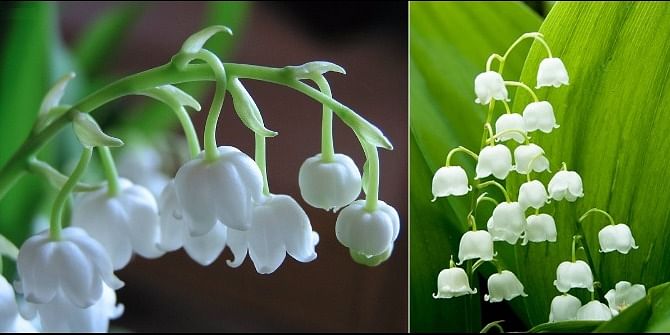