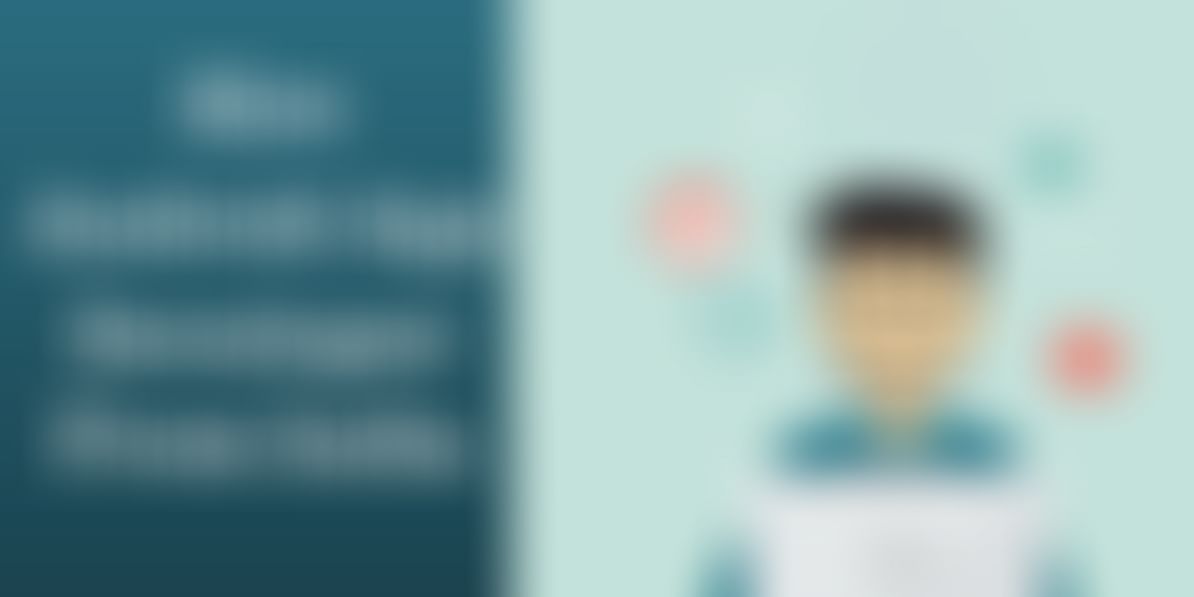 A few years back, Android OS lagged behind its Apple counterpart in providing data safety and other security-related features for robust enterprise apps. With the advent of Lollipop, Android has started focusing on enterprise data security. Today, all the recent OS versions seem ready to tackle the growing threats of a data breach. As a result, companies across the world move to develop a customized Android app for their business. 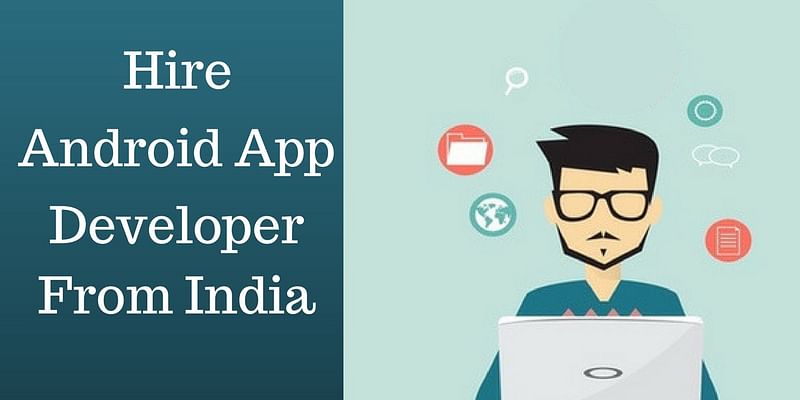 Today, with over 86 percent market share worldwide, Android OS enjoys a dominance while offering companies an opportunity to address a huge audience. But then, entrepreneurs need to take care that their app project does not fall into the wrong hands. In other words, it is better to hire Android app developers from a top-notch Android app development company for developing futuristic enterprise-grade mobile apps.

Here arises a question: which country should you prefer to hire developers for your Android app project? Well, this is a tricky question as we have many options available these days. The USA, Canada, England, The Philippines, India, and many other European countries have dedicated Android app developers who can transform your innovative app idea into a feature-rich app. Be it developing an app for Android wearables or updating the existing app, all you need is to select the developers carefully to get a higher RoI for your app project.

Why outsource your project to India

As an entrepreneur in an American or European company, you may think of assigning the app project to the local developers. The probable reasons for your thoughts are easy accessibility, real-time communication, and the like. But, here is a catch: if you have budgetary constraints, you may find the US-based or European developers costlier, and as a result, you have to compromise on feature integration. Also, you have to pay big bucks for further modifications from the same developers in the future.

There, the outsourcing concept comes into the picture. When you outsource your app project to India, you can get rid of all these troubles while having the following business benefits: 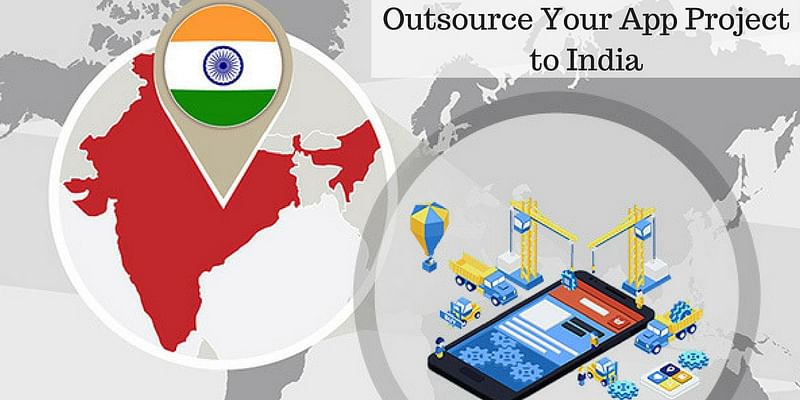 Most of India-based Android app development companies focus on satisfying corporate clients worldwide. India is known as a technology hub as the country has a lot of mobile apps and web development companies. India owns talented Android app developers and the growing competition among them works in favor of the clients. Strict quality check and use of technological advancements are the obvious outcomes of the client-centric approach. As the Indian app developers strive for developing user-friendly apps, you can get an engaging and interactive app with high on quality and performance.

Many Indian app development companies provide their customers with a facility to select the developers of their choice. They arrange the interviews and facilitate their clients to choose the developer team for the app project. Whereas, American and European app development service providers may not provide this advantage. Though the Indian development companies have a pool of talented developers, you can select the most suitable ones for your app project and get the peace of mind.

Effective and real-time communication is an integral part of the development process when you assign the project to the India-based developer. The developer’s team also provides regular reporting and stay in touch with you through various communication means like email, Skype, etc. You can give suggestions and feedback instantly to implement the necessary changes in the app if necessary. Also, most of Indian developers have a good command over English, so you do not find any communication-related difficulty.

When an app project is assigned to an Indian developer, you can get the benefits from the time zone difference. The difference can be as long as 12 hours, which means that your team of developers works on your project in the other part of the world, and you can get a 24-hours office.

Simply put, you can monitor your project in a better way as the development process goes on after your office hours in the different continent. It is like working on your project even if your office is closed. The timezone advantage enables you to get the project done in a timely manner with your active participation at every development stage.

As a promising IT hub, India is full of talented developers who are capable of converting your innovative app idea into a feature-rich and futuristic application. What’s more, these skilled developers like to stay updated with the technological advancements to keep pace with ever-changing development processes. For example, whenever a new Android version is launched, the app developers at India can also come up with the app compatible with this version.

The developer’s transparency can help you a lot in taking the real-time decision regarding the app project. Most of the Indian Android app development companies believe in offering complete transparency to the clients. Integrity and fair dealings are part of the Indian culture and India-based IT companies resonate it.

You can also get a no-obligation quote as per your project requirements and compare the prices of various developers. In other words, India can be your preferred choice as the country can offer the blend of talent and transparency while developing an enterprise-grade mobile app.

Many app development projects become dearer as they proceed. In the age of intensifying competition, a few developers tend to get more profits by the means of hidden charges. One of the biggest advantages of outsourcing your app projects to India is you need not worry about any hidden cost or charge for the process. Indian app development companies are known for openness in the charges they take. You can get the complete details on project costs and discuss everything prior to assigning them your app project.

When it comes to hiring mobile app developers from India, you can remain assured of having a pocket-friendly deal. Flexible hiring models enable you to opt for either a monthly billing or pay as per milestones. Some developers also offer customized engagement models to suit your requirements in the best possible way. Such engagement models can help you get your project done on time.

You always want to keep your groundbreaking app idea confidential to get a competitive edge over your peers. But then, it is difficult to put trust in the app developers as they may show your project to the prospective clients. All you need is a legal protection. The Non-Disclosure Agreement (NDA) enables you to serve this purpose. It prevents your app project from being disclosed as the company cannot show it in their portfolio.

Most of the Indian app developers offer NDA-based development process to give you a complete peace of mind. Your app project is in the safe hands and you can mark your presence with a customized business app.

If you have budgetary constraints, all you need a developer that takes care of both features and development cost. Thankfully, you can hire Android app developers from India at the lowest hourly rates in the world without compromising the quality. On an average, the India app developers take a nominal charge ranging between $25 to $30 an hour, which is quite less as compared to their American or European peers who take above $150 per hour.

From startups to large enterprises, all types of companies can get the most from the thriving Android platform with the help of Android application development services from Indian developers. But, retail and eCommerce, media and entertainment, BFSI, hospitality, and healthcare sectors remain the biggest beneficiaries. They can get the customized app solutions with excellent features and a seamless performance at affordable rates.

In a nutshell, it is fair to mention that experienced and dedicated Android app developers can give a boost to your business with a user-friendly and seamlessly-performing app. But, you should remain careful in selecting the developers that a few companies show false portfolios and pretend as the best company.

If you have a groundbreaking app concept or a project ready to simplify the business complexities, just consult a reputed and reliable mobile application development company, which is headquartered in India. You can get the project done with all desired features and excellent functionality in a cost-effective way.