The 'Flip' side of #BigBillionDay 'karts' 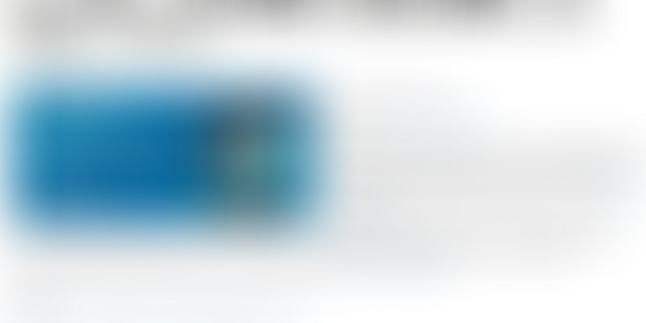 A story on how the face of Customer Acquisition has changed and how to 'Oversell' and Un-deliver!!!

“You are what you eat.” But in startups, I would say, “You are what you measure.” If all you measure is vanity metrics, then this is what your business will focus on. If you don’t measure anything, then you’ll just become reactive and not learn.” — Zaid Zawaideh

So one thing is clear by now ... #BigBilliondays is India's answer to BlackFriday and Thanksgiving; also with that analogy Flipkart, Amazon, Snapdeal and the ten other websites become our mythical figures who bring gifts to the homes of well-behaved, "good" children. Well in our case credit card owning/CIBIL certified netizens!!!

Personally being a large consumer of online commerce to buy almost anything and everything- I'm making an attempt to bring out a few loopholes in the system; it’s inadequacies and highlight how the GMV race/cold wars are still existent but in a new face. As readers I appreciate all your feedback and criticism to my views. After all I’m no sage who wishes to preach anything here…!!!

Since most of my pre-Diwali tech shopping has happened on Flipkart I’m going to use this as a base case and in a follow up post talk about a slightly larger comparative between the top three boys namely FlipKart, Amazon and the ‘Unboxed Zindagi’ jingling Snapdeal.

Unless you were hidden under a rock or probably atop the Himalayas; the recent spate of print/tele/online advertisements has made you aware that a massive 3-7 days sale has just occurred on India’s largest e-commerce portals. Without wasting time asking questions on how much money was spent in making you aware (Snapdeal-rebranding=200crs!!! FYI) I’ll like to jump straight into the buying experience and the ‘insane’ deals a host of us scored… 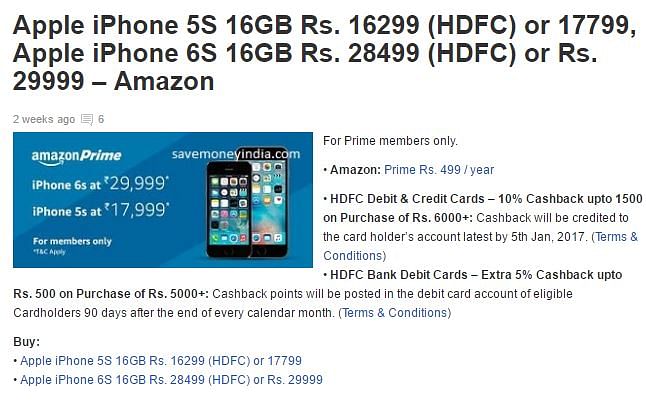 Most of us who’ve been part of this online carnival since a few years will safely bet on the fact that with no outages and more ready stock we all genuinely had a nice glitch-free shopping experience on most portals. The only exception was probably the time when Amazon was selling the iPhone 6s 16Gb for 29,999 with a 10% cash back on HDFC cards!!! But by and large most websites had stable back-ends and no major outages like previous years were reported.

Before we go-onto the deals scored, let’s go back a few months- March 29th to be precise. In a press note by the Ministry of Commerce and Industry- A new rule was established which said that No individual seller can account for more than 25% of sales in an e-commerce marketplace operating in the country.

Secondly- A marketplace is a merely a platform that makes a Buyer meet a Seller. It cannot directly or indirectly influence the sale price of goods being sold by a seller.

Most of India started fearing these new regulations as this would mean an end to discounting and thereby lower GMV. Well fear not dear Indians; we are a country of a billion ‘Jugaado’ people! From day to day ‘jugaads’ to corporate ones- We know them all!!!

Our beloved e-commerce boys have now created multiple sellers owned by them in JV’s with random families/people selling specific items only. You don't believe me right??

Flipkart: Most mobile phones across popular brands will be retailed with FKAdvantage tag on best price by a seller called ‘SuperComNet’ a seller that didn't exist four months ago; while Iphone 7 will have WSRetail (Flipkart's in-house co) as the seller.

Don't get me wrong... There's no harm in doing what you're doing guys... Its not illegal in any way!! Laws are meant to be bypassed right?? My hard hitting questions will come below!

So prior to the starting days of the sale like all netizens I reached out for my wallet and checked if I have the right ammunition (credit cards) to score the best deals in this festive season. Off course on a normal day I was never going to fall prey to a SBI Credit card. But hey SBI is all over the place with a flat 10% discount so I really need to get this baby in my arsenal.

Since my iPhone 6 Plus was affected by Apple’s #TouchDisease I really needed a spare phone until I could find a fix.Now that I had gotten all my cards ready I was casually checking out online cheap phone options towards the end of September. Guess what FlipSantaKart just showed me on my face a deal I just couldn’t say no to!!! 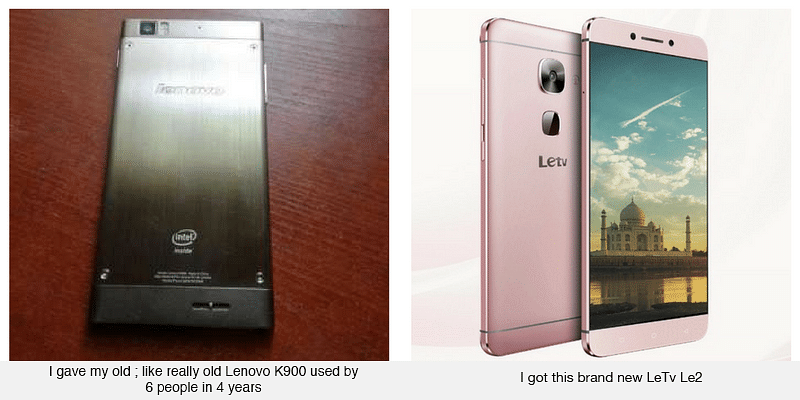 FK in that one mad Le day gave me INR 5500 for this old K900 which honestly I would have hadto pay a shopkeeper to buy from me+ 10% instant discount thanks to SBI + INR 2000 worth of Hotel Vouchers from MakeMyTrip...

Someone somewhere lost money in this absurd transaction... My question here - Is buying back 'shit' old phones at high prices and selling newer and more devices to attract GMV the new customer acquisition technique ??

Brand new with warranty Rose Gold 38mm Apple iWatch at INR11.7k i.e. $175 is lower than what the same device costs in second hand/refurbished across the entire world!!! Check it for yourself across EBay.com or Amazon.com 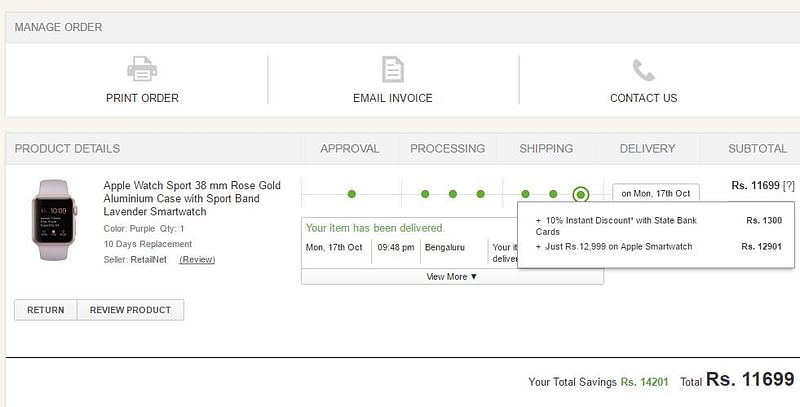 The box that was delivered has an MRP of INR30k and a manufacturing date of Nov'15. Question here is - Is this an inventory dump into India by Apple or has Flipkart decided to burn down all the cash ??

Apple iPhone 6s in lieu of one year old iPhone 6 16GB. Again a case of bad buy-back… Effectively post EMI adjustment and all the gibberish- The old 16GB iPhone 6 was sold for INR 24k while the new one retails for INR29k…

No shop keeper across Mumbai was willing to give a dime more than INR 18k… Question here…Who lost the INR6k on this one phone sale???

Well this one is still ongoing so I really shouldn’t say much. We ordered a Black 32GB iPhone 7 on October 3rd using a Citi credit card with expected INR 10k cash back. Phone launch was on the 7th of October while delivery was scheduled up to a maximum of 14th October.

On the night of the 13th we get a call from a Flipkart executive informing that this phone would ship latest by 10th November…!!! Yes that’s right a staggering 37 days post order date…!!! 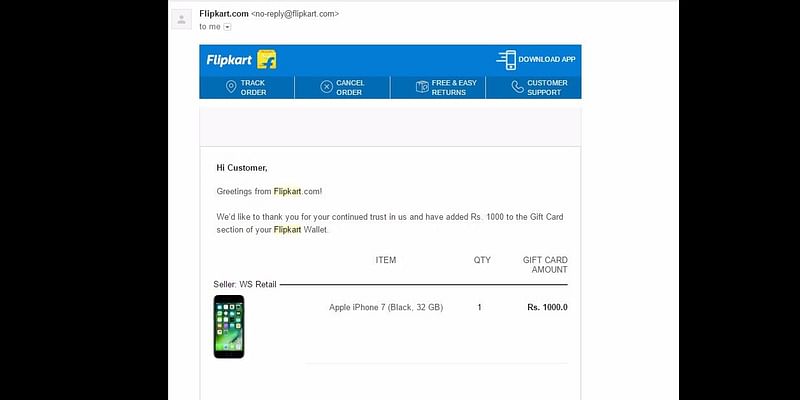 The voucher email from last night. FK couldn't even personalize the name!!!

Question to be asked here- Have some portals aggregated demand and then gone and tried to buy/fulfil it?? Clearly its backfired in the case of the iPhone 7 Black...!!

In scenarios like there- Shouldn't the customers money debited from the credit card be in an escrow account(like PaisaPay) until order is fulfilled...?? Or is it the right of merchants to enjoy the 37 day liquidity/float given interest free to them??!!!

In conclusion; I'm sure like these a host of you have scored some insane deals and literally made hay in the shinning sun...Personally being a large believer and backer of e-commerce I've loved to shop online and almost have entirely stopped going to malls. I want these boys to be there for many more years... The idea of this post is not to criticize any one portal but to ask some very basic questions on how they plan to sustain this and bring some transparency into the workings of the big boys…

I still haven't told you'll what I did with my #TouchDisease affected Iphone 6 Plus right?

Well that's a story of another shopping portal and another day.... Hope you enjoyed this read!