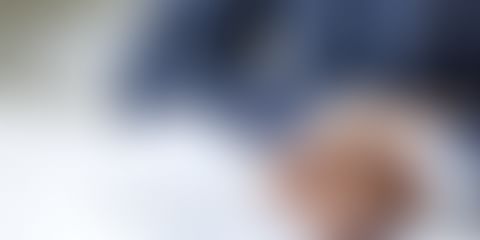 The story of how co-incidentally I got an internship offer which turned out to be a great experience for me.

Hi! I am Rajasekar, a blogger, a dreamer and a computer science engineering student. You can know more about me on my LinkedIn Profile. The story I'm going to narrate is about an internship interview that I attended. Give it a read. I hope you find it interesting.

So, there it goes, I am an active member of Amrita Centre for Entrepreneurship, the E-cell of our college and I got this opportunity of participating in an interview for an internship.

First-round happened, the interviewer asked me, "In the current social structure you're in, do you think you can become an Entrepreneur just like that like you see it in movies?". I replied, "Being super-calculative myself, I always choose what's the easiest or smartest thing to do given one is governed by the law 'Survival of the Fittest' and hence after all the research I did, I chose my course not (only) because I love it but also because it is simply simple and best. Thinking along the same lines I've calculated to go with entrepreneurship for the same reason and I'm confident that I can." He was very much impressed with this answer and that's how I got into the second round of the interview.

The second round was the final round and I was all dressed up for it. Since primarily I had told the previous interviewer that I was intrigued by the concept of Neural Network, he referred me and only me to a healthcare based organisation which was expecting an intern to help build their online healthcare application using Artificial Intelligence whose representative didn't turn up to interview me for the second round. There was also another education firm that was conducting an interview and I gathered up the courage to ask them if could be interviewed by them for the sake of having an experience. He nodded.

So, as I entered the room, He asked me, What was it that I was expecting from an internship and that too from an education firm like us. And my reply was, "I've always been interested in quality education because I know how powerful it is when it comes to changing one's life. While I was a leader in my school I used to go to my juniors and teach them how to learn by themselves, totally teacher independent and I've always been depressed about the current system that lacks quality which I'm currently pursuing and thus I would love to contribute to your organisation in any possible mean that I can." And when the discussion was going on fine and strictly in English till he asked, "Where're you based at?" and there came the grinning reply from me, "Sir, I am from Madurai." He told, "Apa Vasadhiya pochu!" which means, "Alrighty Then!".

From then on, the interview took a turn from a very serious formal interview to very casual and friendly discussion between three brothers (They were just 6 years elder than me and by the way, they were two in number).

Imagine the following in Tamil:

Them: Who is your favourite Actor?

Me: I don't have a favourite actor though earlier I was a Vijay fan, say, for now, I only admire directors like Karthik Subburaj from the younger generation cuz he's also from my school/city, Gautham Vasudev Menon from the previous generation and obviously Mani Ratnam the legend (once again from Madurai).

Them: Madurai is famous for Jigarthanda, right?

Me: Totally, I see Jiagrthanda as a beautifully innovated dessert that deserves a UNESCO certification. Near my house, there's an outlet that is of the size of this same room (say, 8*8 sqft) and they'd easily be making a turn over of over half a million INR on a normal month.

Them: Now that, Rajini and Kamal have entered Politics, who will you vote for?

Me: Though it is a fact that Kamal is one of the most genius brains born in India, I don't think I'll encourage his or Rajini's political venture because they entered politics only after there was a political vacuum that was created in TamilNadu and also that their knowledge or experience about the political system is very minimal when compared to the professional politicians. I think young leaders like Seeman and Anbumani deserve a chance to prove themselves.

Them: What is your view on LGBTs in India? Do you support them?

Me: I do think that it is essential that the government recognises them and gives them enough care and opportunities for they too are human beings just like us and I also think that their behaviour towards us is also the reflection of our attitude towards them. So, I also think that we should fundamentally change our views on LGBT people that there arises a society where they can walk around casually, just like we do.

Them: Are you a studious student?

Me: Do I seem like one? <smiles> JK, I am not a studious person, in fact, I am everything that is against studious. We people often stress about studying, while the world will progress if only everyone starts learning instead and that there's a huge difference between the both. Studying is getting to know the facts, Learning is mastering. You forget what you studied two days after your examination and you'll remember what you learnt for years together. I am more than willing to learn and not even willing to study.

Them: Religion. Science. Spirituality. What are your takes on these?

Me: Science - "Whether one likes it or hates it, it is very much essential for all the 7 billion people and even the animals follow science for their survival. Religion - "I do admit that it was initially meant to prescribe a code of living to the people and to ensure morality in a civilisation but nowadays the very definition of religion is changing and I totally am against it. I also feel that morality can be gained without even religious practises and I don't need one to be morale". Spirituality - "Doing something good that'll satisfy our soul is my definition of a spiritual experience."

Them: If I were to ask your friends about you, what answers would I get?

Me: You are more likely to hear the adjectives - Super-over-confident, Kind-hearted, Ambitious, Rational, Happy-go-merry, Talkative and Brainy.

Them: What are some of the skills that you possess?

Me: I got the skill of choosing the right combination of words so as to deliver any given content in the most striking way and I consider that as a skill because a tactful speech can either inspire a child get a Nobel prize or can make someone win an election or can even kickstart the World War III. Some other skills are that I can negotiate very well through e-mails and I have done that many-a-times in the past. Got some leadership skill from school. Lateral thinking, Creativity to add a few more intangible ones.

Them: Final Question, What will you do if you are not getting selected for the internship?

Me: Simple. This is will be my first mock interview.

Me: Thank you so much for making me feel comfortable, I thought, I'd be nervous but it was fun attending this one.

So, that's how my internship interview went and eventually, I got the call and was selected for the internship and went on to take part in their company for the whole of May 2018 and trust me it was a great experience working as an intern in a startup.

Thanks for reading this lengthy post. Have a great day, week, month, year, life ahead.

What is node.js? A List of Popular Websites Built on Node.js

How To Write The Conclusion Of A Coursework: Helpful Tips From UK Writers