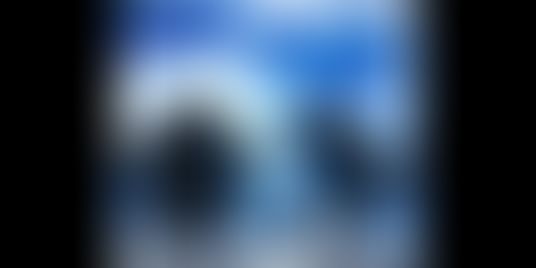 The traditional approaches in M&As which have been largely reactive to immediate deal opportunities are no longer sufficient. Shareholders expect their investments to drive transformation within their organization over the long term, rather than deals that could be financially accretive in the short-term but not sustainable.

Globally, the year 2017 has seen spurt of mergers and acquisitions in the insurance industry because of ongoing pressures of tepid growth in premiums, low interest rates and the burden of regulatory requirements. A research done by Willis Tower Watson and Mergermarket says total deal value increased by 170% between the first half of 2016 and first half of 2017. The jump in megadeals has come amid a stronger global economy as well as defensive plays as big firms look to ensure they stay ahead of competition.

The United States is the top national destination for acquisition, followed by China. The US insurance sector announced deal value of $10 billion in the first half of 2017, compared to $3 billion during the same period last year. Another survey by KPMG shows that Western Europe is seen as the region with the most assets up for sale, led by the United Kingdom, Italy and Spain, 48% of respondents selecting it as a divestiture opportunity for their companies. The report found that 33% of the survey respondents attributed the M&A activity to a desire to transform the business model while another 33% want to enhance the existing business model. Poor business performance by particular units was cited as the primary motivator for divestitures by 38% of respondents while 195 cited a desire to sell off non-core assets as the number one reason to divest, according to the report.

Disruption is shaking the fundamentals of the insurance industry. New technology, new competitors, new markets and new regulations are creating tremendous opportunities and posing significant risk to the legacy insurance business model. One of the immediate consequences of this trend is the expected rise in deal activity in the global insurance industry. Moreover, the volatility caused by Brexit and the US presidential election forced most companies to the sidelines in 2016. But after a year to catch their breath, M&A  are the buzz of 2017. Insurers took 2016 to understand how major events will influence the business and investment climate around the world.

Insurance companies abroad are focusing on transforming their business and operating models and with geopolitical uncertainties, they are aggressively looking at deals that can help meet their objectives. Another factor for undertaking an acquisition is to gain a strong brand. As technology is transforming insurance business, companies are looking aggressively at the digital platform for sales and distribution. As the market evolves and customer demands increasingly focus on efficiency and digital options, insurers can hardly avoid acquisitions.

Lower rates for insurance among millennials also mean that insurers must work harder than ever to win business and this will increase the value of the effective branding. In fact, M&As in the insurance industry will be driven by the need to create synergies, build brands and tackle technological advances. Having a solid brand when transitioning to digital sales can be just as important as competitive pricing, with a major acquisition paving the way for a company to reinvent and reintroduce itself to the market. Trends within the industry demand new ways of working, new technologies and new models. Insurance companies and their shareholders are increasingly focused on leveraging M&A activity not only to drive growth through access to new markets, but also to access new technologies and models.

The deals which are being completed are of higher value. Data from Willis Tower Watson show that in 2016, there were only 14 deals worth more than $500 million. In the first half of 2017, there were already 11. Insurance firms that have been most acquisitive in the past few years anticipate the most future buy-side activity. Of those firms that have made between one and two deals in the past three years, 81% expect to make the same number of purchases in the next three years. The trend shows that insurance M&A activity will continue to be driven by serial acquirers and those that have been active in recent years, as opposed to new entrants.

One of the major factors for insurance companies in Europe going for M&As are higher solvency norms fixed by regulators in the European Union. The Solvency II regulations, which came into force last year, stipulate the amount of capital insurers must hold to offset risk. Those insurers that cannot raise the required capital under the regulation can get out of the business if they think that increased solvency regulation will impact their profits.

The life and annuity sector has been suffering through a persistent low interest rate environment that has weighed on insurers’ investment portfolios. Nevertheless, the US Federal Reserve has raised the interest rate twice in 2017 and there are signs that other central banks are considering tighter monetary policies as inflation increases.

US pharmacy operator CVS Health Corp and health insurer Aetna Inc are working towards finalizing merger terms for more than $70 billion. The merger will be the biggest in the history of health insurance industry. The deal will combine CVS, one of the largest US pharma benefit managers and drugstore chains, with Atena, one of the oldest health insurers, whose far-reaching business ranges from employer healthcare to government plans. In fact, healthcare consolidation has been a popular route for insurers and pharmacies, under pressure from the government and large corporations to lower soaring medical costs. In the US, pharmacy benefit managers such as CVS negotiate drug benefits for health insurance plans and employers.

In the US, the industry witnessed insurance carrier Nationwide expanding its reach with the acquisition of Jefferson nationwide, a distributor of investment products. Similarly, in the US insurance broker USI was acquired by an investor group including private equity firm KKR and Canadian pension fund CDPQ for $4.3 billion. Among the insurers, megadeals have been impacted by uncertainty in terms of the direction of tax and regulatory reforms, although some clarity has come by way of the implementation of the department of labour’s fiduciary rule.

The year 2017 was a landmark for the Indian insurance industry as it saw a spate of initial public offerings (IPOs). The insurance regulator’s move to relax capital raising norms last year, which allows insurance companies over 10 years to go public, has pushed many companies to tap the capital markets. First, it was ICICI Prudential, a joint venture between private sector bank ICICI and a business unit of prudential plc. The maiden listing of any general insurance company in India was oversubscribed three times. Then came SBI Life, a joint venture between State Bank of India and BNP Paribas Cardif. The state-owned General Insurance Corp (GIC) and New India Assurance also did their public offer. The country’s third-largest life insurer HDFC Standard Life too went for IPO in 2017. Apart from Indian insurers tapping the primary markets for funds, a dozen foreign promoters have increased their stakes in their Indian insurance joint ventures after the 2015 amendment to the insurance laws which raised the ceiling for foreign direct investment to 49% from 26%.

Listing is a step towards improving disclosure standards and their periodicity, which will make businesses answerable to investors and society in general. Till few years ago, there was little transparency in term of policy details, claims and surrender rates. The regulator changed the landscape by bringing in more disclosures benefitting the policyholders. The Indian insurance IPO market is taking off at a time when the industry is poised for a giant leap. The industry is expected to quadruple in size over the next 10 years from its current size of $60 billion.

The merger plan between HDFC Standard Life and Max Life failed because of regulatory issues. The merger would have created the country’s largest private sector life insurer with an estimated market value of Rs 67,000 crore. However, HDFC Ergo General Insurance buying L&T General Insurance for Rs 551 crore has been successful.

The traditional approaches in M&As which have been largely reactive to immediate deal opportunities are no longer sufficient. Shareholders expect their investments to drive transformation within their organization over the long term, rather than deals that could be financially accretive in the short-term but not sustainable. The modern M&A landscape is filled with both opportunities and pitfalls for global insurance companies. To navigate successfully, acquirers will have to pay close attention to their strategic growth objectives as it relates to transforming their business and operating model and recognize that not all potential acquisition targets are capable of helping fulfil them. 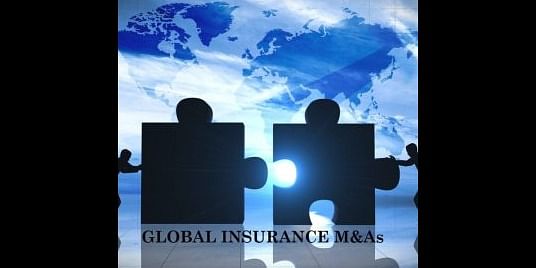