And the role of a teacher to inspire their students and help them achieve their dreams in life.”

In 1994, when fourth grader Nick Mustachio shared his aspiration of becoming an astronaut with his teacher, Katie Reagan, she listened.

Coincidentally, Katie’s husband Robin Reagan worked at Ellington Field, where a NASA space shuttle, mounted atop the Boeing 747 shuttle carrier aircraft, was about to make a pit stop in Houston. Katie made it a point to invite Nick with his family for a visit.

The day arrived. Followed by his teacher, Nick bounded up the ladder of a T-38 jet and peered into the cockpit where a NASA pilot sat in the front seat. 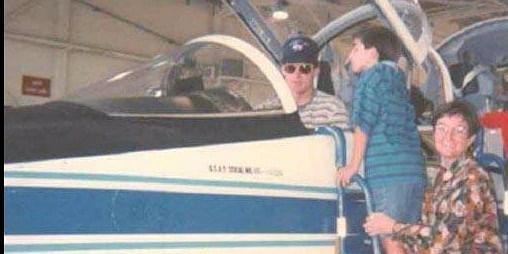 (Nick on the ladder with Katie and his brother-in-law Scott Reagan, the pilot)

As Nick grew, so did his love for space exploration. He participated in various NASA programs, got accepted to NASA Pathways Internship program, and was finally hired as a full time employee in 2015. But the story doesn’t end here.

Nick showed the above picture to his coworkers during a meeting, where one of them happened to recognize the pilot. “You know that’s Scott Reagan, right? He still works here,” the coworker said. Nick had no idea that he had been working in the same division as the NASA pilot who introduced him to the T-38 aircraft over 20 years ago! Life indeed took a whole full circle !

Search for Katie began. Nick only knew her teacher as Mrs. Reagan. Also, nobody was aware at that time that Scott and Katie was related. As a child, Nick hadn’t learned of the relationship, or perhaps the years had just erased that memory.

Somehow, contact was made. Reagan said she’s so very happy to have given Nick the opportunity to see the space shuttle that day in 1995, but she is convinced that her pupil would have made it to NASA even if the visit never happened.

“I had no doubt that he would pursue NASA one day,” Reagan said. “He was the most mature (way beyond his years, or even mine for that matter), focused student I ever had.”

“I have loved seeing his picture in Mission Control and learning how he has pursued his dreams with NASA,” Reagan said. At the time, the mini field trip seemed to be a simple act of kindness. But because one teacher went above and beyond on that Saturday, she helped spark the fire her student needed to relentlessly pursue his dreams.

To all the teachers out there, you have the power. The power to inspire your students. All you need to do is to Listen. Listen to their dreams and aspirations! :) 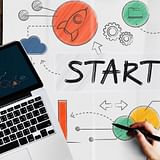 7 Tips For Developing A Marketing Strategy For A Startup