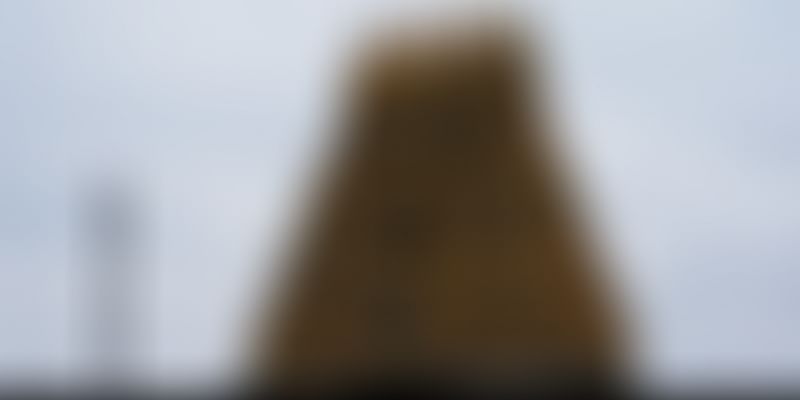 It was late and soon it was going to be dark. I wanted to visit the city of Belur, located 17 km from Halebidu, before nightfall.

I was amazed by the majesty of the Hoysaleswara Temple in Halebidu; I was sure that visiting the Chennakeshava Temple in Belur was going to be a very exciting second part, but it was getting late and I had to be faster than the sun. 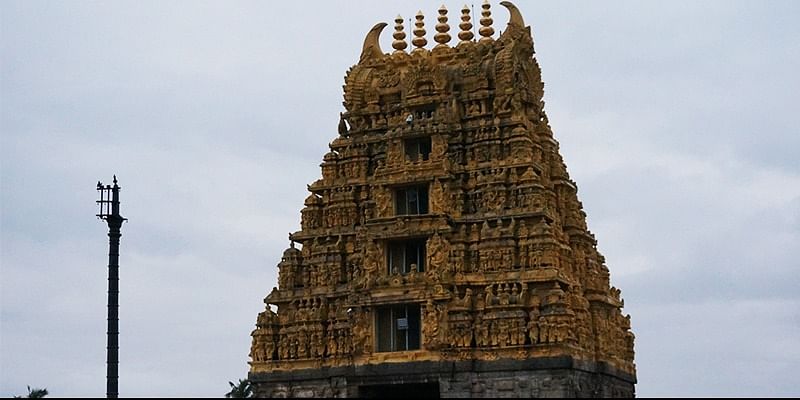 Photo #1: Belur is 17 kms away from Halebidu. As you approach the location, you can see an entrance gopuram painted yellow standing tall.

The town of Belur has old temples that are great examples of the brilliance of the Hoysala dynasty, as is the Chennakesava Temple that welcomes you with a huge yellow-painted gopuram right at the entrance of the temple.

Within the district of Hassan is Belur, a village just 17 km from Halebidu that is a center of stone-based art. Both towns bring an authentic style to the history of the State of Karnataka.

The temple is a jewel that has been standing since the 12th century, when it was built by the Hoysala dynasty. 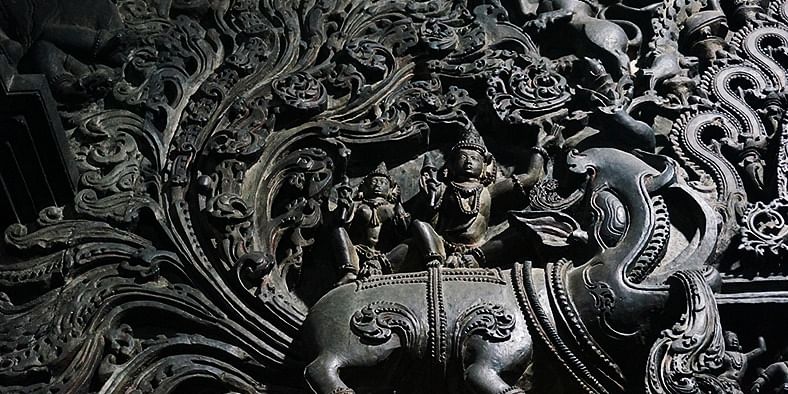 Photo #2: Mythological art in the Temple of Belur.

While I was finding out which bus I should take from Halebidu to Belur, I met Mr. Patel. He began to ask people around him which bus to take to get to Belur. He was also a tourist; he was in the area because he had to give a speech, but he had taken the day off to visit the temples of Belur and Halebidu.

Mr. Patel was traveling with his assistant and a private driver in order to expedite transportation from one place to another.

He and his team were headed to the Chennakeshava Temple in Belur and he offered me a ride. Their kindness inspired me to say yes.

They, like me, were on their way to Belur. They were also in a hurry; they wanted to see it before nightfall.

I accepted the invitation. The trip was very pleasant; Mr.Patel told me that he was a retired bank manager currently working as a university professor.

He had traveled extensively in Southeast Asia and India, and he wanted to visit the United States. I told him that he was also welcome to come to Costa Rica.

On the way back I saw many sunflower fields; I wanted to get off and look at them closer, but it was not time yet. The sunflowers would surprise me again in the city of Badami.

Photo #3: The temples in Belur are famous for their carvings and splendid architecture.

The moment we entered Chennakeshava Temple, Mr. Patel requested the services of a guide in order to better contemplate the temple.

It started to rain slightly, so we took the tour with our umbrellas open.

We were all barefoot and a little bit cold as we walked around the temple listening to the guide. But I thought, "I am in Belur, appreciating an ancient temple barefoot and in the rain in the company of new friends. When would I have ever imagined something like this? "

My visit to the temple of Belur was very different from what I usually think of when planning a trip. The image in my mind generally has a radiant sun and there’s no need for an umbrella. The rain, however, made my experience in Belur an authentic one.

The guide had a flashlight with which he pointed out the main stone carvings on the walls. Although I was paying close attention to him, he asked that I not take photographs during the tour, because the camera was distracting.

So I toured the temple twice: the first time with the guide and my new travel companions, and the second time to photograph everything that the guide had previously explained to me.

It was still daytime and the Chennakeshava Temple was visible from the street. We had arrived! Thank you, AAO, for this.

The temple is filled with stone sculptures representing deities, animals and mythological figures of Hinduism, all different from one another.

For both Mr. Patel and I, touring the temple with a guide was necessary; all the aspects of the temple required a detailed explanation.

From the guide's explanation, I learned that the temple has a Hindu-style Hoysala dedicated to the god Vishnu, who is considered the protector God.

Here, I found the sensuality with which women were represented very interesting; they had accentuated curves, with wide hips and ample busts.

The night fell as I walked barefoot through the Chennakeshava Temple. I heard bells and some gongs the Hindu ceremony had started in the main temple chapel.

Mr. Patel wanted to participate and he was so focused that I knew he must have been Hindu. I concentrated on every detail, sound, color, gesture and behavior.

At the end of the ceremony, it was nighttime outside. It was nice to see the temple at night; the lighting created a different atmosphere from the one illuminated by the natural light of the sun.

I had to go to Chikmagalur; my hotel reservation was there. But Mr. Patel told me that they were also going to Chikmagalur, so we traveled together once again for 24 kilometers to the center of the city.

Meeting Mr. Patel on my journey was a great gift; I will always remember his kindness. 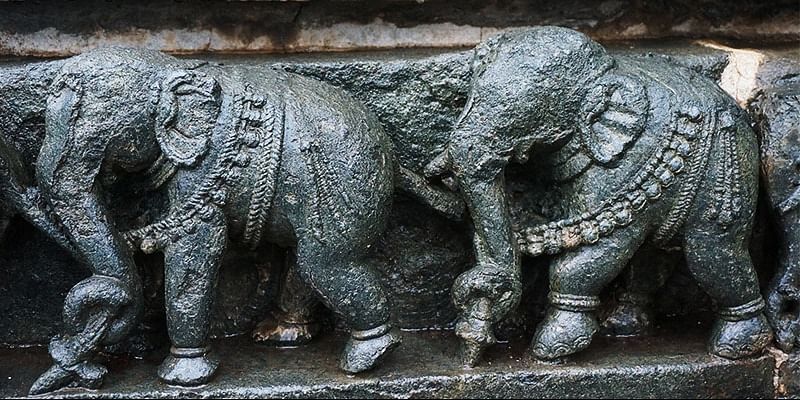 Photo #4: The temples in Belur have scenes of epic elephants carved in stone.

Halebidu and Belur are small towns near Hassan the connection point is usually the city of Hassan.

The services of a guide are very useful to understand the mysterious secrets that lie between the walls of Chennakeshava Temple.

Visiting the temple with plenty of time is ideal, as the tour is best done slowly so that one may take photographs and witness ceremonies that are held in honor of the deities of Hinduism.