What seems like an end is actually a new beginning 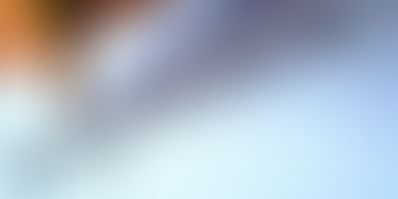 A story of a Pheonix rising from the ashes.

I am Shameem Mohammed, I was born and brought up in Ambernath; a city Near Mumbai. I have a condition that is called cerebral palsy quadriplegia. This condition is caused by a brain hemorrhage in the infancy of the fetus. My condition is the most severe because it affects all the four limbs of the body and may impair speech, eyesight and at time intelligence. But in my case, only my limbs and eyesight are affected.

I was able to attend a normal school called S.I.C.E.S High School in my town up to my 12th std and I did my Engineering in Computer Science from KBN college of Engineering, Gulbarga in Karnataka.

My school days were my most memorable as well as the most painful in many ways. I was not able to move around freely and many of the facilities was never accessible for me in the first place. A simple example if I can give is the toilets which I could not use because they were all built for normal people. I became so scared due to this problem that the authorities thought I was not able to cope up and I was willfully dropped for rehabilitation. They never saw any flaw in the infrastructure but in my ability. I had to do rehabs for 3 years at the Children's Orthopaedic Hospital Society in Mahalaxmi, Mumbai and many other less known places with physiotherapy and other activities.

My Principal at school was a great teacher who made sure I was able to pursue school till it was possible after I returned. One example from the list of many would be that the division in which I was in, was always kept on the ground floor, though I climbed till the fourth floor at times for the labs and other activities. I used to play a lot take part in almost every kind of extracurricular activities, write poems science talks etc.

After my 10th where I scored 65% marks I had to through a muscle release surgery behind my knee which left me bedridden for almost one and a half year. It was a very tough time for me because though because till then I was walking freely with the help of crutches, but now I had to learn walking from scratch using callipers and walker which was really painful because I had to keep my science education going as I could not drop it once again at the same time learn and master a new walking style in a span of 9 months if I had to give myself any chance to get educated to my hearts' content.

I was out the whole day attending classes, then college and other things. but it was tough as well as fun as was the case in school also.

After all of this started the fewer to get into an Engineering college and I could say it was pretty tough and time-consuming. Many of the colleges rejected me for having fewer than required marks, but what these institutions failed to understand is the kind of hardships I had to go through to clear my 12th, while some others straight away rejected me saying it cannot accommodate a handicapped student. After all these hurdles did I end up in my college, the KBN college of Engineering, Gulbarga in Karnataka. It was a place with extreme climatic conditions. physical activities, I had to go through every ups and downs , of an engineering student I had sports days, science fairs, debates.

After all of this was again a battle for getting a job, but through all of this, I was made a warrior. And in every step of my life, my parents and my grandfather became my two legs and my torch in life.

I only want to tell everyone something, "Every success story begins with a dream..."