5 Emerging technologies to focus in 2017

Everyone wants to be the next Bill Gates or Steve Jobs, but what makes these pioneers different from the rest is their approach to starting early in the competition. 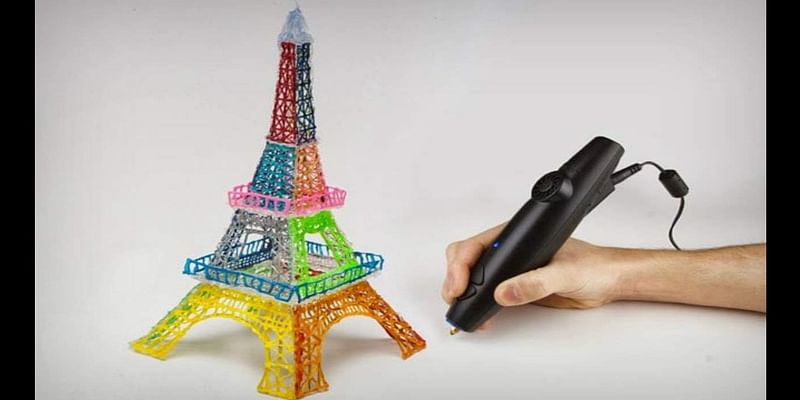 Everyone wants to be the next Bill Gates or Steve Jobs, but what makes these pioneers different from the rest is their approach to starting early in the competition. This method applies to every field. Everyone is making mobile apps, chatbots, and productivity tools, but if you want to become the next Elon Musk, you should start focusing on any one of these emerging technologies which will shape many billion dollars industries according to the World Economic Forum report.

Internet of Things (IoT) is not new. You can find smart home accessories very prevalent, but Internet of Nano-Things (IoNT) is an emerging field having vital technical and social importance. IoT will connect 30 billion devices by 2020.

When nanoscale devices interconnect with existing communication devices, it enables us to leverage the Internet of Nano Things (IoNT). Nanotechnology offers solutions for many fields including biological sciences, engineering, environment, consumer and military use. Internet of Nano Things improves the data storage and computing ability at the sensor level, thus improving the overall process capability.

The Key vendors for the IoNT market include Intel, Cisco Systems, IBM, Alcatel-Lucent, Qualcomm.Humavox is an exciting IOT startup which is creating technologies to power up the IOT devices, thus removing the need for wires. Greenbird, Worldsensing, IFTTT, EllieGrid, and Litbit are some top IOT startups making a difference. We see IoNT as the pioneer of emerging technologies which would open new dimensions in fields like Medicine, Biomedical, and consumer industry.

Where there are possible conditions, we use alternative energy producing methods like Solar and Wind power generation. The materials utilized for these systems are improved. Wind farms are getting larger; efficiency of solar cells undergoes an increase due to advancement in materials like perovskites. However, it is to note that alternative energy generation still makes 5% of the global energy production. Now, the focus is to store the excess energy produced by these sources to use when conditions like wind and sunlight are not favorable.

Next generation batteries can solve these problems of energy storage. The modern batteries do not use the electrolyte like old lead acid batteries but materials like sodium, Zinc, and Aluminum. These batteries can store enough power to connect to the electrical system of factories or even mini grid stations.

According to Lux Research, the next generation batteries market size will grow to $ 10 billion by 2030.The report says that dominance of Lithium-ion batteries will continue in next decade, but gradually the new cells will capture the market. The battery developers have got massive funding and using it to improve the development and technology.

AESC, Alevo, Ambri Primus Power are among those companies working on Next generation batteries. A startup from Stanford named Amprius is working to increase the amount of energy stored in Lithium batteries.

These batteries have the potential to be used as reliable energy storage and can be used to facilitate the remote and rural areas, to set up power generation systems.

Automobiles changed the way of living. How we live, go to work, have entertainment, cars industry affected it significantly. From animal carts to the modern cars, this industry has evolved. But these fast cars are not the focus today; new cars would be without a human driver. Autonomous vehicles which were a concept once has turned into a reality.

Companies like Google and Tesla are working on self-driving cars and performed successful tests. We expect that the autonomous cars would be safer than current cars as they would depend on sensors and technology and would not be affected by risky driving behavior often shown by human drivers. It would also enable the elderly and disabled people to travel independently without relying on the human driver.

According to the report of Boston Consulting Group, the market for autonomous cars is expected to reach $ 42 billion by 2025. These cars would be able to self-navigate thus reducing traffic congestion in busy urban areas. According to a survey done by the Boston Consulting group which included 1500 people, more than half of the participants said they are interested in buying the autonomous cars in next five years.

Nuro.ai is an independent car startup created by two former engineers at Google. Zoox Labs is a notable silicon valley startup which was created two years ago with a focus on self-driving cars.

The autonomous cars can bring a radical change in the automobile industry and have the potential to grow vastly.

3D printers and 3D printing pens are not uncommon now. But 2D materials are an entirely different type. These new materials have the ability to change the world; that is why scientist focus on such discoveries. For example, Graphene, a prominent 2D material is the thinnest material on Earth which is harder than diamond, stronger than steel, flexible than rubber and has versatile properties.

There is an extensive use of Graphene in 3D printing. In this way, it can be useful in a wide range of applications. For example, 3D sheets can be printed using Graphene to protect against electromagnetism. It can be used in electronics to make capacitive touch sensors which we use in input devices like game controllers and other devices.

It is interesting to see schools and universities using 3D printers allowing students to create 3D models, hence facilitating the learning process. According to a forecast, that Laser deposition metal would be the fastest growing technology in the 3D printing market.

BlockChain is a technology of new era for transactional applications that will increase the transparency, improve the speed and would modernize the business processes. The World Economic Forum report says Blockchain and blockchain based technologies will store 10% of the GDP by the year 2025.

The reduced cost of ownership and transparency are the primary reasons for the success of block chain. 2016 reports the market size for blockchain technology as $210.2 Million. Thomson Reuters analysts believe that blockchain and bitcoins firms have received $1billion investment by the year 2015. It implies how much potential the cryptocurrency and blockchain technology have and how investors perceive it. According to a new market research report, experts predict that the Blockchain Market would be worth $ 2.3 Billion by the year 2021.

The top 5 blockchain startups of 2016 are Provenance, Enigma, Consensys, Ethcore, and IPFS. Applications such as Bitcoins uses Blockchain technology. It can also be used to create a transparent publicly available ledger system which can record and track sales for a particular industry like digital music. The block chain is one of the emerging technologies where you should focus.