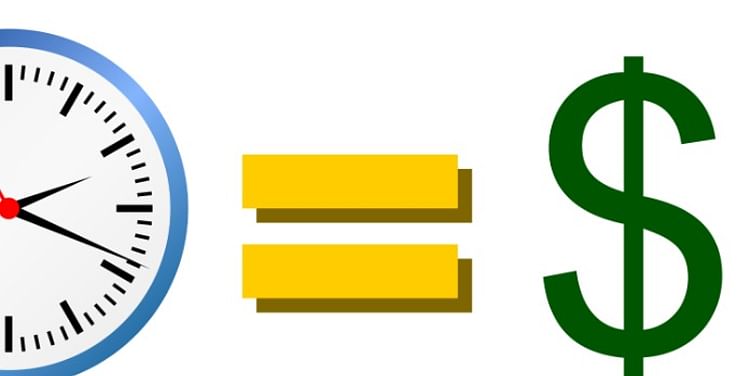 You have no doubt noticed, the French language is full of amazing expressions ... Do you know for example what it means "Time is money" and where does this expression come from?

"Time is money" means that in order to earn money, one must act and therefore use one's time (which is not infinite). We also use this expression to say that there is no time to lose.

Discover the meaning of other expressions:

What does "money do not make happiness"?

You have no doubt noticed, the French language is full of amazing expressions ... Do you know for example what "money does not make happiness" and where does this proverb come from?

The meanings of the expression

"Money does not make you happy" means that it is not wealth that makes you happy. Indeed, it is not because we have a lot of money that we have no worries: even a millionaire can be worried, or sad! Nevertheless, the phrase is often complemented by "but it contributes", which means that it helps, because it must be admitted that money makes life easier, more comfortable.

The origins of the proverb

The expression would have been used for the first time in 1782 in the book Liaisons dangerous, by the writer Choderlos de Laclos: "I admit that money does not make happiness, but it must also be admitted that it facilitates it very much. "

-What does it mean to pay in monkey money?

You have no doubt noticed, the French language is full of amazing expressions ... Do you know for example what it means to pay in monkey money and where does this expression come from?

In the 13th century, Saint Louis, the king of France, decided to charge the people taking the passage on the bridge between the Rue Saint-Jacques and the Ile de la Cité in Paris. Everyone had to give money ... with one exception: fairgrounds, people who organized entertainment in fairs and carnivals. Since they owned a monkey most of the time, they could pay by having them do a number. The grimaces and farces of the animals replaced the money! This is how the expression "pay in monkey money" was born.

Today, the expression has, of course, evolved: "paying in monkey money" means not paying for real, and even making fun of the person to whom one owes money, by making false promises.

-What does "putting butter in spinach" means?

You have no doubt noticed, the French language is full of amazing expressions ... Do you know for example what it means to "put butter in spinach" and where does this expression come from?

"Putting butter in spinach" means improving one's life, one's daily life, by making more money. If your parents give you more pocket money, you can do more with "putting butter in your spinach". In addition to buying a book, you will be able to buy some candy.

The origins of the expression

The expression "putting butter in spinach" can be explained in this way: butter, fat obtained from milk, has long been associated with wealth. During the war, for example, it was difficult to find them in the cities. The butter was thus seen as a little "plus", something that was added, if you could, in a dish. The butter then gave it more taste.