If you are on a holiday to Barcelona. Here we have the list of 5 must-visit places in Barcelona

Barcelona is well-known for its art and architecture.

Being the cosmopolitan capital of Spain – Barcelona has quite a handful of must-visit places during your visit.

The splendid artwork by modern artists Museu Picasso and Fundacio Joan Miro being displayed in the museum MUHBA, the city history museum is a prime example.

The architectural wonders of the city are certainly worth a praise, people from all over the globe travel just to visit these structures to understand the works of the famous architect Antoni Gaudi.

When we talk about the architecture of Barcelona, you cannot overlook Antoni Gaudi.

It is solely his efforts and talent that most of the structures that you admire today are his work.

To know a little more about this architect, Mr. Gaudi was born in Reus, a small town to the south of Barcelona in 1852.

With prime interest in architecture, Mr. Gaudi went to study architecture in Barcelona at a young age.

This interest speaks for itself now with proof of those marvelous structures standing in front of you.

Let’s discuss those places that attract regular tourists and are being influenced by Gaudi's architectural style.

These places are to be seen in Barcelona to understand its rich culture and tradition. 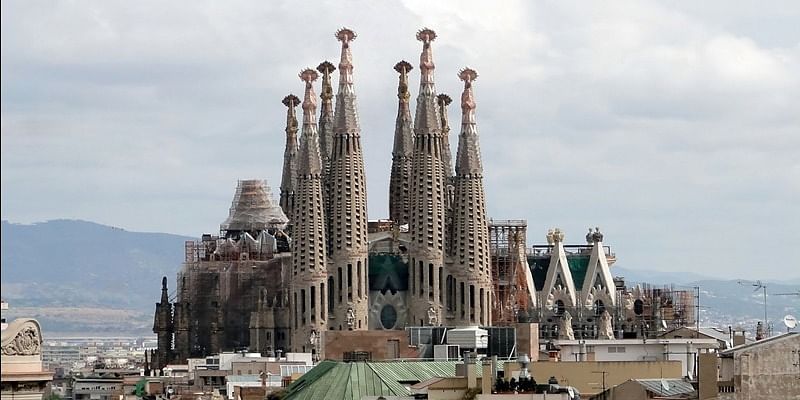 The full name of this Church is Basilica I Temple Expiatori de la Sagrada Familia, which was built under the plans of Catalan architect Antoni Gaudi.

This build is being marked as UNESCO World Heritage Site.

Although the majestic structure stands tall to surprise us, it is told be to unfinished.

The construction began in 1882 and Gaudi took over the architect position next year to combine his skills with Gothic and curvilinear art nouveau forms.

This Church has been under controversy for many years and the construction was stopped after Gaudi’s death.

However, recent developments in technology have brought back hope to finish the construction of the Church by 2026.

Many critics say that the design is impossible to be found elsewhere in the history of art and a unique way of interpretation of Gothic architecture since the middle ages.

This architecture, which is not yet complete is still worth your time.

A marvellous combination of art and biblical combination by the genius architect is still being preserved.

One of the very few streets in Barcelona filled with trees on both sides with a bustling market, this 1.4 KM road itself is a tourist attraction.

This road connects between Barri Gotic to the east and El Raval to the west.

Some of the famous attractions on this street would be Rambla de Canaletes – a fountain, Rambla dels Estudis – remainder of Chruch of Bethlehem, Rambla de Sant Josep – open air-flower market, Rambla dels Caputxins – site of a former Capuchin monastery and Rambla de Santa Monica – named after the convent of St. Monica is now an art center.

Placa de Catalunya is considered to be the centre of the city and it is towards the northern part of this street.

The Barri Gotic was the centre of the old city of Barcelona whereas El Raval has religious medical institutions as per the history.

Located atop the Carmen Hill, Park Guell is a public park that consists of gardens and architectural elements.

The harmony between the two is quite a serene environment to be in.

Catalan modernism architect, Antoni Guardi is the man behind the construction of the park which was assigned by Eusebi Guell in 1900.

This park is also a UNESCO World Heritage Site which was declared in 1984.

With organic shapes as the inspiration, the architectural elements were created by the famous architect, Mr. Guardi.

It doesn’t follow any pattern but it is solely based on creative forms and volumes.

The same designs were implemented by the architect in building, the Sagaria Familia that we discussed earlier.

Both political and religious idea was conveyed via these architectural elements in the park by Guardi.

The park envisioned by Guell and Guardi was inspired by the Temple of Appollo in Delphi with their unique designs of mythological elements reflecting many Greek gods.

History experts have made many discoveries about this mountain and its strategic importance is at the foot of the Mediterranean with an important river called Llobregat River, which was the birthplace of the city of Barcelona.

The hill has several layers of fortifications built during the medieval to protect from any foreign invasion.

Those layers still stand atop the hill.

The fortress is dated to be constructed in the 17th and 18th century with a few additional structures.

The fortress also served as a prison to hold political prisoners for a brief period of time.

The hilltop has a lot of history about the city and you certainly would want to know about it.

Another unique yet marvellous achievement by Guardi is the Casa Mila. Guardi’s architectural style still inspires the young minds in the city.

Casa Mila is popularly known as The Stone Quarry or La Pedrera with reference to its rough stone appearance.

This is the last known private residence constructed under the supervision of the artistic Antoni Guardi between 1906 to 1912.

The use of iron in building construction was unconventional during those times and yet the building was commissioned by Pere Mila to the genius.

It has a self-supporting sonte facede with a free floor plan, underground garage and spectacular view from the roof.

Even this site was declared as a World Heritage Site by UNESCO in 1984.

With owners being changed over the course of time, it is still being maintained by the concerned authorities and parties holding their interests in this architectural element.

Many of these architectural wonders were the vision of a single man, Antoni Guardi who made Barcelona the city of heritage.

We must appreciate his contribution to the society along with the private residences he built during his professional career.

These top 5 places to visit in Barcelona will certainly be worth your time. 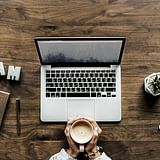