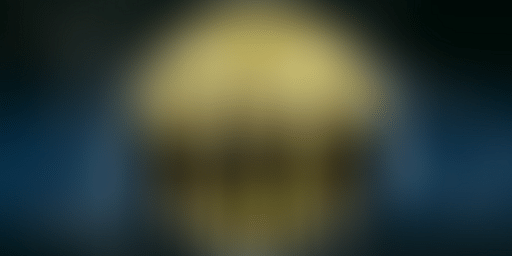 Cryptocurrency and blockchain is no longer the future, as it is already here impacting and disrupting industries and fixing the flaws within the legacy systems. Like any other sector, crypto has its leaders and prominent names, the ones who have been spearheading the crypto revolution and making the world aware of the technology.

These people are diverse in respect of education and prior industry experience, but the visionary inside unites them as the ones who hold the eagerness and passion to think out of the ordinary. They are the ones to seize an opportunity and make the best out of it with a futuristic approach. They innovate, develop, and implement towards success and that’s what makes them stand apart from the rest.

With the whole world accelerating its way to mainstream adoption of digital currencies, this felt like the best time to acknowledge the architects behind this revolution. Here are the top 10 influential names in the crypto-sphere.

Vitalik Buterin is a Russian-Canadian programmer who created the digital currency Ethereum, which in terms of market capitalization comes just after Bitcoin in value. He is also the co-founder of Bitcoin Magazine. Buterin created his first computer game using Excel macros when he was just 7 years old and by the time, he was 10 he had started developing games.

Buterin took his liking to blockchain and studied Bitcoin, which motivated him to launch his very own cryptocurrency platform. In 2014, he successfully funded and launched Ethereum through an online crowd sale, initiating the present hype of Initial Coin Offering (ICO). Ethereum blockchain network is designed to run decentralized applications (Dapps) and smart contracts. The tokens created on the Ethereum platform are known as ERC-20.

Ethereum is an open-source code, has enabled innumerable crypto developers to build and launch their respective projects an continue to do so. It gained immense popularity among crypto and blockchain developers as it Ethereum helped them to save both time and resources.

In 2018, Vitalik Buterin was awarded an honorary doctorate from the Faculty of Business and Economics, University of Basel.

As the founder and CEO of Binance, the largest cryptocurrency exchange in the world, Changpeng Zhao is one of the most prominent figures in the crypto and blockchain space. He was the CTO of OKCoin and a member of the Blockchain.info team. Zhao, popularly known as CZ has a huge following among the crypto enthusiasts who regularly follow is insightful articles and social media posts.

CZ began his career in the IT division of the Tokyo Stock Exchange, following which he joined Bloomberg to develop service for the traders, which helped him become a trading specialist. Owing to his experience in fundraising, CZ was able to make Binance the world’s largest crypto exchange in just 180 days. Post the launch of Binance, he became a billionaire in just six months and at present is one of the richest crypto entrepreneurs.

Brian Armstrong is the co-founder and CEO of Coinbase, one of the major crypto exchanges in the world and the largest in the USA. As a teenager, he studied CSS and Java, followed by a double major in computer science and economics. During his early career days, he worked for major companies as a programmer.

In 2012, Brian received his venture capital funding and went on to launch Coinbase in California. Gaining recognition as one of the first cryptocurrency exchanges, Coinbase is still one of the most popular platforms for fiat to crypto trade. The platform allows the users to buy Bitcoin, Ether, Bitcoin Cash, and Litecoin using their bank cards.

Jihan Wu is the co-founder of Bitmain, which is the largest computer chip company in the world for Bitcoin mining. Wu is one of the early adopters of Bitcoin, who raised funding from friends and family to buy 900 BTC in 2011. To this day, he is an ardent supporter of Bitcoin Cash, 2017 created a hard fork of BTC. Reportedly, Wu is the first to translate the Bitcoin Whitepaper into Mandarin.

His early experience is that of a financial analyst working for a private equity firm and gradually made his way into the world of digital assets becoming one of the most influential crypto billionaires.

Raj Chowdhury, a blockchain pioneer is the CEO of HashCash Consultants and Managing Director of PayBito, one of the leading crypto exchanges in the USA. He is known for initiating the first interbank Trade Finance and Remittance implementation of blockchain between ICICI Bank (India) and Emirates NBD (UAE).

Alumni of Tufts University, Raj was a research associate at MIT’s Microsystems Technology Lab. He co-founded Locus International that was involved in the generation of mapping data for GPS. Raj was also the co-founder of Power Enhancing Devices, which designed the Piezoelectric NEMS application.

Raj Chowdhury is an imminent voice in the crypto and blockchain industry with his global participation and active engagement with the International Standards Organization and other international regulatory bodies to create standards for collaboration and interoperability.

The former Director of PayPal David A. Marcus is at the helm of Facebook’s ambitious crypto project Calibra, popularly known as Libra. In 2014, David became the head of the Facebook Messenger unit. While partaking his role and responsibility on Facebook, he studied cryptocurrencies and blockchain technology and his keen interest in the field led to him joining the Board of Directors of the Coinbase crypto exchange. His knowledge and expertise made him the right fit to head the Calibra project.

As explained in the Libra whitepaper, it is a blockchain-powered global digital currency, the value of which is pegged to fiat currencies. Initially scheduled for a 2020 release, the project is still riddled with issues related to regulatory compliance.

Joseph Lubin is the co-founder of Ethereum and founder of Brooklyn based software-production studio ConsenSys. He started his career as a music management executive and a Wall Street technologist. His interest and contribution to the crypto-space have made Joseph one of the prominent names in the industry. He was the COO of Ethereum, following which he went on to establish a start-up incubator organization, which is focused on building infrastructure and applications for multiple projects all concerning the Ethereum blockchain.

Brad Garlinghouse is the CEO and member of the Board of Directors at Ripple. He is the former CEO of file sharing service Hightail. He was also the President of Consumer Applications at AOL, preceded by executive positions at Yahoo, including the position of Senior VP. Brad has a Bachelor’s Degree in Economics from the University of Kansas and holds an MBA degree from the Harvard Business School. Owing to his position in Ripple and other blockchain contributions, Brad has become a prominent figure in the crypto world.

A computer scientist from Japan, Charlie Lee is the creator of Litecoin, the third cryptocurrency to get launched. He started taking interest in crypto and blockchain after coming across an article on Bitcoin, following which he bought his first BTC in 2011. In the same year, he launched the open-source crypto Litecoin, one of the earliest altcoins in the history of digital currencies. For a brief period, he worked at the Coinbase exchange but left to put all his focus into the development of Litecoin. Just like Ethereum, Litecoin allows developers to launch blockchain applications on its network.

Pavel Durov is an emerging name in the world of cryptocurrency however he is better known as the founder and CEO of messaging app Telegram. His rise to fame was through his launch of the social networking site VK. However, he exited the company and along with his brother launched the messaging app Telegram which has a 200+ million user base. His advent into the crypto industry has been controversial as the company is still fighting to the launch of Telegram Open Network blockchain which reportedly raised around $1.7 billion in private token sales in 2018.

Every revolution starts with visionaries. The names mentioned above are the ones who understood and acknowledged the power and potential of crypto and blockchain in its nascent stage. Unitedly they became the force driving the technology towards the ongoing mass-adoption.