Why Should I Choose WhatsApp as my Business Model?

Out of all the messaging apps, WhatsApp has amassed huge popularity and revenue. None of the apps can compete with its user volume and growing popularity.  It allows millions of users to share text messages, video calls, images, voice calls etc. and the only criterion users need to possess, to avail all its services, is a stable internet connection.

Founded by two yahoo employees as a substitute for costly SMS services, WhatsApp is available on all platforms such as Android, iPhones, Blackberries, and desktops too.

Since its inception in 2009, it has grown exponentially with an average of 10.95 trillion messages sent per year. Simultaneously, there was a sharp decline in normal text messages all over the world. China experienced a 6.3% decline, UK recorded a 4.6 %, and US estimated a 5% decline and like this every country reported a downtrend in SMS volume.

Some of the reasons for the success of WhatsApp are,

According to the reports, Facebook acquired WhatsApp in the year 2014 for 19 billion dollars. It is one of Silicon Valley’s greatest acquisitions. WhatsApp remains worthy of such a huge price because of the following factors,

As of February 2018, WhatsApp had 1.5 million active users & 60 billion messages are sent per day. It surpassed two of the most popular instant messaging apps, Messenger and Instagram. Hence it is relevant that Facebook has to break the bank for such an acquisition.

The Future of WhatsApp

Though the CEO says that WhatsApp will remain ad-free, chances are there for including ads on the platform. Though it’s a popular messaging application, WhatsApp lacks features such as,

A Short Note on Other Messaging Platforms

Korean instant messaging app "KakaoTalk" and Chinese "WeChat" has started integrating advertising and online games into their platforms. KaKaoTalk started selling emoticons and stickers. WeChat’s popular payment gateway allows users to transfer money to other users in the platform, avail services, and so on. The entire WeChat user base has transacted a total of $556 billion through its platform in 2016.

Is the IM platform profitable?

According to a recent estimate, there is an increase in the number of users using instant messaging applications. By the end of 2019, the app users may multiply into 149.8 million and 171.3 million by 2022. Hence it is evident the increase in user base gives rise to the demand for more IM apps.

Entrepreneurs who wish to start a business can choose this sector as it is lucrative. Since there are many popular applications, entering the industry with a unique idea and application is essential to achieve success in the business.

How to create an IM app?

Following the business model of an existing business application is one of the smart ideas to establish a place for yourself in the competitive market. Making a clone app of WhatsApp and enhancing it with your ideas will help you to save money and will also help you to attract more audience to your business.

WhatsApp clones are readily available in the market and the features you have to look for are,

If you’re an entrepreneur, wish to be the next WhatsApp, this is the right time for you to make your move! 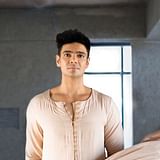