Android vs. iOS App Development: Which Platform Should Get Your App First? 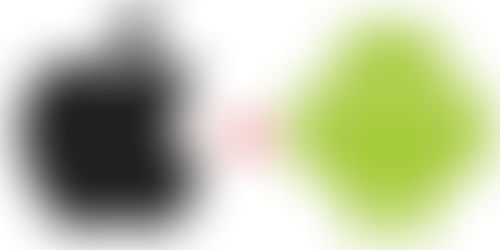 When you are looking to hire a developer to make an app, you need to decide which platform gets your app first. Every company is different, and every business has a different target market. Because of this, there is not just one right answer to this question. Consider all the tips below as you look for the best app developer and situation for your business.

How Do These Platforms Differ?

The majority of phones in the world run Android programming. You might have forgotten about this because you see so many people using iPhones, but the simple fact is that most of the world uses Android. Android is managed by your Google account, and it links with many Google services. Apple, on the other hand, uses all its

wn proprietary technology to maintain its systems. Apple phones and tablets tend to be more expensive, and as a result, there are not nearly as many iPhone users as you think.

Consider Where Your Customers Are

Apple has long been considered to be the more secure of the two styles simply because Apple has control over how their phones are made. They are not licensing anyone else to use their technology, and that means that no one is tinkering with their devices or programming. On the other hand, Android devices work on an open source code that allows every developer, phone company, and provider to do something different to the phone. You might never know if your Android phone is totally secure, and that is why some people prefer iOS.

Comparing Android vs iOS security is something that a lot of companies do when they want to remain safe. A company that has a lot of iOS users will be perfectly happy to use iOS because they know it is safer. However, a company that has lots of Android customers will go the extra mile to add the security features that are needed so that there is no problem in the future.

At the same time, you can download apps and change settings on an Android phone to make it more secure. This adds new layers to the proceedings because you might want to tell your customers that they should add a different level of security to their phones. You might, quite literally, want to add settings changes to the app when your customers download it for the first time. This is completely up to you, but you need to decide if you think Android security levels are high enough for your liking.

How many other Apps are available?

When you are comparing an Android app vs. iOS app, you need to remember that the Google Play Store has many more apps than the Apple App Store. Also, the search feature on the Google Play Store is much better. You can find apps in a second, and using keywords, tags, and other language to help your customers find you truly works in the Google Play Store. On the other hand, you must have a good marketing plan for an iOS app because these apps can be hard to find.

You should work with Apple to see if you can get your app featured in their Editor’s Picks. This is a good way to make sure that people can find you, and you can be featured for a long time if you continue to submit your app for a feature.

When you are trying to stand out among the crowd, you might want to use an iOS app because that allows you to be one app in a sea of just a few. On the other hand, the Google Play Store is so big you might get lost. These two competitors have made this choice very difficult. Apple has a terrible search feature and not very many apps. Google Play has a great search feature and tons of apps you need to sift through.

Do You Need Both?

You do not want to alienate one set of users over another unless you know for a fact that most of your users are using Android or iOS. When you reach out to an Android app development company, you can ask them to build the Android version of the app on a flexible platform that allows them to also build an iOS app at the same time. This is a good way for you to include everyone, and it is a cost-effective way for you to get the results that you need.

If you want to narrow down your choices to just one, you may want to ask your iOS mobile app development company how they can help you make your app stand out. You may need to add a few more bells and whistles to the app to make it unique, but that will make it stand out when people finally start downloading it.

How Do You Get Started?

You should consult with an app development company to figure out what your options are. You can let your developer tell you which apps they would use in your situation, and they can explain how the two platforms differ. You should remember that your customer base plays a big part in this process, but you should listen to your developer at the same time.

You need to think like your customer thinks. For example, women like dating men who also have iPhones. Why? Because women like to know that a man can turn on their read receipts and use Facetime. This is a sign of openness to the modern woman. If you are trying to build a dating app, you might want to stick to iOS. However, you might work with low income families or sell products in a community where track phones or pay-as-you-go phones are common. Most of those phones will be Android, and you need an Android app.

You can see the difference as you review your tracking information from customers that use your website or click on your ads.

How Do You Choose?

Reach out to an Android or iOS app development company that can show you how to make the right choices for your company. In most cases, your company will perform well if you have both apps on both Android & Apple Devices. You may, however, only have so much money to work with. In that case, you need to decide which platform is best for you. Some platforms are going to give you more potential customers, but other platforms will give you better security or a higher profile. Weigh the options before ordering your app.