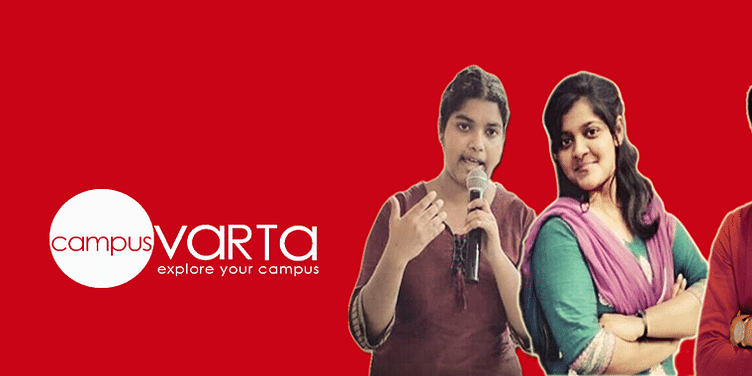 DeHaat who raised funds of $4 million led by Omnivore, and AgFunder; Campus Varta who were single startups from Bihar nominated for Forbes Asia 30 Under 30 as Semifinalist by Forbes Asia; Matr Foundation which attracted the entire world in Gaya due to their innovative way to treat flowers.

There was once a time when the Bihar state was known as one with high poverty, illiteracy and a host of other ills. It was known for being a part of BIMARU states.

Has something changed? The state still gets featured in the news for all the wrong reasons: the horrific incidents in child shelters, the deaths of school children after consuming food served in a mid-day meal and regular floods in the year 2018. But, this year 2019, Bihar has been in the news for all the right reasons due to Startups in Bihar which leaves their marks across the Country. Especially, When these Startups impacting and transforming Rural India through their Social and Technology Innovation.

DeHaat who raised funds of $4 million led by Omnivore, and AgFunder; Campus Varta which were single startups from Bihar nominated for Forbes Asia 30 Under 30 as Semifinalist by Forbes Asia; Matr Foundation which attracted the entire world in Gaya due to their innovative way to treat flowers in Bodhi Temple and many more startups.

With Bihar Startup Policy being launched in 2016, the state not only took a giant leap forward but also joined the list of Indian states to have launched a startup policy and fund for entrepreneurs. The Bihar government has also announced a Rs 500 crore fund for startups.

Bihar economy Covers 22 per cent in Agriculture, 73 per cent in services and rest 5 per cent in Industry. Bihar is the fastest growing state in terms of gross state domestic product (GSDP), clocking a growth rate of 17.06% in FY 2014–15.The economy of Bihar was projected to grow at a compound annual growth rate (CAGR) of 13.4% during 2012–2017, i.e. the 12th Five-Year Plan. Bihar has witnessed strong growth in per capita net state domestic product (NSDP).

Aligned with the Prime Minister's ‘Make in India’ campaign, it is encouraging entrepreneurs to ‘Make in Bihar’ and push the mantle for an ‘Enterprising Bihar’. Bihar Entrepreneur Association (BEA) and Bihar Industry Association(BIA) play a very Important role in developing entrepreneurial atmosphere in Bihar.

Excellence comes from doing what you do best -- but you need to make sure you're doing it at the right times.

Based in Patna, helps small farmers connect with a network of micro-entrepreneurs – suppliers of various farm input and equipment – who procure various inputs such as seeds, fertilisers, and even equipment, as well as offer crop advisory and market linkages.

The online platform has over 520 different agricultural inputs listed, and has partnered with the likes of UPL Ltd, IDBI Bank, IFFCO, DuPont, Pepsico, Bayer Ag, and Yara International. There are also more than 100 institutional buyers associated with DeHaat to facilitate procurement of agricultural produce directly from farmers.

At present, it focusses on three major services – agricultural input, crop advisory, and market linkage for farm produce. Farmers can place orders through the DeHaat helpline, the mobile app, or a physical centre. Orders are then sent forward to its micro-entrepreneurs, and are fulfilled on the same day. Each DeHaat micro-entrepreneur caters to 600-800 farmers in a radius of 3-5 km.

The startup also takes in queries from farmers and sends them to experts who address them in real-time. It also houses an exhaustive crop-pest database, which has been developed in-house for current crops.

Today, DeHaat has over 150 micro-entrepreneurs who serve more than 55,000 farmers in Bihar, Uttar Pradesh, and Odisha. In March 2019, it raised pre-Series A funding of $4 million led by Omnivore, and AgFunder.

Based in Patna, helps rural schools,colleges and universities students to get campus news updates and global opportunities on their mobile across the country especially about their nearby interior campuses too.

Campus Varta is working on 4 parameters, first is to cover day to day campus news, second is to cover Youth Mauka, third is to develop Entrepreneurship Cell & Incubation Centres and fourth is Digitization of Rural Institutions. said Shubhechya Sarkar

Campus Varta is the first startups from Bihar which is nominated for Forbes 30 Under 30 Asia Class of 2019 as a Semi - Finalist in top 500 by Forbes Asia.

India has reportedly recorded 560 Mn internet connections at the end of September 2018, marking a 65% growth from 340 Mn connections in March 2016. Quoting Telecom Regulatory Authority of India (TRAI) data, media reports have stated that 64% of the internet connections are from urban areas while 36% or around 194 Mn are from rural regions.The report also added that five states including Karnataka, Tamil Nadu, Andhra Pradesh (including Telangana), Gujarat and Maharashtra, account for about 36% of the total internet connections in India.Owing to this increasing internet penetration, technology conglomerate Cisco has predicted that smartphone users in India will double to reach 829 Mn by 2022.

Matr Foundation was founded by Praveen Chauhan,who is a Gaya-based social entrepreneur and designer. He in cooperation with all his artisans has founded a social enterprise named MATR (मातृ). As the name itself suggests the maternal aspect of care and hard work, MATR aims to promote the skills of local Artisan communities to produce high quality Khadi fabrics and garments for national and international designers and retail brands that utilize the traditional skills.

Recently Praveen Chauhan shifted to Bihar to revive Khadi in all those parts of state where weavers encountered problems like unawareness about market trends, lack of innovative designs, outdated looms, insufficient quantity and poor quality of yarn. These aspects thwarted the exportation of Khadi . In order to uplift the Khadi sector, these issues are being resolved with government support.

The main purpose of this project is to utilize flowers being offered at Mahabodhi temple during prayers and decorations that were left unused and discarded after use. With the support of Bodhgaya Temple Management Committee, The Happy Hands Project will be providing employment opportunities to around 50 under privileged women by using those flowers to create natural dyes.  said Praveen Chauhan

The Happy Hands Project is an initiative started in collaboration between MATR and Because of Nature, Australia to bring sustainable employment to the people through Natural dyes on Khadi made in Bihar.Recently, a Memorandum of Understanding (MoU) is signed between the Bodhgaya Temple Management Committee and The Happy Hands Project in regard to the collection and use of used Temple flowers for Natural Dye.

Medishala is an online platform which provides the best medical assistance which offer efficient, convenient,and affordable way to book an appointment & consult doctors online and are committed to provide safe, reliable, convenient and affordable medical assistance as well as customer service philosophy that is mouth of their valued customer loyalty with a superior online interface and transactional security.

Well here is the deal breaker. Other Medical facilities do venture and cover most part of the cities but fail to provide the rural sections with the same facilities and promises. And sadly, statistics state that a large portion of patients belong to the rural areas, travelling from remote areas to cities and then facing the long line of queues at the hospitals and clinics. Moreover it is very difficult for the people of rural areas to search for good doctors or to avail any healthcare facilities in case of emergencies at their own place. said Amanullah, Co-founder, Medishala

For those who hesitate to avail online facilities or are unaware of good doctors in rural parts of India, they can do the same through “MEDISHALA BOOKING CENTRES” which were opened at Block Level medical store in each district.That's the way they are doing social innovation in implementing the things in Rural India to Impact the People.

Medishala was the winner of Best Sociothon Idea Competition in Bihar Ideathon organized by JDU Industry Cell and Startup City in 2017.