Ankit Maheshwari of Yes Property on How His Bengaluru Based Proptech Startup Is Thriving Without Raising External Funding in a Competitive Market. 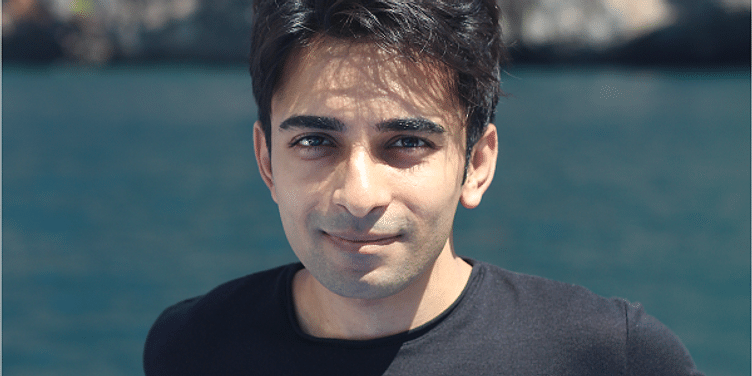 This young entrepreneur bootstrapped and used cashflow to build his startup when he was just 24.

As startups are flocking around this vast stock of potential, the real estate market and the competition between Proptech companies are getting tighter and more robust. Few startups that one might have seen making up buzz this year have raised funds close to USD 100 million. It may then seem as though

The key to growth is to scale and raise more funds. Some of these startups which raised funds in the recent past are now struggling to keep up growth momentum. Most startups fail to survive the first two years. Of the few that survive and remain in business while showing an increase in revenue figures, they are still struggling to generate good profits.

“The seemingly less funded startups seem to be doing well. Yes Property, a Bengaluru based Proptech startup, which was in the news a while back for being awarded as one of the "Hot50Brands" at the 4th Edition of Bengaluru Brand Summit and Hot Brands 2019 with Adobe, co-hosted by Paul Writer, in partnership with Meltwater, Hindu Business Line, Tata Tele Services, Sitecore, Social Frontier and Iris, and having purchased the "yesproperty.com" domain name from a US-based seller, has been growing without any external funding. A wholly bootstrapped company, Yes Property Ventures Pvt. Ltd., is focusing on organising the estimated USD 20 billion real estate consultancy market in India and enabling their users to understand the market better before buying. The Proptech startup highlights that implementation of RERA has let to consolidation in the real estate market but even now, the market is not very organised.”

Be it sales or rentals; the market is full of builders and brokers that customers often struggle to keep track. Yes Property focuses on bridging the gap between market players and the customers in this large potential market while organising and streamlining the process of purchase or sale of a property. The company provides all the information that a potential buyer might need, in a way that can be understood by anybody who wishes to purchase.

Responding to a more knowledgeable and well-informed consumer base, Indian real estate developers are now starting to shift from family-owned businesses to professionally managed ones. This change in the market has caused developers to understand the need for such Proptech companies. Yes Property is right now at the cusp of significant reform in the real estate market with technology and customer-centricity coming up as top priorities. An already profitable bootstrap venture with steady cash flow, the company has nowhere to go, but forwards and ahead of the game.

The company's approach towards advising and facilitating the property buyers is unexcelled, focusing mainly on premier builders in the market. Yes Property is looking at plans of expansion into tier 1 and tier 2 cities in the coming year alongside opening the first international branch oﬃce in Dubai. Meanwhile, the team of 40 back home in Bengaluru, is going to soon increase to 200 employees, which will make Yes Property employ the highest employee strength in the city amongst various brokerages and competitors.

Plans of expansion, however, are not limited to employee numbers alone. The company is going to bring in external funding from investors for the first time since its inception to accommodate the increase in the size of operations.

"We bootstrapped the company till now to avoid risky experimenting with investors' funds and burning through cash quickly, the way most competitors did in the space. With a strong belief in optimum utilisation of financial resources, we have built the foundation with plans of scaling the operations using cash from the fundings from the year 2020. We will also be creating additional revenue streams to achieve hockey stick growth," says Ankit Maheshwari, Founder of Yes Property.

What triggered us to launch this venture was the goal to bridge the gap between the buyers and the information delivered to them. Our goal is to be a leading catalyst that can nurture this relationship and bring maximum transparency.