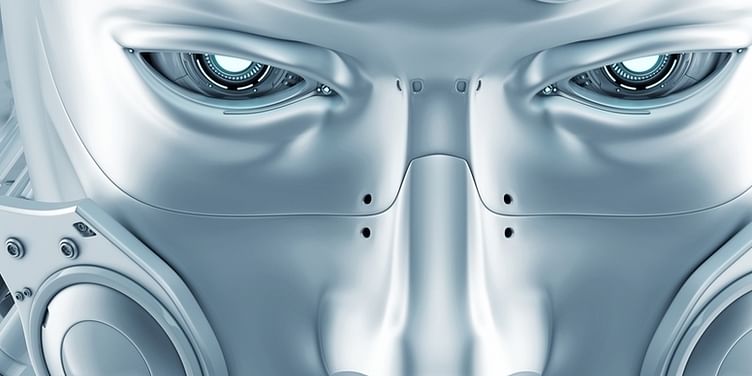 When considering the future of content marketing, one aspect is of particular importance that nobody should neglect if they want to be successful in the long term: artificial intelligence (AI) and bots will become game changers in a few years.

Many of the previous content strategies are turned upside down by the new possibilities and thus become a great challenge for companies. Some experts even speak of the death of (previous) content marketing through the AI ​​algorithms . That is certainly an exaggeration, albeit with a spark of truth.

Content marketing itself is one of the most cost-effective marketing strategies that is becoming more and more prevalent worldwide. Even if it is not always easy to be visible on the Internet with your own content, one thing remains certain: Customers have a great need for information and want to be entertained. Despite content shock, the best and most original content will always prevail somehow.

If the demands on content change, brands and media have to react to them by responding to them, presenting their content more visually and, if necessary, changing the channel on which they are played. As long as content marketing responds to stakeholder interests in good time, it is usually successful. This is where the topic of AI comes into play. This allows content to be varied and played out even faster.

Since the beginning of the year, the AI ​​topic has become increasingly popular in companies. It is jointly responsible for the search results on Google or Bing. In addition, some of our digital assistants are based on smartphones and some messenger bots are based on (simple) AI.

Google expanded its algorithm with artificial intelligence at the end of 2015: Google RankBrain . Behind this is a system that gradually learns more about the semantics of user inquiries, and with this knowledge gets better and better. The goal: RankBrain should always better meet the needs of users. Google has thus taken the first step towards self-learning algorithms. In the future, many upgrades will be possible without human intervention, since the systems will learn on their own.

AI will play a major role in content marketing when it comes to combining and promoting content. What still sounds like a dream of the future will be quite normal in a few years. The capabilities of artificial intelligence should even go so far that it can automatically publish and distribute content on different platforms.

Artificial intelligence already offers helpful features for companies that want to operate internationally.  Admins from pages should, for example, create a post on Facebook, which should then be translated into other languages.

With the help of algorithms, Facebook succeeds in translating a post into the respective mother tongue of the user. This is based on the specified location, the preferred language and the language in which the user normally posts. Cumbersome multiple postings of contributions can be omitted.

Robot journalism is getting creative

Algorithms are able to automatically search the web for information, combine it and create a readable piece of content from it. In addition, data-based reports in the areas of sports, weather or finance are often already created automatically.

A few minutes after Apple recently announced its latest quarterly results, there was a report by the Associated Press: " Apple tops Street 1Q forecasts ." The financial report is only about the pure financial figures, without any human accessories. Nevertheless, AP was able to publish its contribution completely via an AI in accordance with the AP guidelines.

To this end, AP launched its corresponding Wordsmith platform in early 2016, which automatically creates more than 3000 such financial reports every quarter, which are published quickly and accurately. It is no longer so easy to distinguish whether an algorithm or a person has written a text.

Another current exception is the IBM invention called "Watson": After winning the quiz show "Jeopardy!", Watson showed what AI can already do in the field of robot journalism. As editor-in-chief, Watson designed an entire issue of the British marketing magazine "The Drum". A thousand copies of the edition were printed, in which he selected pictures, adapted texts and designed the pages. A creative artificial intelligence that - as the test should show - works extremely well.

It was fed with data of the winners of the Golden Lion from the Cannes Lions International Festival of Creativity. So it was not just about creating the magazine, but at the same time creating an artificial intelligence that meets the taste of the lifestyle audience. In this way, Watson was supposed to do what many brands have so far failed to do: put the stakeholders at the center and align the content marketing activities with their interests and needs.

It would be conceivable, among other things, that an AI adapts texts that have already been created to the language habits of different target groups, so that a medical text, for example, is understandable for both doctors and laypersons by explaining medical terms.

It is only a matter of time before algorithms are able to write articles on any topic and for any target group. AI will probably even be able to produce excellent content at an enormous speed in the future. This makes it easier to individualize and personalize texts, so that all essential information about a reader flows in and affects the written and adapted text.

AI gets to know the readers very well and can use all information about the recipient so that each piece of content is individual. Just imagine what content arises when an AI can easily read your complete (public) Facebook profile and use this information for suitable content.

In principle, it is sufficient to use retargeting not for advertising, but for the targeted addressing of content. This task, which is necessary for the targeted delivery of content, is increasingly being taken over by algorithms in content marketing. In addition, content is played in a suitable context (content recommendations).

Instead of an article for everyone, an AI will enable personalized content that is closely based on the respective interests of the reader. This creates unique content in the logic of mass customization because the AI ​​knows its readers and responds to them individually. Everyone receives their own personal content.

Is the profession of a journalist disappearing?

The fear is always that the profession of a journalist disappears completely. However, AI can also be very helpful in journalism. This is particularly likely to apply to investigative journalism. Algorithms can help to link similar information and extract individual features from general data. It is about recognizing patterns and being able to make hypotheses.

At this point, big data and artificial intelligence interact, for example when extensive data has to be examined and correlations have to be found. Journalists could then leave the analytical part, which takes up a lot of time, to the AI ​​and concentrate entirely on the creation of their articles.

So it's about implementing AI profitably in the right places, not just replacing journalists. In addition, AI systems still have to learn ethical standards. Microsoft Bot Tay, for example, has shown that to simulate a typical American adolescent and to communicate directly with users via Twitter: it had to be taken offline after a very short time, since many users taught him racist content. So it turns out that bots also need a kind of guideline. As a journalist follows editorial guidelines, bots must adhere to certain standards.

AI is an exciting development for content marketers and will change the job profile enormously in the future. Ultimately, they get a tool that can be used to automate content creation and distribution to a high level in many areas. There are already numerous articles on the Internet that have been produced and published by algorithms.

We will get to know many examples in the coming years that make it clear how much more individual (mass customized) stands out from general content. Those who feel personally addressed usually react positively to it. There will be no way around a corresponding personalization of content marketing. This will have an impact on the role and demand for content creators (journalists, copywriters, etc.), but will advance content marketing as a whole.

First of all, we will get to know the AI ​​in everyday life via bots, which can respond to individual requests via messenger and can provide the customer with individualized content directly by pulling the required information from the database in a matter of seconds. In this way, every customer receives information tailored to their questions and needs.

Bots can also make the information relevant to each individual customer available on platforms, so that in conjunction with the corresponding algorithm, an individual, rather than a general, newspage is created that is tailored to each individual user in their current situation.