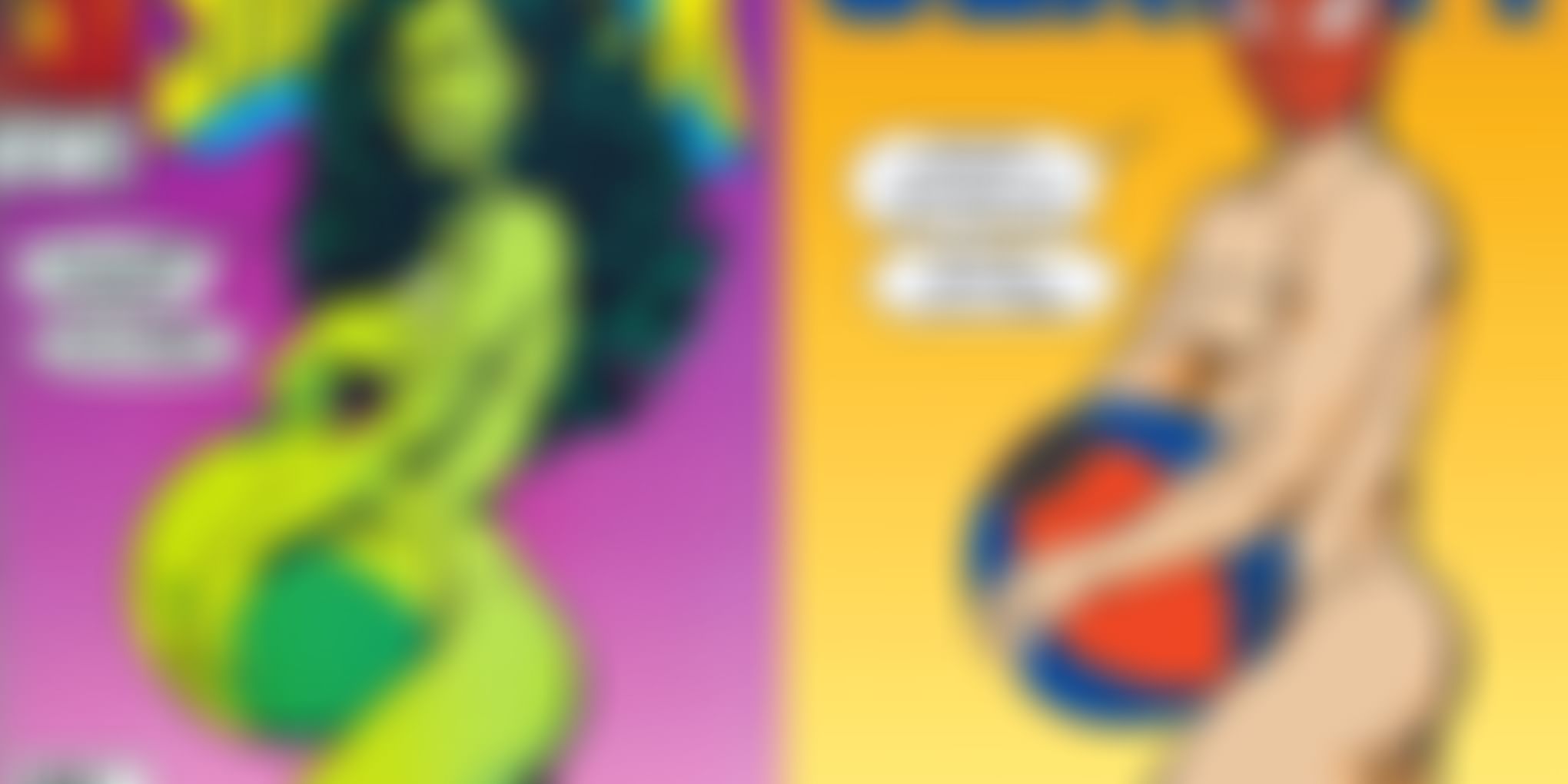 Ever wondered how a Spider-man would look like in thongs? Or a Super Man in teeny-weeny shorts? Then you will like Shreya’s revamped comic book covers. Shreya Arora, a 21-year-old graphic design student from India decided to flip the narrative to highlight the blatant sexism of the comic book covers.

She claims that the depiction of superheroines is oversexualized and objectifies them. Some critics of her stance pointed out to her, that comic books aren’t really fair towards man as well, as they set unrealistic standards for male bodies.

However, visual representation of male heroes focuses on their strength and power: huge muscles and rock-hard sculptured abs exist to make them look like… well, superheroes. Whereas female protagonists often appear in seductive poses, with their curves sharply accentuated – not heroic at all but plain sexy.

Case in point: She-Hulk has superhuman strength and speed, she is as formidable and as green as her male counterpart. Why would the authors of the 1991 comic book edition decided that sexually suggestive pose and a G-string bikini would represent the best of her?

Shreya was shocked by the said cover when she was studying in France and decided to reread the comic books she grew up reading. “Maybe seeing comics with text in a language I wasn't familiar with, made me focus more on the visuals," she told Scroll. The artist also acknowledges that she was aiming for a shock value in her works in order to start the conversation.

Scantily dressed heroes – Spider-Man with his buttocks on display despite the coy pose and Superman prancing across the sky without tights – showcase the absurdness of it all.

The stories featuring comic books superheroines might not be misogynistic – you could easily place Super Man in the narrative instead of Wonder Woman and all would be just fine. Yet covers tell different story. Substitute Wonder Woman from the cover with Super Man and the result will be rather giddy.

According to Shreya, if comic book artist wanted to make superheroines look strong, all they had to do is to look for a real-life inspiration. Female athletes possess toned muscles and strong bodies, yet they are not acclaimed for that. Instead, such athletes like Serena Williams, for example, are deemed “too masculine”.

Why? I guess you know the answer. Although corporations like Marvel and DC claim to take active part in women empowerment, their readers are still predominately white males, and it shows in the way comic giants cater to their audience. “[Those] covers are sexist in every way possible,” said Arora. “Nothing about that depiction would ever be done to a male, be it the body language or the clothing or the frivolous dialogue.” Indeed, while male characters represent who the reader would like to be, female ones represent whom the reader would like to be with – they are objectified, stripped of agency.

Still, changes are happening. I am gathering information to write my thesis about comic books and geek culture and according to recent NPD study 37% of comic book buyers are women. Maybe it is time for publishers to go with the times at last.

Arora have been using her art to challenge patriarchal stereotypes in news, literature and pop art for some time now. Mock magazine covers and fake commercials with taglines such as “Give her the gift of Domestic Silence” address important social issues. She sees the goal of her projects in educating people by the means of simple and vivid visuals. “While there are a lot of young, passionate artists currently working on social issues and starting important conversations, even these conversations have a privilege bar - people with access to the internet, fluent in English, and to an extent, visually literate," says Arora.

Below you can feast your eyes on mock comic book covers that Shreya created as a part of her design school project. Caution: you will never be able to perceive the originals the way you did before. 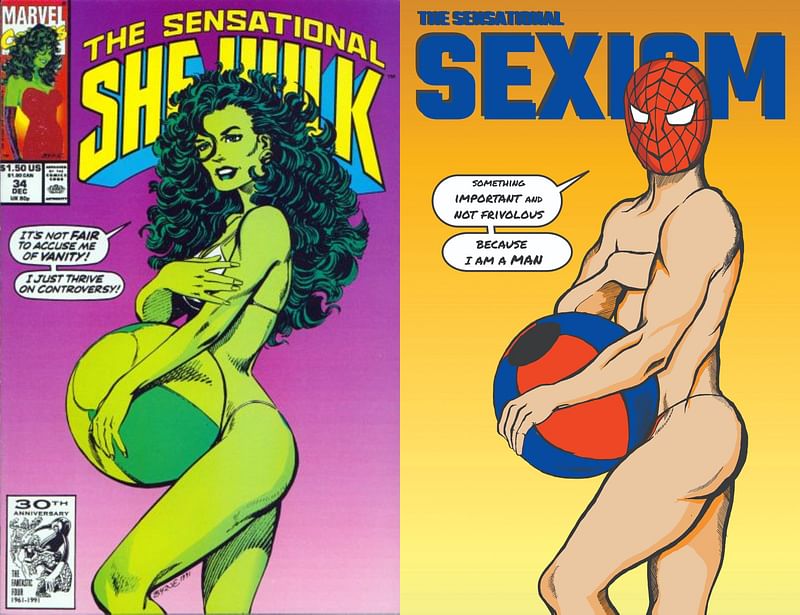 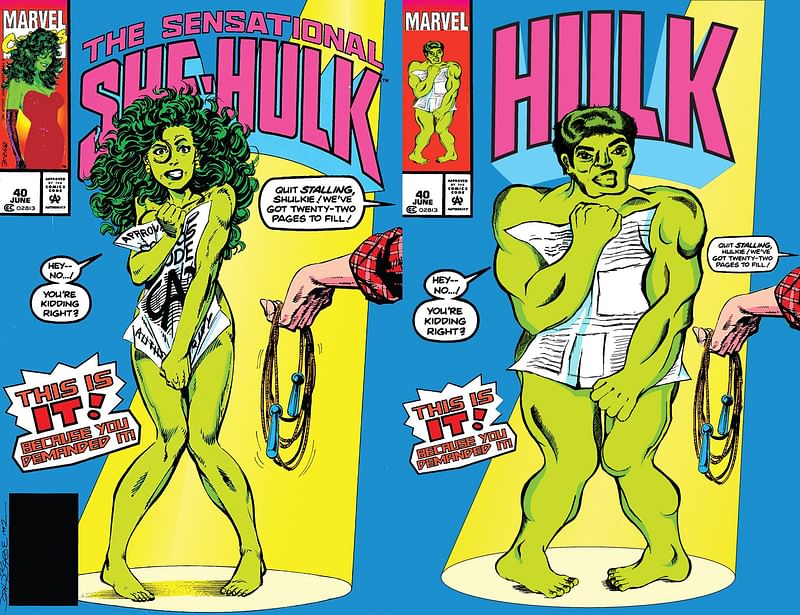 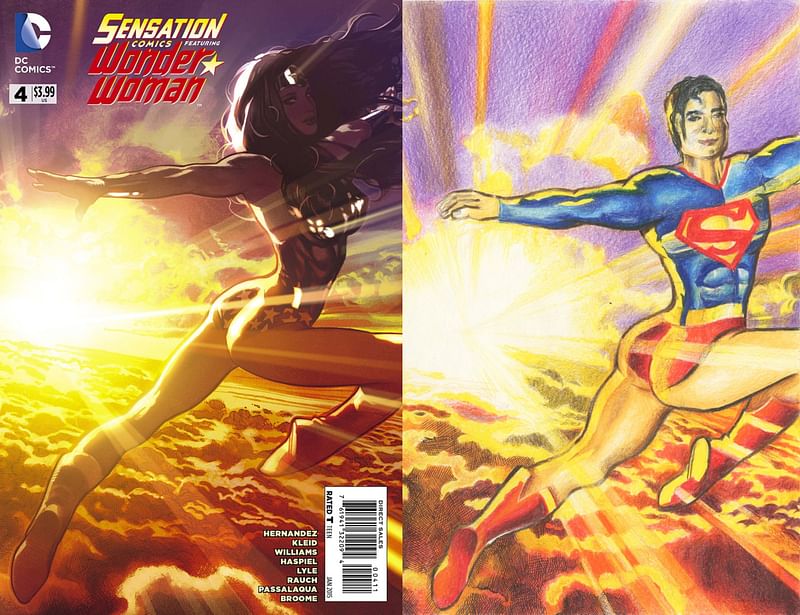 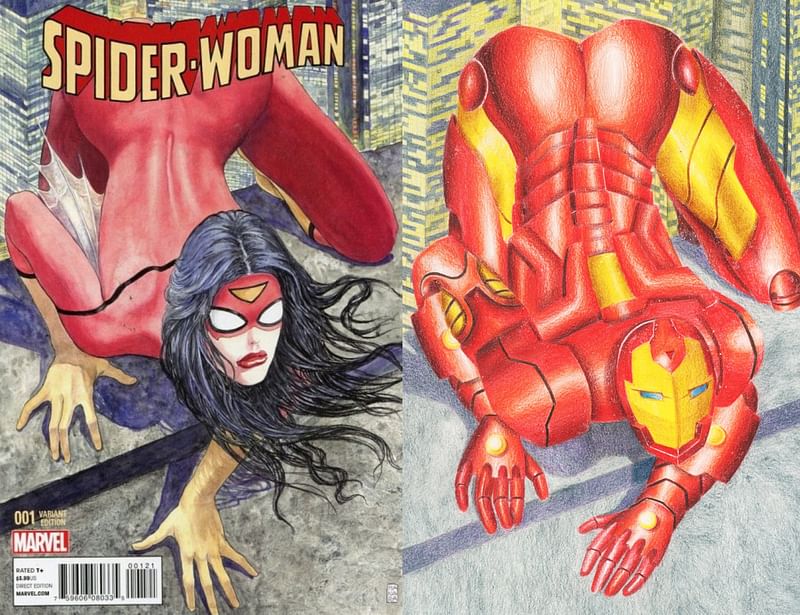 Do you think Arora overreacts? Or is it about time to revise the way stereotypes are reinforced in pop culture? Share your thoughts in the comments! This conversation needs every voice.