Truth of being an immigrant abroad 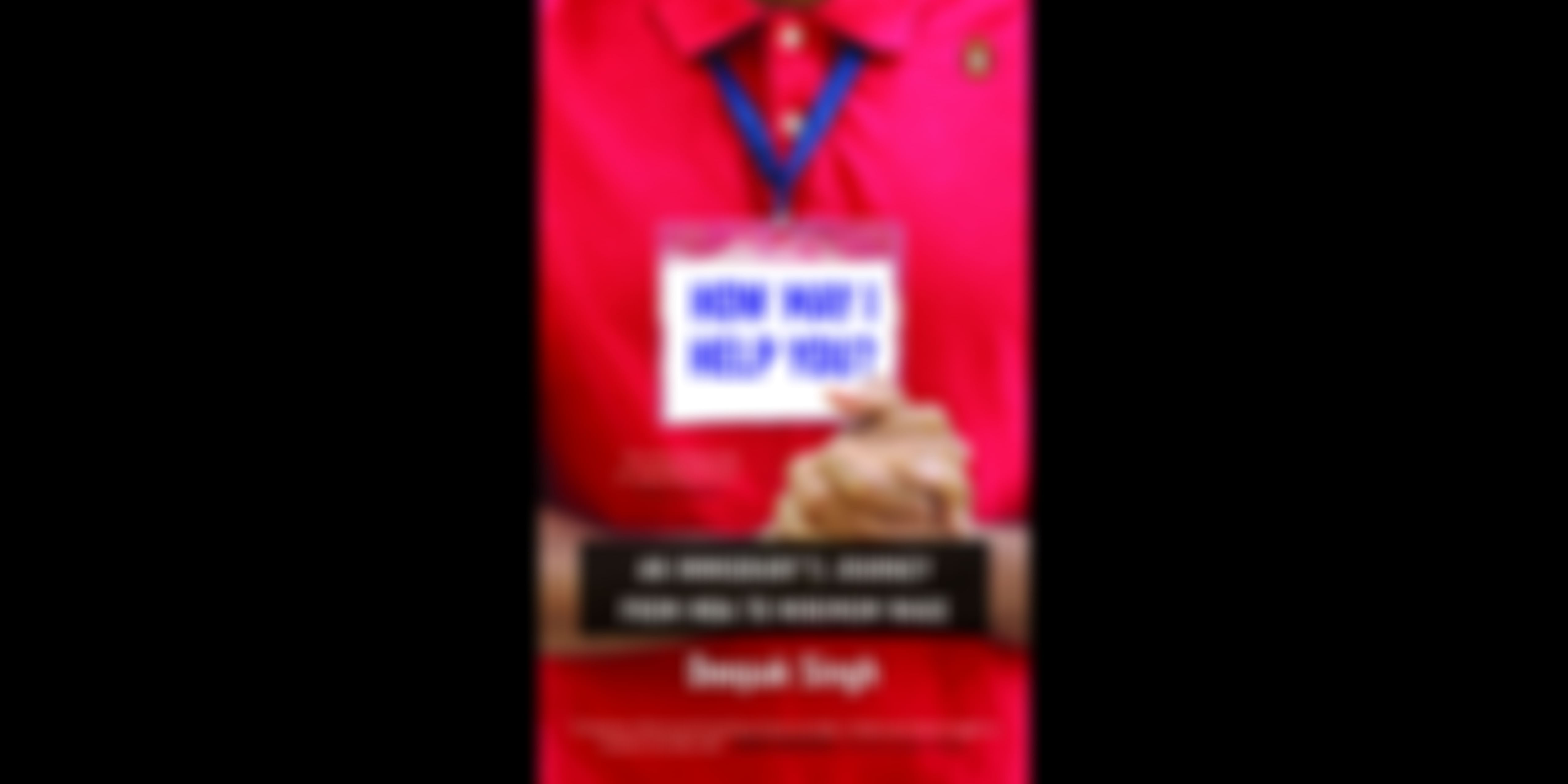 Deepak falls in love with an American visiting India as an exchange student. The young couple gets married and leaves the country to live the American dream. Unfortunately for Deepak, he soon realizes that reality was completely different.

With no money, no one that I could call, no one that I could share my feelings with, and no work permit, I had been feeling pretty worthless in America. I was angry with myself and in a desperate need to prove my worth, I decided to take my aggres- sion out on the yard. I let out a few expletives in Hindi and grabbed the six-foot iron rod with a giant claw at one end, called a rake. I stood in the middle of the yard and began scraping the earth. I worked myself into frenzy. After several minutes of  thrashing the leaves around, I hadn’t made any progress. I had just moved the pile from one side to the other. The yard still looked like a big mess. My e ort to clean it didn’t make any dif- ference. The mounds of leaves seemed like the big maze that was America. I was working with so much fervor that I didn’t notice that I had bloodied my fingers in the process. I had turned my life upside down for a new beginning. I looked at my bleed- ing hand and wondered how much more I’d have to su er.

December came. Now, there was not a single leaf on the trees and the grass looked lifeless. The days were so short that it got dark at five in the evening. I had been in the United States for almost three months. I was out of money and was still waiting for my work permit. Since it had gotten much colder, I had stopped walking up to the driveway to wait for the mailman. I mostly stayed inside my room, and looked for him through the window. Sometimes, I felt like the old and sad Indian mother in Indian movies who always waits for her lost son at the railway platform, hoping one day he will arrive. I felt sorry for myself.

On a cold afternoon in December, I found an envelope in the mailbox that said U.S. Immigration Services. It had my name peeking through the rectangular window. My heart was going a hundred miles an hour. My hands shook. I had been waiting for it so long that it seemed unreal that I was actually holding the letter. The letter seemed like a lottery ticket, a lottery that I wasn’t sure that I’d won yet. I didn’t think I had the nerve to open the letter.

I ran inside the house to show the letter to Holly. She looked at me, smiled, and took a deep breath as if to say, “Your wait seems to be over.” She sliced the envelope open with a knife and pulled out a card the size of a credit card. It had my picture on the right side and “Employment Authorization Document” written on the top. I was elated. I didn’t wait for it to get late enough in the morning for my parents to wake up in India. The work permit card felt like a key to a treasure, the solution to all my miseries.

I began applying for jobs. I wanted to work in radio, but there weren’t enough paid jobs in the small town of Charlottesville. Some people suggested I move to Washington, DC to work for a public radio station, which I wasn’t sure about since Holly had two years of coursework left. It didn’t make a lot of sense to live away from Holly, when I had moved from halfway around the world to be with her. I started looking for jobs in Charlottesville. I tried my luck everywhere, but nothing worked. Every day that passed after I received my work permit seemed like a huge waste. I was missing out on making dollars, I thought.

Walking around town with Holly, I’d notice restaurants, book- stores, mattress stores, and jewelry stores displaying signs that said, “Now Hiring.” I decided to apply for jobs at those shops. I had watched the employees and it didn’t seem to me that the jobs required any special skill. It wouldn’t be a bad idea to get some job, any job, while I continued to look for something better.

Thinking of applying for a sales job brought to mind a similar job that I had done a few years before in India. The work involved going door-to-door, knocking on people’s homes and asking them to fill out a questionnaire, the objective being to persuade them to switch from their existing newspaper to the one I was working for. The job was humiliating. The pay was not great and it was demeaning to have people shut their doors in my face. I didn’t tell any of my friends where I worked, and prayed that the door I knocked on didn’t belong to someone I knew.

My parents and my close relatives had expected me to land a job with a fat salary, an air-conditioned o ce in the swank building of a multinational company. They were not going to be proud to hear that I was going around door-to-door selling a newspaper. I begged my boss to assign me an area of the city furthest away from where I lived, so I could avoid being seen by relatives and acquaintances. But soon my boss stopped paying attention to my requests and gave me locations I didn’t want. Now, I had two options—either quit the job or find a way around knocking on people’s doors. I chose the latter. I went to the area assigned to me, but didn’t knock on doors. I just looked at the nameplates on the boundary walls and discreetly noted down each name and house number. When I got home, I filled out the questionnaire in the name of Mr. Gupta, Mr. Sharma, and Mr. Yadav. Since there was no pressure to convert people to our newspaper, I said the people were already our customers. It worked. My boss didn’t pay much attention to the fact that the handwriting looked the same on every questionnaire. A month passed and I got my salary as I had every other month. The only di erence was that this time I been paid for doing nothing.

I would soon find out that I was not the only person in the company who was doing this. My boss had been working there for a while and he’d had this happen to him before. It didn’t occur to me that he could be double-checking, visiting or call- ing people’s homes to find out whether I’d showed up at their place. I quit the job. I didn’t want to have to answer to my boss. 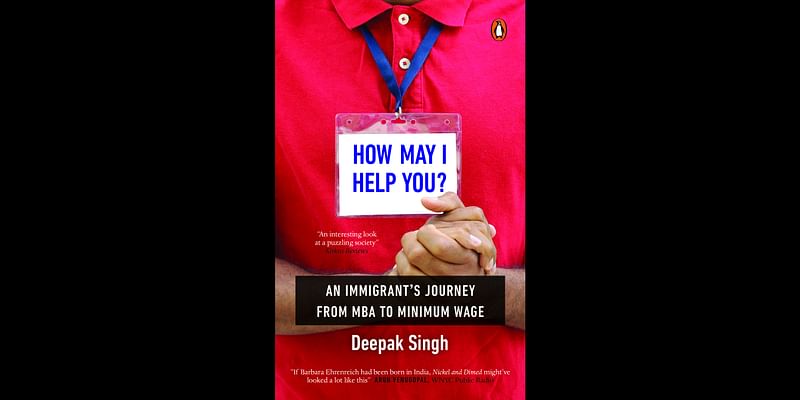 In this charming and insightful story, Deepak Singh chronicles his journey as an Indian immigrant in the United States of America. Deepak falls in love with an American visiting India as an exchange student. The young couple gets married and leaves the country to live the American dream. Unfortunately for Deepak, he soon realizes that reality was completely different. Armed with an MBA from a good B-school and quitting a cushy job in BBC, Deepak moves with his wife. But once in the US, all he is able to get is a minimum-wage job in an electronics store. Every day he confronts an unfamiliar American culture. He experiences the deeply entrenched racism and observes first-hand the crushing reality of being poor in America. 'Fresh off the plane', Deepak tells an intimate tale of living in an unfamiliar place, being the perennial outsider and making a mixed marriage work. How May I Help You is a moving tale of love, empathy, vulnerability and hope that will keep you hooked till the last page.