It pains a lot when the only person you love leaves you. 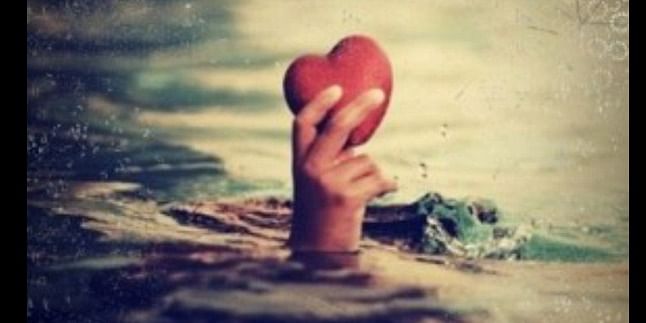 It pains a lot when the only person you love leaves you. Isn't it? Then we'll cry until we fall asleep. Well, that's what I'm doing right now crying from past, I don't know from how many years. And the reason is only one person Rohan Sharma.

It was my birthday that day, and I got the best gift. The gift I can never think of nor anyone else can. Everyone was wishing me but my eyes were searching for him. He was nowhere to be found, and I was having the feeling that he isn't gonna come, because from past few days' he was being weird.

Then finally he came, looking hot. The smile on my face brightened. I ran towards him and hugged him.

"You came" I chirped. But he didn't reply, instead, he stood stiffly with an expression on his face."Rohan, what's wrong?"

"Nothing," he said. I grabbed his hand and dragged him out with me.

"What's your problem sage?" He snapped.

"My problem? Rohan, you are acting wired from, god knows how many days." I snapped back. There's no way in the hell am gonna take his shit. Boyfriend or not.

"Because you are God damn irritating."

"Really then why you proposed to me?"

"Because I was a fool. But not anymore."

"Yeah right." I crossed my arms across my chest.

"Listen Sage am fed up, and I can't take it anymore. I am going, for forever. I just came to wish you." He said, kissed my cheek and left. Tears which had built up finally rolled down and I collapsed on the ground. Veer and Inago came, they tried to calm me down but I wasn't listening to them. I cried a lot that day.

Rohan was gone from my life was a bitter truth. I called him, texted him, e-mailed him, but he didn't replay me. I was broken. He was the first I guy I cried for and I still cry whenever I miss him.

You don't get hurt by strangers but the one who is close to you. And I hate him for making me go through all this.

After a month I received a courier. Inside it was a photograph of his and mine when we are kids. And a note which says 'FEW THINGS ARE MEANT TO BE UNSAID.' After I read the note I immediately called him.

After two-three rings his mom picked up and told me that he died a week ago. I was shocked and stunned. This isn't happening. I can't lose him. I locked my self in my room and cried for the whole day.

"Please come back Rohan," I sobbed. Even after so many years I still have his note, and I still cries reading it. He is a part of me, which I lost years ago. I wish he should have told me everything instead of hiding it from me. Veer and Inago both knew about this but they didn't tell me. Rohan asked them to shut their mouth and not to utter a single word to me.

"I love you, Rohan. My love for you will never die. I just wish you should have told me." And that day also I went to sleep crying like other days.