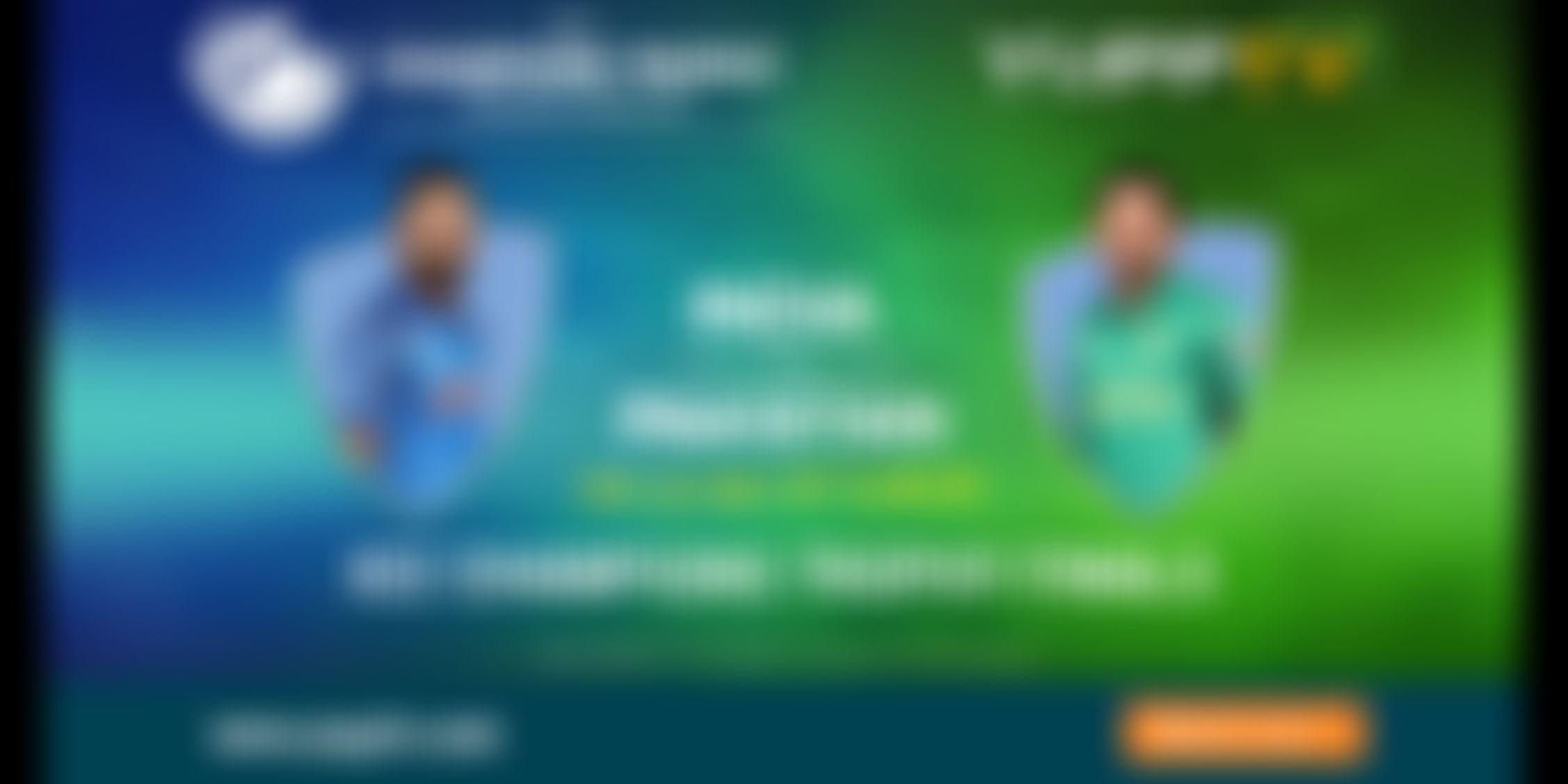 Are you all set to watch the most anticipated match between India and Pakistan at the ICC Championship 2017 ? This is scheduled to be played on 18th June, Sunday at The Oval in London. Live telecast will start shortly after 10 am with the toss. At 10:30 am the first ball will be bowled.

India knocked Bangladesh out in a comprehensive manner on Thursday in the 2nd semi-final of the ICC Championship. This is the 4th time India has entered the final in the history of the ICC championship ODI tournament. On the other hand, Pakistan decimated England on 14th June by 8 wickets and made a place for the final.

Now the question is who will win the Champions Trophy 2017, India Vs Pakistan ICC. Let’s not predict a result. Let the players perform best to their potential. But this is undeniable that tempers have spread everywhere regarding this match. But let’s hope the rivalry between the two countries stay as healthy while the supporters of the both countries get complete entertainment with the match to remember.

If we look at the past, we can notice that the cricket rivalry between India and Pakistan is one of the most extreme sports rivalries around the whole world. If we check the TRP charts and other reports, we can see that billions of viewers stick to the television or the internet whenever India-Pakistan cricket match occurs. According to Wikipedia, the tickets of the World Cup match between India and Pakistan in 2015 totally sold out within just 12 minutes after they were available for sale. Players from both India and Pakistan team stay in extreme pressure and sometimes face threatening reaction in defeat. There are many intense fan reactions, public disturbances and violence regarding India-Pakistan matches have been recorded. However, both the countries maintain cricket diplomacy process as well to make the relations between them better by giving permission for the exchange of visits of heads of state, traveling of the cricket followers from one country to another to be present at the matches.

If we have a look on the last match in the ICC Championship Trophy 2017 between India and Pakistan, held on 4th June, we can see how wonderfully India won by 124 runs through the Duckworth-Lewis method. All the Indian players made a statement by outperforming Pakistan in each and every department. Let’s have a detailed look at this match here -

The Steady Performance of Rohit Sharma

The slow but steady performance of Rohit Sharma is something to remember about the last match between India and Pakistan. Though his starting was a bit shaky, gradually he went into the pace. He was not fluent but quite steady. He scored some boundaries and performed some urgent running too. He gave his team 91 runs for 119 balls.

The way this 35 years old Indian cricketer performs in the field is truly commendable. He was at his scintillating display on 4th June’s match. After entering the field as the number 4 player, Yuvraj Singh took the match to another level by some exquisite shots. He scored 53 runs for 32 balls.

Virat Kohli covers whatever temporary loss India faced after the end of Yuvraj’s innings with great shots, steady batting and calm mind. He was not out till the end of the match and scored 81 runs for just 68 balls.

The Introduction of Spin in 2nd Over by Sarfraz Ahmed

I don’t want to be judgemental, but it is quite clear that Sarfraz Ahmed’s strategies didn’t go very well in the last match. In the first over Md. Amir kept Rohit Sharma in pressure with his fast bowling. But in the second over, Captain Sarfraz Ahmed instructed the spinner Imad Wasim to perform. But this strategy did not go well. The duo of Rohit Sharma and Shikhar Dhawan did not find any difficulty to tackle the spinner and make a partnership of 136 runs smoothly. This helped the Indian team rule the match later on.

The major pace bowlers of Pakistan team Md. Amir and Wahab Riaz suffered calf injury and ankle twist respectively in the last match against India. Both were unable to finish their overs.

The real concern of the Pakistan team is whether the two most important bowlers Md. Amir and Wahab Riaz, who can attack Indian batsmen very well in the field, will stay physically fit in the final match or not. Also the Pakistan captain Sarfraz needs to be more strategic in order to win the trophy. Pakistan’s last performance against Bangladesh in ICC championship 2017 was quite good. But against India, the team needs to be more careful. India has better scope to perform well too. In the last match, Mahendra Singh Dhoni, Kedar Mahadev Jadhav, Bhuvneshwar Kumar Singh, Umesh kumar Tilak Yadav, Jasprit Jasbirsingh Bumrah did not get the chance to bat. Among these players, we are expecting the most from MS Dhoni and K M Jadhav when it comes to scoring runs. The rest of the players like Rohit Sharma, Virat Kohli, Shikhar Dhawan, Ravindra Jadeja too should maintain their steady performances. 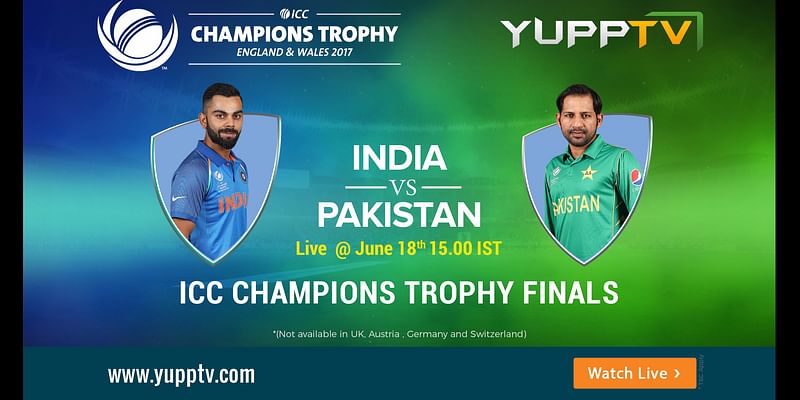 According to the weather forecast, 18th June, Sunday will have a sunny weather. There will be a slight possibility of rain.

So, cancel all your plans, and get set ready for the most awaiting match between India and Pakistan. Hope the best team wins. Watch ICC Champions Trophy 2017 Ind vs Pak finals live on YuppTV.