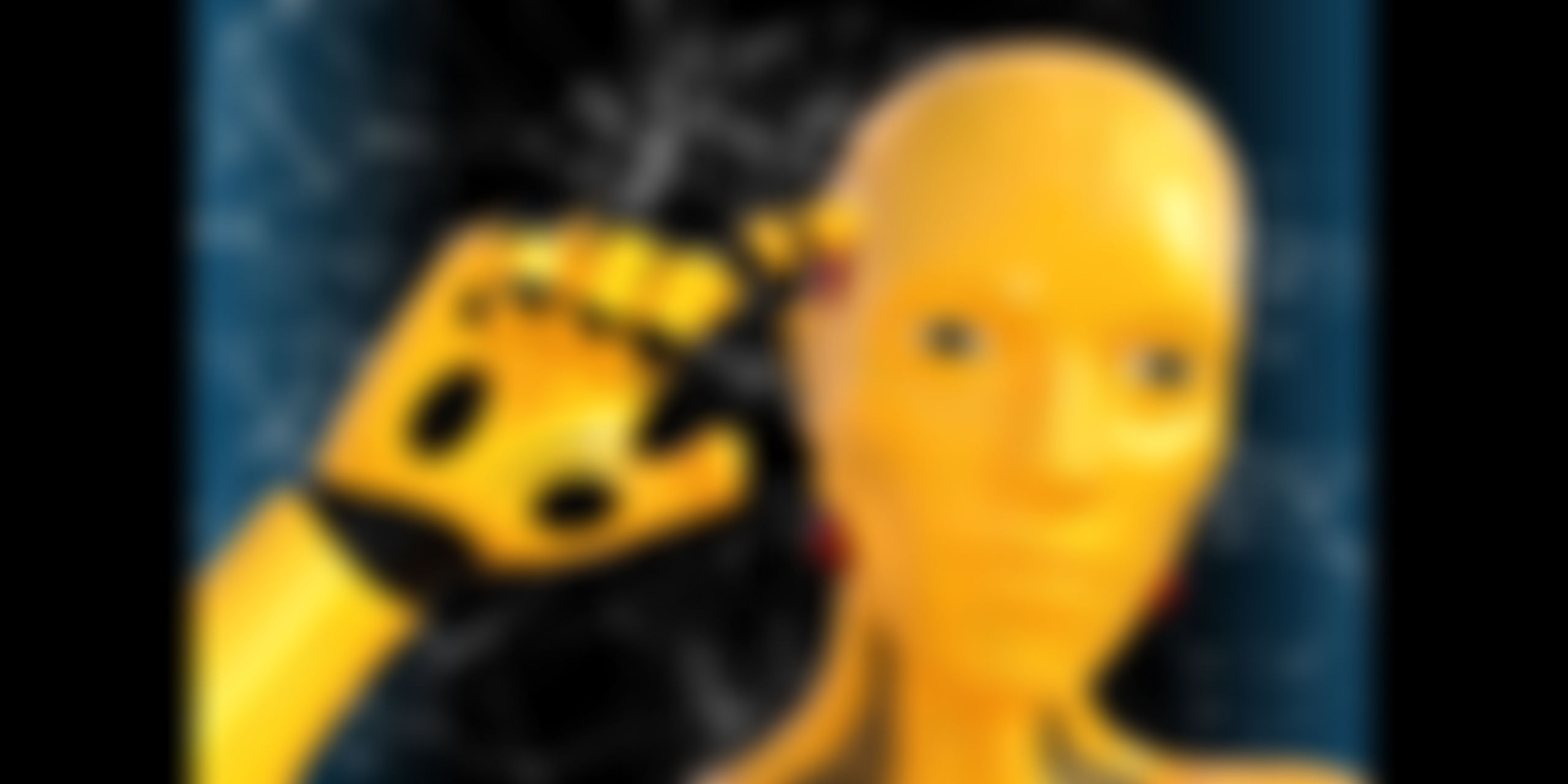 The last few months have witnessed a rise in the attention given to Artificial Intelligence (AI) and robotics. The fact is that robots have already become a part of the society; in fact, it is now an integral part.

The last few months have witnessed a rise in the attention given to Artificial Intelligence (AI) and robotics. The fact is that robots have already become a part of the society; in fact, it is now an integral part. Talking about big data, it is definitely a buzzword today.

The future of AI has been transformed considerably after it has been clubbed with new developments in the technological world like big data.

Enterprises worldwide generate a huge amount of data. The data doesn’t have a specified format. It could be both structured and unstructured. Years back the data generated used to get wasted as there was no analytics performed on it.

But now with the advent of big data, data is processed and analysis is performed on most of the data that is generated. Analysts make sure they are able to derive meaningful patterns, trends, and associations that simplify business decisions.

Big data is such a big deal these days that even small and mid-scale companies after looking at all the big data benefits wish to get benefit from it. There are ample of benefits of big data, but the biggest advantage is gathering the surprising amounts of information and then analyzing all the information that is obtained from the web.

The term ‘big data’ is comparatively new, but the concept has been a part of the world of robotics for a long time. The director of Auton Lab, Arthur Dubrawski says, "Robotics from the beginning has always been about data". The operational definition of Robotics is all about executing the following sequence in a loop: sensing, planning, and acting.

Almost all the activities going around the robot and in the surrounding environment is perceived by the robots. Robots sense and perceive through the sensors built in them in order to be aware of what’s happening around them.

To meet the desired purpose and reliability in a complicated environment planning is needed. Also to meet the planned goals, taking and monitoring planned actions is a must. Did you notice all the above steps involve the use of huge amount of data? There are a large number of modules meant for sensing purpose, some of them are sensors that measure range, position, visual, tactile sensor and other various similar modules.

Some of these sensors generate a large amount of data. Artificial Intelligence (AI) isn’t discovered in the recent years. In fact, it has been a part of the Defense Research and Development Organization (DRDO) as a Centre for Artificial Intelligence and Robotics established much earlier in the year 1986. Robotics haven’t labelled anything, but have a long history of working with Big Data.

According to Dubrawski, “Robotic technology powered by AI has always been about analytics from its advent”. He also believes that robots have the capability of sensing and perceiving data through their sensors.

They then link what they perceived along with actions through planning. Hence performing analysis and processing of information at all stages in a loop of sense, plan, and act. For years now we have relied on technologies and borrowed analytics from methodologies such as machine learning and many others.

However, roboticists come up with some original research and techniques occasionally. These techniques are usually designed for solving robotics related issues, but later they can be used for any application.

Increased processing capability: With the evolution of processors in the recent years there has been drastic growth in computing speeds too. Billions of instructions can be processed in few microseconds.

Data need not be placed at some central location or stored in a particular computer’s memory any longer now. Also, there is so much data generated and processed every day to fit into a single device. Due to Cloud technology data can be stored in distributed infrastructure and parallel processing can be done on the data. Hence, the outcome of large-scale computations like Cloud technology is used to construct the AI knowledge space.

Learning from actual data sets, no more from sample ones:

Just when AI came into existence, machines had to learn new behavior from a limited sample set, along with a hypothesis-based approach for the analysis of data. That’s a traditional way, now a day with Big Data machines don’t have to rely on samples.

There is ample actual data available that can be used anytime. Algorithms used for voice and image processing: Understanding and learning from human communication also known as Machine Learning, is a fundamental requirement of AI.

Human voice data sets are a lot in number, with numerous languages and dialects. Big data analysis supports the breakdown of data sets to identify words and phrases. Similar is the case with image processing, it identifies appearances, outlines, maps to process information. Big data analysis enables machines to recognize images and learn how to respond. 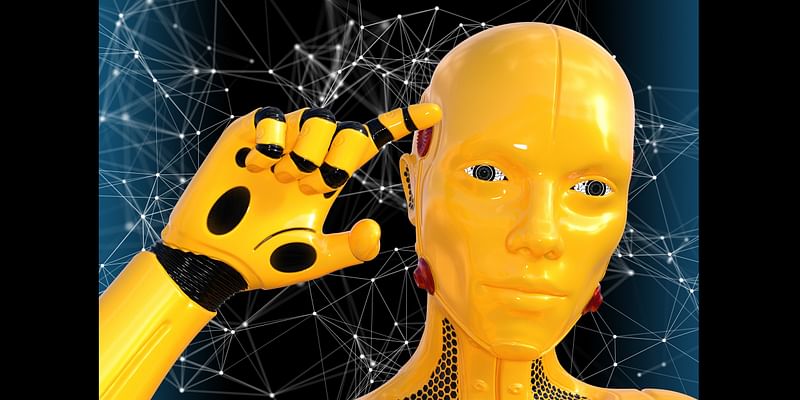 If it was possible to store a data set in a single storage device, then AI data model would have used not very complex programming languages such as Python or R, which are also known for being a data analyst. Unlikely, for commercial scale operations enterprises use Hadoop for big data management.

Hadoop is an open source, java based software framework that has capabilities of reading and analyzing distributed data sets. Since Hadoop is open source it is reliable and free programming tool for data analysis. It has made AI algorithm execution more efficient.

Today AI and Big Data analytics are known to be two most promising technologies that enterprises can take along with them in the days to come. AI along with Big Data will make sure businesses take intelligent decisions based on historic information available. But understanding the union and inter dependency of these technologies is where the success lies. 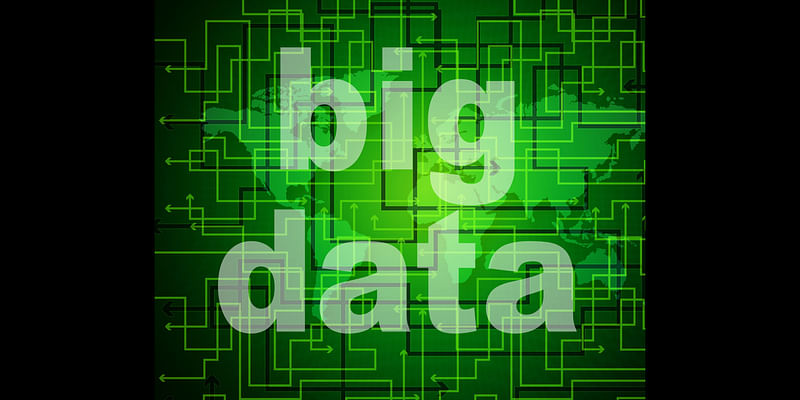