How Voice Search Can Impact Your SEO for 2019.

Now, with advancements in technology, users can search using their voice in Internet. Suppose if you’re talking to your desktop or smartphone using a virtual assistant to gain personalized information. With a simple phrase, the voice-activated software uses natural language processing and text-to-speech to understand your search intent. And, based on your past search queries, context, and frequency of use, your voice search results get better.

As studies show, as humans start to evolve with technology, we’re starting to see an increase in the use of voice search. In October 2014, 41% of adults and 55% of teens said they use voice search tools like Siri, Google Now, or Cortana once a day. Even, comScore projections suggest that voice search could grow by 50% in 2020! Also, Bing’s representatives mentioned that 25% of their searches were voice search.

Mary Meeker’s Internet Trends report goes into detail about how voice search has expanded over the last eight years. According to the study, Google voice searches have risen more than 35-fold from 2008 to today.

While tech geeks may all be googly-eyed for Apple, Google, and Amazon, these players were certainly not the first to the game.

1952: Aubrey is first introduced and could recognize a man’s voice speaking numbers 1 through 9.

1962: IBM brought us Shoebox that resembled a calculator. It would acknowledge numbers and math-related symbols (plus, minus, etc.)

1971: Harby was able to detect 1,011 words, but it took a long time for the system to process the words you were saying.

2015: Microsoft introduces us to Cortana on Microsoft 10 then, later in the year on mobile Android devices.

2016: Amazon Echo makes its debut during a SuperBowl commercial.

Now think to incorporate more natural language into SEO strategy. There will be significant advantages to optimizing for voice search in our future SEO.

• Sentences and phrases will be at the center of the content and we’ll see less of keyword search terms.

• Semantic search will start to become a bigger player.

• Schema markup for voice search could be a thing.

• Optimized videos will see a rise in the search results.

To clarify the voice search, look at the most popular voice assistants.

• Allows for follow-up questions. Example: ‘What time is Star Wars playing tonight?’ followed by ‘What is the rating?’

• Users can adjust voice to reflect male or female voice.

• Proven to be the fastest in populating search results.

• Users with iPhone 7, iPhone 7s Plus, iPhone SE, and iPad Pro (9.7-inch) can say ‘Hey Siri’ without having to plug into a power source.

• Most users still have to click the home button for one-touch activation.

• Does not learn well over time, therefore results are not as personalized when compared to other digital assistants.

If Siri gets something wrong, click ‘Tap to edit’ to correct her. This will create better results for you in the long run.

What’s Next for Apple?

Siri will most likely take other forms of digital assistants. Apple recently released access to Siri to its developers, and there are rumors that Apple will be joining Amazon Echo in the smart home space. Soon, they will make Siri a hub for all your home electronic devices with a design similar to the voice-controlled speaker of Alexa. Another step into the AI arena, Apple introduced us to Viv at Disrupt NYC. Viv will be focused only on scheduling meetings.

Google Now is first voice assistant that delivers personalized voice results based on your history and preferences. As a search marketer, when you say ‘OK, Google…’ You are about to get served information based on your past behavior. For example, the Google Now app will send you traffic updates even before you start commute to work. You can use Google Now without having to use phone too. It’s connected to desktop and the apps.

• Can be used on Windows and iOS platforms.

• Connects to your Android Auto so you can use it in your car.

• Clean interface with cards layout that attempts to pull what you may be interested in based on your preferences.

• Must be used in the app on devices that are not Nexus (sorry, iPhone users!).

• Activation can be confusing for some that are used to Siri and Cortana.

When you’re in the car jamming to one of your favorite 90’s rock songs, ask ‘What song is this?’ or say, ‘Identify this song,’ to get the name. Plus, you can buy it right from Google Play.

Traveling to another country, just ask Google Now for help by saying,’How do you say [word] in [language]?’

Not sure where your package is? Only ask,’Where’s my package?’ and Google Now will search your email history to locate the package.

If you’re a proud owner of Nest [insert jealous emoji], you can say ‘Set the temperature to 74 degrees.’

What is Next for Google?

Apple is getting involved in the smart home space, and we’re going to see Google do the same with Google Home. It hasn’t launched yet. But, apparently it connects with a bunch of impressive third-party services like Ticketmaster, Uber, OpenTable, and WhatsApp. Google wants to create a two-way conversation between you and your voice search assistant to help you buy movie tickets or find a local donut shop.

There’s also talk Google plans to roll out other features like sending flowers, ordering food, and booking a rental car, all with your voice.

Microsoft’s virtual assistant has come a long way from her Halo video game beginnings. Halo voice actress, Jen Taylor, made her debut as the voice of Cortana with the Windows Phone 8.1. Microsoft’s Cortana launched when they were finally looking to capture more in the mobile space. The result: Cortana is powered with the help of Bing so her search queries are personalized like you’re working with a real assistant.

For instance, if you ask Siri for restaurants near me, you’re greeted with a list of results. But, Cortana will give you one restaurant that’s rated the best on Yelp. Cortana is built to not only understand voice queries but their context. Which means it can manage your daily life just as a human personal assistant would.

• Understands follow-up questions. Example: ‘Directions to the airport’ followed by, ‘How long will it take?’

• Creates a ‘notebook’ of your preferences to serve up more relevant information.

• One-touch activation with the home screen.

• Doesn’t understand punctuation when compared to others.

Play ‘rock paper scissors’ with her.

Remind me to pick up dog food’ and she’ll geotag your location so next time you’re near the pet store, she’ll remind you.

Sing me a song’ and Cortana will start to sing with a human voice.

What’s Next for Microsoft?

Forget the Apple Watch — the Microsoft Band is here to compete and it’s jam-packed with Cortana intelligence. Microsoft is getting involved in the biggest tech trend, wearables, and they are taking Cortana with them. Ready for it? U.S. Android users can now use Cortana. And, Microsoft isn’t stopping there. They will be featuring Cortana in the Xbox One consoles coming out this summer to compete with Apple TV and Siri. The voice controls will be the same for Cortana on the Xbox One as they are on the phone.

Nowadays, barely a day passes me by without at least one interaction with Alexa. Alexa is a high-tech virtual command gizmo that you can actually keep on your bookshelf or desk. Alexa has the ‘far-field voice recognition’ component that allows it to recognize your voice from the opposite side of the room.

• Always actively listening without the push of a button.

• Accesses your home to turn on the lights.

• Creates shopping lists AND can order from Amazon.

• Only available to United States users.

If you’re banking with Capital One, Alexa can pay your upcoming bills with voice commands.

Ask Alexa to read a Kindle book out loud for you.

7-minute workout with Alexa is priceless. Just ask her for it.

Use the CookBook for a step-by-step instructional guide.

What’s Next for Amazon?

Any conversation about voice search tech inevitably has Amazon’s Alexa included. However, when you think about wearable tech, you typically think Apple Watch. Well, Amazon has announced that Pebble will start shipping their core clip-on device with Alexa in 2017. But, this shiny, new, clip device is only half the fun! Pebble’s new device will be similar to Apple’s iPod with the clips. It will also have a button for music and a button switching between features to make life easier. Game. Over. I’ll eagerly be awaiting the next crop of wearable gadgets to roll out.

The future of voice search is unclear, we can certainly speculate that we’ll be seeing wearable tech along with a major transformation of search engines. 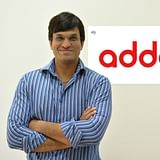 Role of Leadership in Making ‘Work From Home’ Effective