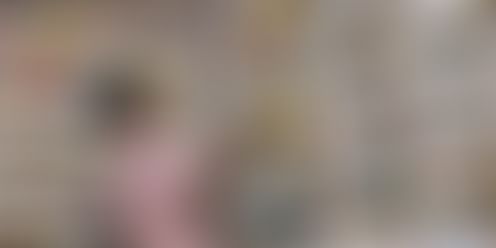 When Munnar saw his medicine distribution business grow in Hajipur, Bihar, he didn't understand why no bank was willing to lend to him....

When Munnar saw his medicine distribution business grow in Hajipur, Bihar, he didn't understand why no bank was willing to lend to him. His 2 year old sole proprietorship was growing significantly, and was profitable as per his income tax returns. He had no previous history of loans, and he was ensuring that he maintained strict banking discipline in his bank account, never once issuing a cheque that would not be honoured due to insufficient funds. Yet this was precisely the problem. As his business grew and took on more clients, he was finding it more difficult to maintain enough cash in the bank to pay for regular expenses, as well as pay himself a salary. He had seen the area he grew up in riddled with multitude numbers of diseases, especially encephalitis, the mosquito borne virus, and kala-azar, which had resulted in the death of one of his child hood friends. This was one of the reasons he had started the medicine distribution business, to help serve his neighbourhood. Demand from his neighbourhood had expanded to his community, and even hospitals were now using him as a logistics provider for medicine. With business becoming more brisk came the problem of lack of cash, caused by his larger customers demanding credit terms of 30, even 60 days.

But the banks and NBFCs continued to see this man from Vashali district as a risk, simply because he had little prior experience in distribution of medicine, and because his buisness was so young. In addition, his location was seen as too far for bank offcials to visit, and the loan size required too small an amount to warrant the operational expense.

Munnar's plight is a problem faced by many small business owners today. NBFCs and banks continue to pay lip service to providing unsecured loans to previously unserviced areas, yet the truth is that operational costs still continue to be the largest snag behind helping young entrepreneurs. Many banks and NBFCs still focus on physical branches, operating around spheres of influence of around 25km, and even new age NBFCs are restricted by business age and profitability. In addition to this, they tend not to lend to stand alone entities such as shops, spas and restaurants, due to the perceived risk.

This is not to say that things aren't changing of course. With the huge collective demand for business loans comes a vast blue ocean of opportunity. Various businesses are trying to ensure that they can leverage the use of technology to reduce risk and costs associated with lending. One such startup is MarketFinance India, founded by 2 INSEAD Business School alumni. The business operates an invoice discounting platform whereby small businesses can upload invoices issued to blue chip clients, and have investors bid to discount these invoices. Payments by the blue chip clients are routed through virtual escrow accounts, to reduce the operational risk for investors. Investors earn a a return of between 16 to 20% annualised, whilst enabling the small business owner to receive financing in a timely manner as and when required.

MarketFinance also offers various loans to assist stand alone businesses. Due to the use of EDC machines across India, data is now more readily available, meaning that loans against EDC swipes are now possible for spas, restaurants and any other stand alone entities such as drug stores. In total, to date MarketFinance has done close to 13 Cr of lending, and continues to grow pan India.

What happened to Munnar, I hear you ask? His story has a happy ending. He secured an invoice discounting limit from MarketFinance, which enabled him to discount invoices as and when he felt the need to. His distribution business continues to grow, and he continues to help his community and neighbourhood alleviate diseases which would have otherwise caused death and destruction.