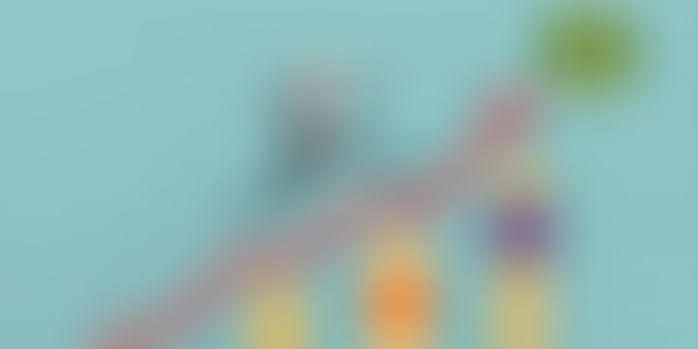 “Made in China”, how many times a day we see this tags, labels or stickers around us. Gone are the days when Chinese products were measured as cheap and low-quality products. Even big companies like Apple Inc. are taking advantages of the Chinese supply chain efficiencies to reap higher margin by keeping costs low. Hence, China is called as ‘the World’s Factory’.

In past few months, the #boycottchinaproducts hashtag has been trending on social media to create a populist belief in India; however, a major Indian smartphone market chunk is still dominated by Chinese smartphone brands. With the help of ‘Make In India’ initiative, the Chinese companies have been acquiring/venturing with the Indian mobile manufacturers and giving a tough fight to the native smartphone brands.

Why Chinese brands are focussing on Indian market?

This might be a wake-up call for Indian smartphone companies, as India is slowly becoming the second most favourable mobile manufacturing destination for Chinese mobile companies after its home country. By the end of this year, the Indian mobile industry is estimated to carry out the sales of 174 million units. And the major market share is expected to be taken by Chinese mobile companies.

In 2013, the Chinese companies witnessed a heavy saturation in their domestic market and the demand of its domestic consumers was sophisticated and complex to fulfil. Hence, the Chinese mobile companies had started capturing the international markets since the beginning of an economic slowdown.

How Chinese brands are growing in India?

The penetration of Chinese companies in the Indian smartphone market was easy as both the countries have similar market structures. India as a distribution market has turned into an easy expansion opportunity due to the help of major e-commerce players. The online-only business model has been successfully accomplished by Chinese brands like Lenovo and Xiaomi.

Furthermore, both India and China share the same 4G frequency bands of 1800MHz and 2300MHz, which has allowed Chinese smartphone makers to bring the latest products in India along with the home country, as no additional frequency bands modifications are required. This actually indicates that any Chinese 4G smartphone with support for the English language can be easily used in India without any issue.

Also, the competitive pricing, aggressive marketing, and faster adoption of the 4G technology of Chinese smartphone companies are driving a sustained growth. Moreover, the integration of high-end specifications, importance on good cameras, and classy design are stuffed even into the budget mobiles.

The Indian Government’s Make In India initiative has managed to attract as many as 25 mobile phone companies including Lenovo, OnePlus, Xiaomi, Gionee, Oppo, LeEco, and Huawei among the others. Most of these companies have either started or likely to start manufacturing their products in India soon.

How are Indian mobile makers dealing with it?

Micromax is the only native smartphone maker who is safeguarding the Indian front adjacent to the Chinese competitors. To tackle the sheer competition, Micromax came up with its Yu smartphone brand which sports ‘Made in India’ badge on it. At the same time, other prominent Indian mobile brands like Lava, Spice, Karbonn, and iBall have failed to get appreciation in both Indian and other markets.

The key restrictions faced by the Indian mobile makers are the sub-standard build quality, unwillingness to provide updated firmware and seedy circuits. On contrary, the Chinese manufacturers are offering innovation, quality, and expertise in their products which have put them an edge over its Indian rivals.

The full-fledged flagship smartphone segment is dominated by Chinese smartphones likes of the Xiaomi Mi5, OnePlus 3T, and Vivo V5 Plus. While so, most of the Indian smartphone makers are stuck on the sub-5k segment. Micromax, with its Yu brand, tried to venture into the affordable flagship space by keeping the prices in sub-12k range. Although the Indian start-ups like Sachin Tendulkar-funded Smartron and Creo had tried to draw attention in flagship space, they are yet to witness success.

How deep is the Chinese hit?

According to IDC’s Q1 2017 report, Samsung has continued its number one spot with over 25.1 percent market share in Indian smartphone market. The second spot was captured by Xiaomi with 10.7 percent market share. It had followed by Lenovo Group (including Motorola) at 9.9 percent and Oppo and Vivo shared the later spots respectively. Surprisingly, no Indian company is in the top 5 list for the first time in a while.

Where can Indian Smartphone makers focus to regain the market share?

The Chinese mobile manufacturers are at a comfortable position in the current scenario, which is obviously difficult to shatter for the Indian smartphone producers. Though, there are some measures using which the Indian mobile makers can create new opportunities for themselves.

The low penetration of smartphones in the average Indian family is something where the Indian makers can work on. They can offer feature-rich smartphones to drive growth. Secondly, most Chinese smartphone makers lack good after-sales service and support. This issue is a tough nut for these companies. Here, the Indian makers can focus and seize the market control from Chinese manufacturers.

Most of the Indian smartphone makers rely on the offline distribution network, whereas the Chinese brands are collaborating with the online retailers to provide exclusive deals with them. The Indian companies can reach out to online stores and offer compelling deals and offer to gain popularity and market share.

Offering latest technology in a smartphone is another move Indian smartphone makers can take. For instance, providing the trending features like dual rear camera, AR and VR compatibility in affordable range can be beneficial.

The Indian smartphone industry is rapidly growing quarter by quarter, but still, the domestic makers are in a complex situation at present. Apart from the Chinese OEMs, other international smartphone brands like Apple and Samsung are also taking away the opportunities of domestic companies. Though it will take longer to regain the market share, the Indian mobile companies will surely find ways to survive in the highly competitive market.