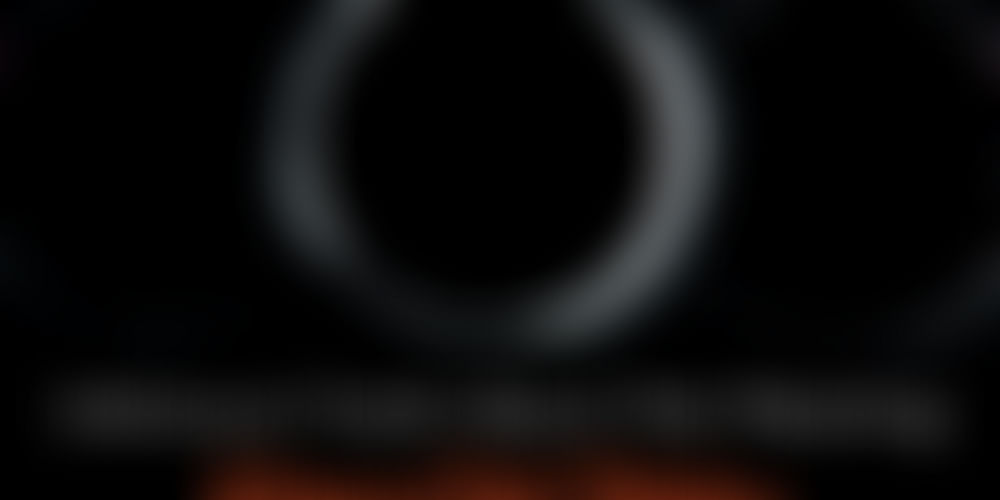 According to Indian beliefs, eclipses are caused when the shadow planets, Rahu and Ketu, swallow the Sun and the Moon. Vedic Astrology holds that eclipses are not a good time to start or end projects, relationships, jobs, or any other important thing. Auspicious beginnings need light. However, as Rahu and Ketu swallow up the luminaries and twist it in dark ways, what you start could develop very strangely, and you may also regret ending something. During an eclipse, it is better to keep a low profile. Meditation is recommended as this time is favorable for connecting with the higher world. It is not advisable to start anything important on the day of an eclipse or the few days surrounding it. Importantly, if the eclipse is visible at the place where one happens to be, its effects will be greater. Solar eclipses are tougher because, during this time, there will be a new/dark Moon. Thus the Moon’s vital energy will not be present in the environment.

An eclipse is the universe’s way of making us pay attention to things that we need to change in our life. They have an uprooting effect and get us out of our comfort zone. They enable us to move to a higher plane. Eclipses bring change, and we can’t escape it. Eclipses come in pairs and coincide with new Moon and full moons. Solar eclipses occur on new moons and lunar eclipses on full moons.

During an eclipse, one may hear news of childbirth, marriage, or engagement. It could also be news of a breakthrough in career, a promotion, starting a business, signing a major contract, important travel, etc. People may sell or buy a house, or move to a new home far away, get or lose a pet, undergo surgery, or deal with some new development in health. It could also mean college graduation, the beginning of a course of study, a divorce, a book going for publication, and so on. Important events, meetings, and separations, career changes, all are likely at this time. To put it simply, the universe wants you to move forward. Every eclipse triggers an important turning point in your life. Even if you are not affected, your friends and family might be.

An eclipse creates specific changes, and we will never be able to return to the old situation again. There is no cause for alarm for it’s a sign that the universe wants us to go forward and make progress, not return to the old days. That option no longer exists after an eclipse. If, later on, you are not happy where you ended up, you can make changes, but these changes should not take you back to the past. The changes caused by eclipses may happen immediately or over a period of months as each successive eclipse follows. For most people, the changes are often shocking.

New beginnings accompany solar eclipses and bring new opportunities. The developments are often positive. However, lunar eclipses tend to be more emotional, and they signal final endings. They can also make us rather sentimental. A full moon lunar eclipse stirs memories and dislodges dreams submerged in the depths of our subconscious mind which rise to the surface.

Eclipses often throw a curveball at us in the form of an unexpected random event. Like the butterfly effect, an event happening elsewhere will trigger it. The event will be completely beyond our control but don’t be surprised if sweeping changes arrive at your doorstep.

Eclipses induce a feeling that life is going into fast-forward mode. Things will accelerate at a rapid pace. They also throw light on things that you may not be aware of. Hidden truths will come out during this time. It could be about some underlying health condition or your spouse’s extramarital affair! Once the truth is revealed, it will force you to take a major decision or action. Most of the time, you may be shocked by the information that is published for that is the nature of an eclipse. It makes you sit up, pay attention to what is happening, and do something about it. However, there is no need to be scared for eclipses are like friends who tell you the truth with good intentions and to protect you from greater dangers. Truth is always preferable to living a lie. During an eclipse, especially a lunar eclipse, the true nature of someone close to you may be revealed, and it usually won’t be something that you like. In case you break up with someone during an eclipse, there will be very little chance of getting back together. So don’t try to reconcile with the person or begging them to come back. It will only lead to a loss of dignity.

Most of the time, you may receive dramatic news at eclipse time, but sometimes, it will come more subtly too as gossip or a secret shared. However, even then, it will be an indication of dramatic changes looming ahead. As it comes close to the eclipse, you should not ignore it. Try to investigate it because, when the next eclipse comes within five and a half months from the date you received the information, the situation could have escalated. By paying attention to the signals during eclipse time, you may be able to anticipate and prepare for problems that crop up later. Health needs attention if an eclipse happens to fall within five days of your birthday, or if it falls almost exactly opposite to it.

Eclipses are packed with energy

Eclipses happen during new and full moons, but they are several times stronger than an ordinary new or full moon. According to Miller, it is like a “new or full moon on steroids.” They have the energy of three new or full moons. The event that an eclipse brings may seem destined in some way. If an eclipse occurs on your birthday, or within five days of it, the following year will be significant for you.

Sometimes, eclipses can bring out your hidden capabilities. You may be able to do things that you never thought you would do. It’s like they open a door that was firmly locked and extremely difficult to enter.