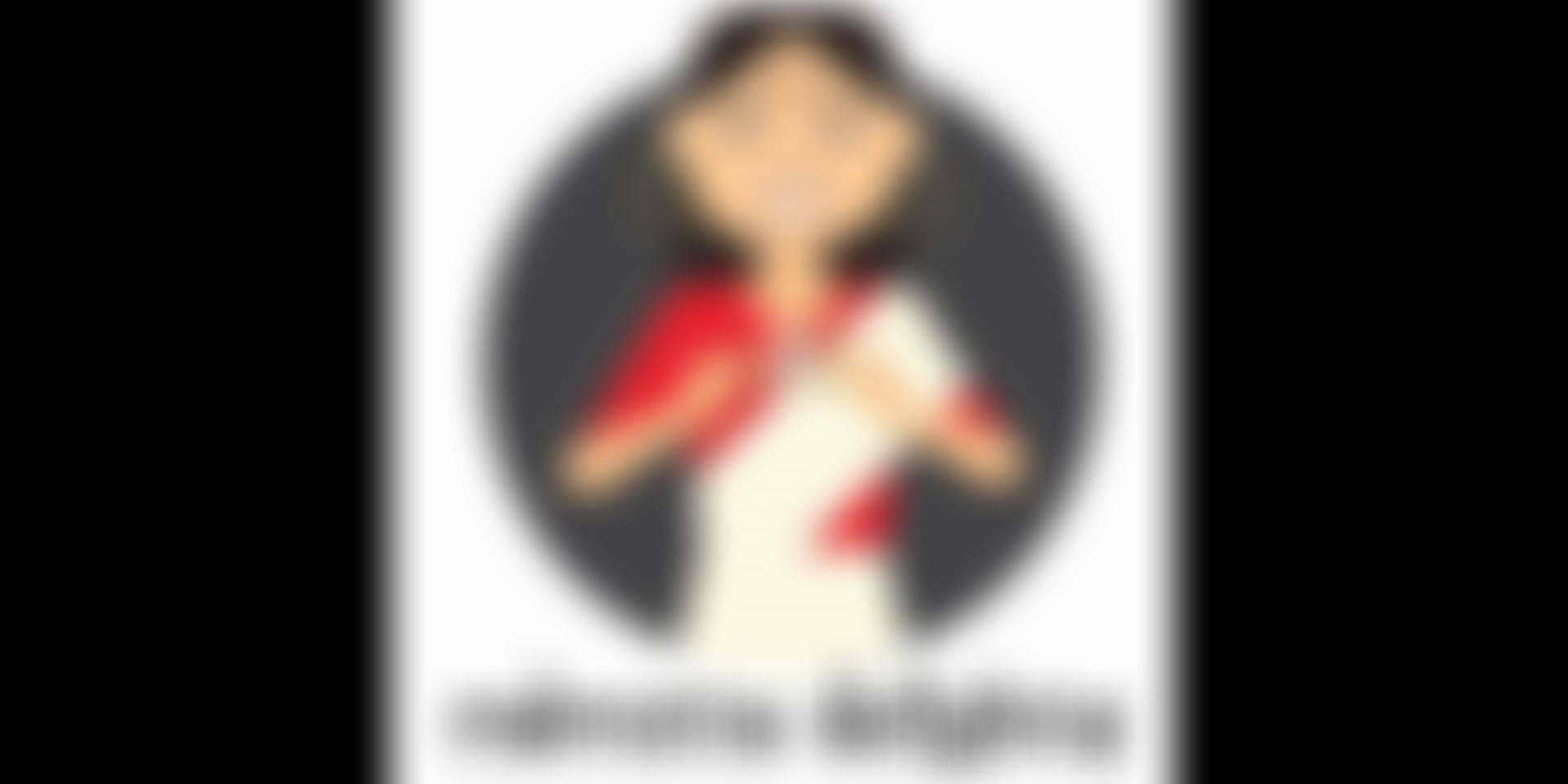 Kolkata – the city of joy and heritage! Who doesn’t love to be the part of its commotion and still be in peace? Or rather frame it, who doesn’t want to be around those jovial and happy souls? So, did us! We caught up four such happy and inspired souls and we were amazed to see their energy and enthusiasm. They are always up to doing something new, something happening each second. They are ‘Calcutta Delights’ folks. Dreamers and doers at the same time! Trust me; these big kids will inspire you to do things on your own without any support! 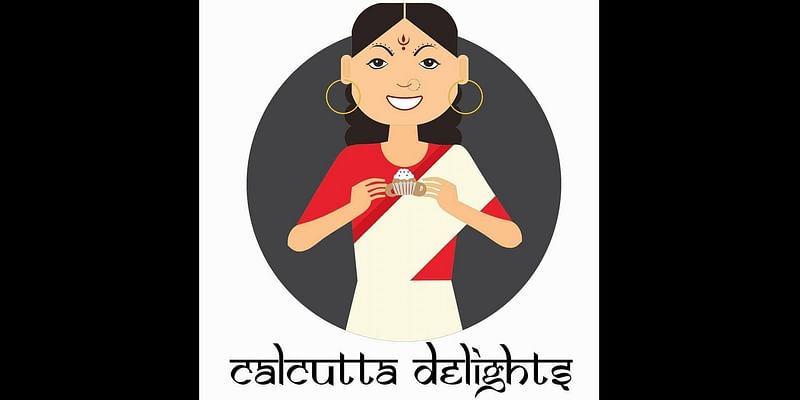 To be honest, they had impressed me within seconds by asking, “Would you like to taste our sweets which are sugar-free?” which I finally did and was completely bowled over. I took further interest about their unique idea and started pestering them more. Then, they started telling about their venture one at a time. I would like to narrate the entire conversation with them because I think this read will be worthwhile for every wantrepreneur out there! .

One of the co-founders, Jeet Karmakar whose brainchild is Calcutta Delights says, “Being a Bengali, I’m a great foodie and sweets are our life. We often see chains of snacks and savouries but it is hard to find sweet chains. I consider “WOW MOMOS” as our inspiration which is more of an excellent execution of an idea. That’s exactly what a real entrepreneur does. And this marks the beginning of our first venture, Calcutta Delights - indigenous Bengali sweets at your doorsteps.” Really, it is amazing to see people getting inspired and then walk on the paths of inspiring millions with their deeds. They are an existent example.

The three enthusiastic guys from Kolkata residing in three different corners of the nation decided to unite and work on this idea. But, there were a lot of hardships like every other start-up in their initial stages. They knew what they wanted to do, but, they didn’t know how to make it happen. As Undergraduates, they couldn’t figure out anything fruitful in the first few months. And then, they decided to do a lot of market research as much as possible. But, was that enough to make a start-up working in real? 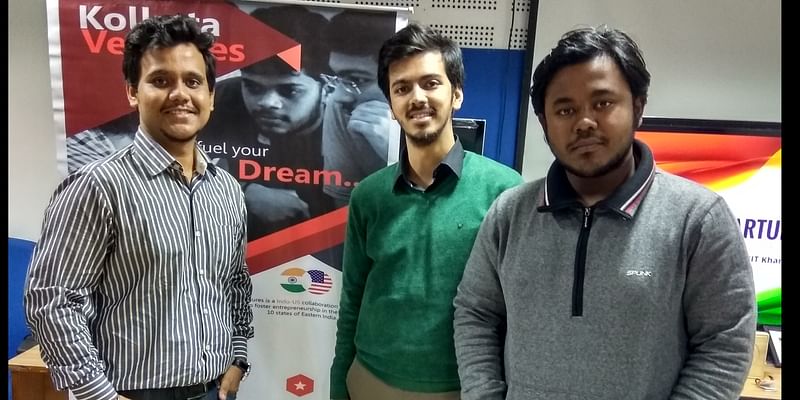 Speculations came pouring in from all sides. But they didn’t stop. They got some fostering done with themselves and became firm on their decision to go ahead and convert the idea into existence somehow. It was an intra college B-plan competition in NIT Durgapur where one of the co-founders studies and he participates. They pitched their idea for the very first time in a public forum with very little expectations. They couldn’t manage to come in the top three, yet secured a special recognition award for their ‘market research’ and ‘go-to-market strategy’. There was no looking back since then.

Nobody knew that this B-plan pitch would come to existence one day. These three guys finally made it happen with the fourth co-founder, a girl who has a knack for cooking and creativity, arrived to them with a bunch of ideas after a few months. The story of how they started off as an MVP (minimum viable product) would surely enthral you. It happened as a food-tech business where they catered to the sweet tooth of the NIT Durgapur students.

A lot can happen over a coffee. Here, we are not talking about love but Calcutta Delights. The fourth co-founder who has got a special interest in cooking is a friend of the guy we talked about. Without much of thinking and a small talk with the other two, they both jumped onto the conclusion to start off Calcutta Delights in college itself without any proper permission. She decided to cook by herself and it happened. She worked day in and day out to prepare delicacies and deliver it to the ‘night owls’ of the campus. The other one took all the responsibilities of marketing and other business relations. Thus, Calcutta Delights was apparently founded on March 1, 2016. 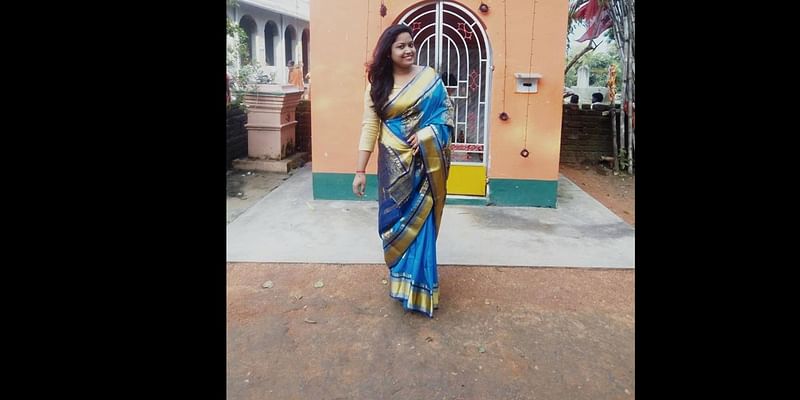 They initially tied up with the start-up group by the name of ‘Tatkal’ which is a food and goods delivery start-up based in NIT, Durgapur campus. They thanked ‘Tatkal’ for staying with them during the initial hurdles, when they were just desperate to get recognized within the campus boundaries. Cooking the items, clubbing it with other lips-smacking dishes of ‘Tatkal’ and advertising it on social media platforms like Facebook and Whatsapp worked for them like wonders. “Jeet helped me to buy every other ingredient like a good family man” sniggers the girl. “And I used to cook 50-60 orders every day initially and packed them hygienically. Mainly Kheer, Gajar ka Halwa, Suzi ka Halwa, Nariyal laddu were our exclusives. Our desserts were served as add-ons with the night meals of Tatkal. Our desserts soon became favourites for all. The demand went too high. So, we had to think of some better ways to control the demand.” says Snigdha Majee with a smile of content, the recent addition to the team of Calcutta Delights.

Things were turning out better for a month or so. Then it was not easy for the two to manage single-handedly from scratch. Unfortunately, they had to cease it to nothing after a few months. But, the turning point of Calcutta Delights is considered to be a coincidental encounter with a special person, Mr. Avelo Roy, a successful Chicago-based entrepreneur. By that time (September 2016), they had shifted their services to Kolkata for better opportunities and a wider market. They came across their mentor, Mr. Avelo Roy at a social event who decided to coach them under his company ‘Kolkata Ventures’ which is an Indo-US collaboration to foster entrepreneurship in Eastern India. He has been their ‘guru’ since then, guiding them through thick and thin.

It was all decided to operate in South Kolkata as an online sweet delivery start-up of indigenous Bengali sweets. It was the time of Durga puja when their hard work finally started showing its colours. It is important to mention that as it started to operate in Kolkata, Dutiman Bhattacharjee with his unbelievable efforts made ‘Calcutta Delights’ function at its fullest potential. He proved to the other three and to everyone that “If you want to do something, you are bound to make it happen.”

They shared a beautiful and inspiring anecdote with us which I would like to narrate here.

“It was just a day before the Durga Puja’16 was about to commence. Our delivery boys were on a leave. One of our co-founders (Mr. Dyutiman Bhattacharjee) was travelling somewhere in Salt Lake City, Kolkata. It was a festive season and as we all know, Kolkata streets appear nothing short of ‘Kumbh ka Mela’ during that time. Suddenly his phone buzzed with a Whatsapp message. He quickly responded and found it to be an order from Keshtopur,Kolkata. Without delaying further, he promised his customer to deliver the order within 30 minutes (as per our usual delivery time). Unable to figure out whom to summon, he decided to deliver the package all by himself. He traveled 5 kilometres in a bus and then another 3 kilometres on foot since the traffic wasn’t moving. Unfortunately, he was ten minutes late to reach the customer. The shortcoming being on his side, he decided to discount the customer. The customer received the order with a smile and thanked him for his generosity. This is the level of commitment we show towards our customers.”

Since then, they grew bit by bit, and they are happy about it. In due course of time, they have created their Facebook page where they started advertising the venture. Calcutta Delights is using WhatsApp as a tool to accept orders, thus making their customer acquisition protocol quite flexible and comfortable. They test ran their MVP for 3 months where they got a quite satisfactory result. They generated close to 70 bulk orders, including wedding and corporate events. As of now, they are acting as a hyper-local where they are delivering authentic Bengali sweets right at your doorstep.

Four of them are taking care of different responsibilities in the best possible manner. But they have admitted that it is difficult to communicate with each other being in faraway places. The only guy who stays in Kolkata looks after the field operations; from choosing the delivery boys to processing the orders. Meanwhile, the other three are taking care of the entire marketing hence assuring him to reach the target customers in the best way possible way.

However, they are having a second degree model up their sleeves where they will be manufacturing high quality, sugar-free sweets at a low cost. This product will be tailor made for the health conscious section of the society as well as for the diabetic and high blood pressure patients. They are using their current model as a ladder to materialize the second-degree model. But, they believe in themselves and in making things happen. So, they are hopeful about the investors who are willing to take interest in funding their venture to bring Calcutta Delights in prominence.

“Life is not just a race. Things can be added and subtracted in life. We are just doing it in our own way. We are just college buds and we’re not dying tomorrow. So, we want to take our time and grow steadily.” adds the one who initiated the flame with a smile. It is never too late and these fellows know it surely!

I think it has been a great journey both for me and them at National Startup Launchpad at IIT, Kharagpur in association with Kolkata Ventures.