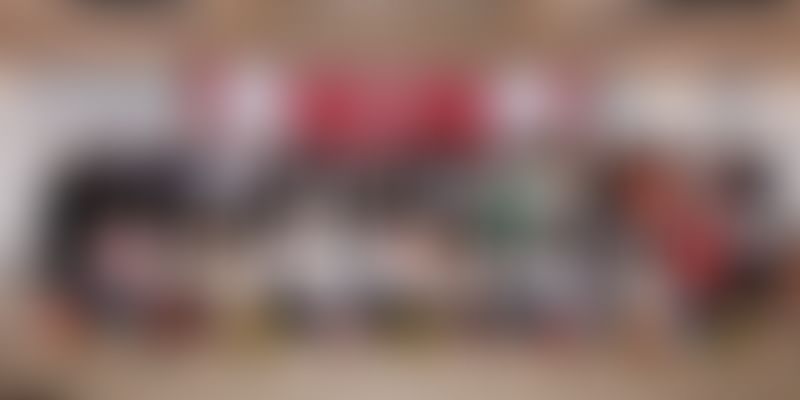 GUSEC, in association of TiE Ahmedabad, had launched herSTART, an initiative to promote women-led startup ideas on January 31, 2019. More than 650 participants applied for the program, out of which 120 were selected for a two-day bootcamp. The bootcamp was followed by a pitching session of these young, women ideators, based on which 35 ideas were selected for pre-incubation support.

The top 5 ideas were further awarded cash prizes worth Rs. 1 lakh to Rs. 4 lakh, funded by the Motwani Jadeja Foundation. The program was open to first-time women ideators, aged under 30. The felicitation ceremony was attended by Peter Cook, the British Deputy High Commissioner to Gujarat and Rajasthan; Jaimin Vasa, President of Gujarat Chamber of Commerce and Industry; Sunil Shah, Chairperson of Gujarat Innovation Society; and local startup investors and enablers Sunil Parekh and Pavan Bakeri.

The Vice-Chancellor of Gujarat University, Prof Himanshu Pandya applauded all the participants for their active participation and congratulated the winners for outstanding ideas. He also added that GUSEC, Gujarat University is committed to support and extend all possible support from the council.

The Chief Guest, Principal Secretary to Government of Gujarat, Anju Sharma, addressed the gathering saying, “This is the need of an hour to encourage and support women entrepreneurs. I congratulate Gujarat University and the team of GUSEC for organising such an exclusive program for women.” She also added that GUSEC has been at the forefront in implementing Student Startup and Innovation Policy (SSIP) and achieved best outcomes for any university. Later, the Secretary interacted with all startups on their challenges and how universities could be better be supportive of innovations and startups.

Rahul Bhagchandani, Group CEO of GUSEC, said, “The outcome of this program has been well beyond our expectations. While we had originally planned that around 20 startups will emerge out of this, the ideas that were brought on the table have been incredible. We hope to also run a special mentoring program for these startup aspirants to ensure their ideas get a kickstart.”

herSTART was organised with the support partners including the Department of Science and Technology, Government of India, Student Startup and Innovation Policy of Gujarat, Industries Commissionerate of Gujarat, British Deputy High Commission in Gujarat, British Council, Consul General of Israel in Mumbai and Citi Bank.

Orthopedic device design to prevent or manage after knee surgery therapy with the use of mechanical part which interfaces with the micro-controller , display and rechargeable battery unit.

Bioplastic is a kind of plastic made out of plant components which is biodegradable in nature. It can truly be the replacement of synthetic plastics because it has almost the same properties as of the conventional synthetic plastics.

Virtual Hand is a HID (Human Interface Device) that allows you to control the mouse pointer on a Windows computer by tracking your face movements.

A herbal composition to treat and prevent diabetes by healing a pancreas, being a root cause of the problem, with no side effects, high efficiency and best of all better taste.

Fight against the social insects by providing qualified psychologists and academicians aims at using expressive arts to systematically address these issues by designing courses, curriculums, online platform to create a safe space and awareness for kids.