And then there was another statement made by Mark Zukerburg of Facebook, during his Live Chat on Facebook, “I think people who are naysayers and try to drum up these doomsday scenarios — I don’t understand it” and while answering another question Zuckerberg replied. “It’s really negative, and in some ways I think it’s pretty irresponsible”

Flood gates opened with these statements on various social media wherein Elon Musk slammed Mark stating “his understanding of the subject is limited”, and our dear Times of India also carried a small piece of information in its print edition on Wednesday,26th July, 2017

In the melee, on Tuesday, Andrew Ng, a AI researcher for quite some time and ex-chief scientist at Chinese tech giant Baidu gave out this statement, a snippet from his talk

“I’ve been in a lot of private conversations with AI leaders, or business leaders who are working on new AI products that will wipe out tens of thousands of jobs in a single company, maybe more across multiple companies,” while adding, “And the interesting thing is that a lot of people whose jobs are squarely in the crosshairs of the technologies, a lot of people doing the jobs that are about to go away, they don’t understand AI, they don’t have the training to understand AI.”

“And so a lot of people whose jobs are going to go away don’t know that they’re in the crosshairs” Ng concluded.

When I read the first statement made by Elon Musk last week sometime, I jumped out of my seat, got all my Full Stack Engineers community communication channels opened up, drafted a nice small email asking our community members for their opinion, whether Artificial Intelligence is indeed a threat to Human Civilization. I did not know how to reach out to the greatest Artificial Intelligence Engineers or Data Scientist immediately, but knew that our community which is focused on building capabilities to become Full Stack Engineers, meeting regularly to learn new elements in technology, upgrade ourselves and are always ready to do something new, would be of some help.

Here is their opinion:

So, what do we infer from all these varied statements coming from all corners of the world.

Do you think Artificial Intelligence is a threat or will it accommodate Humans? Reasons for your choice

Achaiah PM, Consultant at CEO Office, Above Solutions, Inc., Bangalore had this comment

“Yes, it seems like a threat, wherein the chances of such Bots being hacked and having their own decision making capabilities cannot be overridden. Hence moderation would be required”

Ganesh Samarthyam, Founder of CodeOps Technologies and also a leading Conference organizer and organizer of various Tech Meetup Groups plus an author reserved his comments like this

“Depends on how the evolutions of Bots occur. Bots are useful but would like to see how they evolve. Ideally would like to reserve my comments for some more time”

“Wouldn’t comment negative at this stage, too early to comment on the long-term impact. However, they are more beneficial overall”

Other reactions that we received, had some amazing comments too. Here are few:

- “Yes, needs moderation since terrorists can use them against innocent people”

- “No not a worry, we created them so we would be better off in controlling them”

- “Yes, it is threat, how will Bots analyze which is good or bad for mankind”

- “No, looking at our history, Bots will not be a threat. Humans will be better than Bots”

- “Not a threat, it will better our lives and allow us to explore more”

- “We created them and are any day superior, hence it is not threat, we will have a superior power to manage them”

Trying to guage the best possible answer for this question, I remembered an old article published by The Guardian, in the month of Feb, 2017.

The story was something like this in simple lines

Wikipedia, as you know as the web Encyclopedia with rich repository of information, and for many people it is the go to place to find answers for their queries or knowledge consumption. Wikipedia initially started off with some “BOTS” or “Robots” that were meant to mend the errors in content, add links to other pages, and perform other basic housekeeping tasks.

And over a period of time, the number of BOTS exploded and the combat / War of BOTS began, wherein BOT1 would mend a link and BOT2 would go undo the changes. But these BOTS were built to make Wikipedia / the Encyclopedia better, and were not intended to work against each other. So, the war continued unlike Humans, wherein after certain amount of strain, Humans tend to cool off or try to take a break but the Bots continued. Researchers from Oxford and Alan Turing started their analysis, trying to gauge the effects of these BOT wars. They were surprised to see many varying changes, wherein German Language BOTS (edits 24 times) fought less unlike Portuguese language BOTS (edits 185 times) and English language BOTS (edits 105 times) though fought lesser but comparatively just better than the Portuguese BOTS

The findings show that even simple algorithms that are let loose on the internet can interact in unpredictable ways. In many cases, the bots came into conflict because they followed slightly different rules to one another.

Yasseri of Oxford Internet Institute believes the work serves as an early warning to companies developing bots and more powerful artificial intelligence (AI) tools. An AI that works well in the lab might behave unpredictably in the wild.

As more decisions, options and services come to depend on bots working properly together, harmonious cooperation will become increasingly important. And this is the key for the evolution of successful Bots

Earlier this year, Google’s DeepMind set AI against each other to collect Apples in the Apple game. The Bots co-operated while Apples were plentiful, but as soon as the supply got short, they turned nasty. In 2011, scientists in the US recorded a conversation between two chatbots. They argued a lot and ended up arguing about God.

Now, we wouldn’t know whether God is also working on few Bots in his Labs to score better than Human created Bots. Time is the answer. And I am always trying to find ways on how to explore his Engineering Labs

So, what do we infer from all these data. As a Human I would love to watch all this happening in a Screen as part of the movie but in real life, it can create havoc, and I am a little worried. So, I learnt that I need to have the capabilities to tide over any such havoc to be successful in LIFE

And on one of those beautiful Bangalore Sunday mornings, looking into the mirror, I asked myself, which version am I today.

Clueless … (with wide eyes open) … my brain stopped all its functions to calculate the results and deliver. My mind screen blinked, “NO DATA AVAILABLE”

I recollected myself, took a scribble pad to write down what needs to be done to be the next version of myself. The answer for all my theories were there very clear, that I had to gain more knowledge / wisdom as days pass by. I need to learn new skills, learn new stuff, learn something new everyday.

But working for many years and having seen ups / downs of career, taking out a new book and reading was one of the most tiresome jobs. So, I said, let me network and talk to people. Learn or share new stuff with people. Attend some Full day fun filled Meetups / Workshops / Conferences to learn new stuff. This seemed easier

And with this led me to start a small Community for Full Stack Engineers in Bangalore, Karnataka India. At this community Meetups, we regular meet and listen to some successful stories or learnings or gain some insights from varied people from varied tech experienced professionals. The community is growing slow and has completed 6 Meetups and 4 full day Hands On Workshop sessions in the last 6 months. We intend to do more in the coming days. And if you would like to learn new stuff or would like to share some of your experiences, we would always WELCOME everyone to the community. And helping me is Naveen Pete & Cibe Sridharan

My inspiration to start this of course has been Janardhan Revuru, Ganesh Samarthyam & Hari Kiran, who manages varied Tech Community groups across technologies helping people gain newer insights as it happens. Thanks to them once again

And in due course of this community building, I also happened to meet Vivek Singhal, Co-Founder & CEO (Healthiply.in), AI Data Scientist (EraStrat), who offers his bundle of knowledge / wisdom through his Community and shares some AI related InfoBytes through his company EraStrat. He has been very encouraging and helping me further my cause

Learning comes from reading, talking to people, exchanging ideas, building new stuff. If you think you are a literate, then rethink after reading the below statement

And if you are an Engineer — I would like to ask you one thing — What have you created?

As Balaji Viswanath, CEO of Invento mentioned in one of his Quora Answers “Engineers have a unique job. We have the job of srushti — of creation. Of bringing things that never existed. Doctors and mechanics have to merely fix broken things. Lawyers and accountants have to merely keep up with rules and fineprints. Engineers just don’t get involved only when things go wrong. Engineers can get positively involved to get things right from the start. None of this scientific revolution would have occurred without us, Engineers.

Physicists and mathematicians can dream of things but only an engineer can bring to life. If physicists are like fathers of an idea — just bringing the sperm, engineers labour it like mothers — through all the pain to bring that kid into existence.”

And if you are in the Software Engineering field, learning needs to be constant. Irrespective of whether you would use the new upcoming technology or not, but learning new stuff gives you a newer dimension to create newer stuff. And during the learning and creation of new stuff, request you all to build better stuff that would help mankind live life in safer & happier moments.

So, which version are you today and which were you yesterday? Have you asked this question anytime to yourself? If yes, and you see a blank screen, you would know how my blank mind was too.

Stop asking these questions and start learning something new today and everyday. Join any of the community groups listed below as per your interests and become a better version of yourself.

Communities managed by my friends — http://codeops.tech/meetup

Or join any of the upcoming Workshops, learn new stuff, experiment, create new stuff. To get details about the upcoming new Workshops, request you to send an email to me: kiran@crosst.in  with your details and I will keep you posted about the latest Workshops happening in town especially Bangalore for now.

WISHING THE BEST NEXT VERSION OF YOU !!! Always … 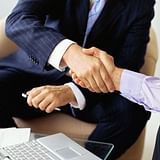 The Ultimate Guide How to Start a Finance Company 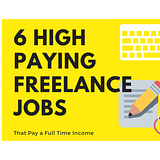 6 Freelance Jobs that Can Pay a Full Time Income

George Plus Kate Best of Budgets